Like every AWS offering, Amazon ElastiCache started out simple and then grew in breadth and depth over time. Here’s a brief recap of the most important milestones:

When you start to use any of the AWS services, you should always anticipate a steady stream of enhancements. Some of them, as you can see from list above, will give you additional flexibility with regard to architecture, scalability, or location. Others will improve your cost structure by reducing prices or adding opportunities to purchase Reserved Instances. Another class of enhancements simplifies the task of building applications that are resilient and fault-tolerant.

Multi-AZ Support for Redis
Today’s launch is designed to help you to add additional resilience and fault tolerance to your Redis Cache Clusters. You can now create a Replication Group that spans multiple Availability Zones with automatic failure detection and failover.

After you have created a Multi-AZ Replication Group, ElastiCache will monitor the health and connectivity of the nodes. If the primary node fails, ElastiCache will select the read replica that has the lowest replication lag (in other words, the one that is the most current) and make it the primary node. It will then propagate a DNS change, create another read replica, and wire everything back together, with no administrative work on your side.

This new level of automated fault detection and recovery will enhance the overall availability of your Redis Cache Clusters. The following situations will initiate the failover process: 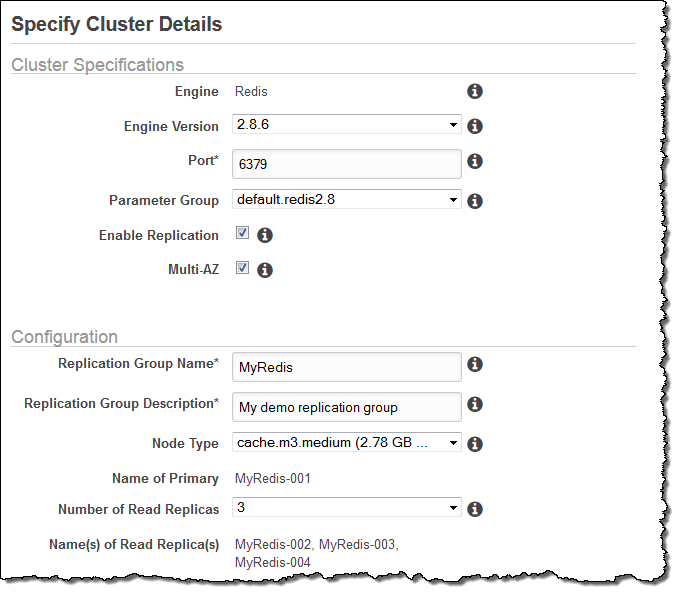 A diverse set of Availability Zones will be assigned by default. You can easily override them in order to better reflect the needs of your application: 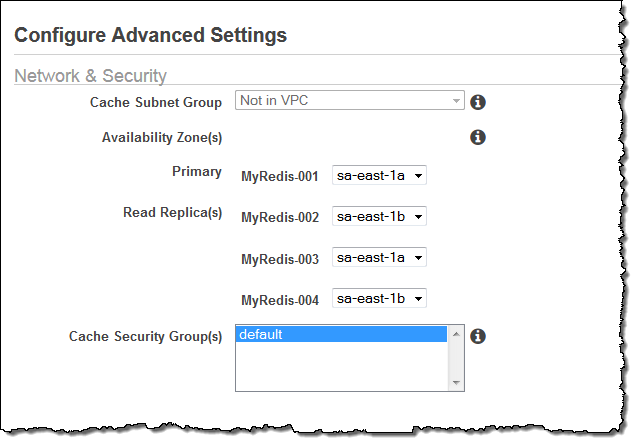 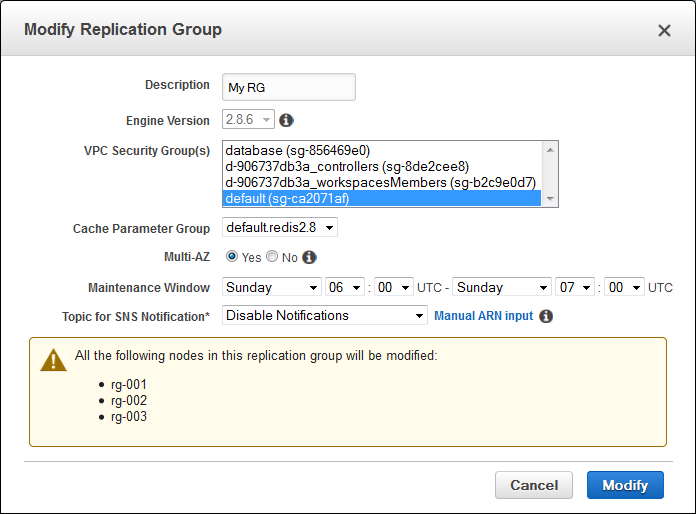 Things to Know
The Multi-AZ support in ElastiCache for Redis currently makes use of the asynchronous replication that is built in to newer versions (2.8.6 and beyond) of the Redis engine. As such, it is subject to its strengths and weaknesses. In particular, when a read replica connects to a primary for the first time or when the primary changes, the replica will perform a full synchronization with the primary. This ensures that the cached information is as current as possible, but it will impose an additional load on the primary and the read replica(s).

The entire failover process, from detection to the resumption of normal caching behavior, will take several minutes. Your application’s caching tier should have a strategy (and some code!) to deal with a cache that is momentarily unavailable.

Available Now
This new feature is available now in all public AWS Regions and you can start using it today. The feature is offered at no extra charge to all ElastiCache users.