I recently spent some time on the phone with the folks from King to learn more about how they use Amazon CloudFront to serve game content to a world-wide audience.

The company was founded in 2003. At that time, they built web games easily accessed from the various portal sites that were ever so popular at that time. Around 2009 their initial experiments with Facebook games were a success, as were subsequent Facebook-centric mobile games. With the handwriting on the wall becoming clear, they built socially connected, cross-platform games that ran equally well on the web and mobile devices, allowing their users to pick up the nearest convenient device and resume playing while maintaining their progression in the games. The goal is to let users connect and play anywhere, at any time, on any device.

As of the first quarter of 2015, their 364 million players come from over 200 countries and rack up 1.6 billion game plays per day. Many of these plays occur in short bursts while the player is in the subway, waiting for a dentist appointment, or waiting in line. The players (many of them in the over-24 age group) don’t think of themselves as gamers, but they do enjoy being entertained by casual game play. Players come from all over the world — many from the United States and Europe, with other markets including Japan, China, and Korea (amongst others) also important. The game logic is universal, but promotional activities and in-game events are tailored to local calendars and markets. 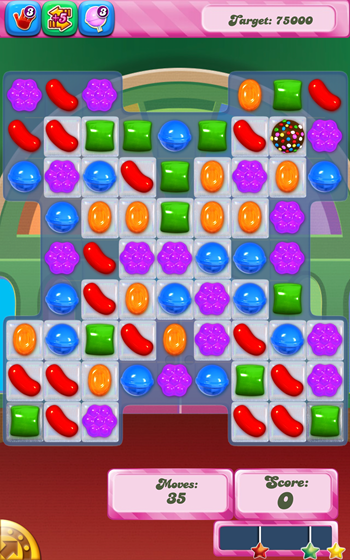 We talked at length regarding the challenges that come with the need to deliver game content to a global user base. Some players are on older mobile networks (2G or 3G), with limited bandwidth, modest amounts of peering, and intermittent connectivity. Regardless of location or technology, players need fresh content so that they can use the game instead of waiting for it to load.

The team at King chose Amazon CloudFront as the content delivery vehicle for their games. The factors that influenced this decision included:

Global Reach – They are able to take advantage of CloudFront’s global network of edge locations.  With locations in the US, Europe, Asia, Australia, and South America, CloudFront is able to deliver content efficiently to users all over the world.

Platform Features – They appreciate the fact that the CloudFront service gains new features on a regular and frequent basis (see CloudFront What’s New for a comprehensive list).

API Access – The developers and operators at King are able to use the CloudFront API to manage game content as an integrated part of their application release cycle. This self-service model allows them to get fresh, consistent content out to their users as quickly as possible.

Scale – CloudFront currently delivers hundreds of terabytes of content for King every day, with spikes to half of a petabyte or more when they launch a new game or initiate a large-scale marketing program.

Performance – With a goal of providing the best possible user experience (which they called “bite-size moments of magic” on our call), they track latency, responsiveness, and load times for each game. All of the metrics improved when they switched to CloudFront.

Learn More
To learn more about CloudFront, read the Getting Started Guide.