Ten Years in the AWS Cloud – How Time Flies!

Ten years ago today I announced the launch of Amazon S3 with a simple blog post! It is hard to believe that a decade has passed since then, or that I have written well over 2000 posts during that time. 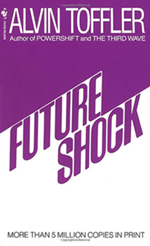 When I was in high school, I read and reported on a relatively new (for 1977) book titled Future Shock. In the book, futurist Alvin Toffler argued that the rapid pace of change had the potential to overwhelm, stress, and disorient people. While the paper I wrote has long since turned to dust, I do remember arguing that change was good, and that people and organizations would be better served by preparing to accept and to deal with it.

Early in my career I saw that many supposed technologists were far better at clinging to the past than they were at moving into the future. By the time I was 21 I had decided that it would be better for me to live in the future than in the past, and to not just accept change and progress, but to actively seek it out. Now, 35 years after that decision, I can see that I chose the most interesting fork in the road. It has been a privilege to be able to bring you AWS news for well over a decade (I wrote my first post in 2004).

A Decade of IT Change
Looking back at the past decade, it is pretty impressive to see just how much the IT world has changed. Even more impressive, the change is not limited to technology. Business models have changed, as has the language around it. At the same time that changes on the business side have brought about new ways to acquire, consume, and pay for resources (empowering both enterprises and startups in the process), the words that we use to describe what we do have also changed! A decade ago we would not have spoken of the cloud, microservices, serverless applications, the Internet of Things, containers, or lean startups. We would not have practiced continuous integration, continuous delivery, DevOps, or ChatOps. While you are still trying to understand and implement ChatOps, don’t forget that something even newer called VoiceOps (powered by Alexa) is already on the horizon.

Of course, dealing with change is not easy. When looking in to the future, you need to be able to distinguish between flashy distractions and genuine trends, while remaining flexible enough to pivot if yesterday’s niche becomes today’s mainstream technology. I often use JavaScript to illustrate this phenomenon. If you (like me), as a server-side developer initially brushed off JavaScript as a simple, browser-only language and chose to ignore it, you were undoubtedly taken by surprise when it was first used to build rich, dynamic Ajax applications and then run on the server in the form of Node.js.

Today, keeping current means staying abreast of developments in programming languages, system architectures, and industry best practices. It means that you spend time every day improving your current skills and looking for new ones. It means becoming comfortable in a new world where multiple deployments per day are commonplace, powered by global teams, and managed by consensus, all while remaining focused on delivering value to the business!

A Decade of AWS 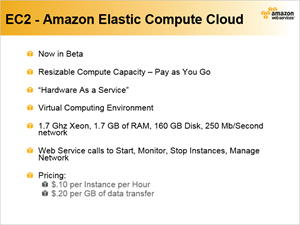 While I hate to play favorites, I would like to quickly review some of my favorite AWS launches and blog posts of the past decade.

First and Still Relevant (2006) – Amazon S3. Incredibly simple in concept yet surprisingly complex behind the scenes, S3 was, as TechCrunch said at the time, game changing!

Servers by the Hour (2006) – Amazon EC2. I wrote the blog post while sitting poolside in Cabo San Lucas. The launch had been imminent for several months, and then became a fact just as I was about to hop on the plane.  From that simple start (one instance type, one region, and CLI-only access), EC2 has added feature after feature (most of them driven by customer requests) and is just as relevant today as it was in 2006.

Making Databases Easy (2009) – Amazon Relational Database Service – Having spent a lot of time installing, tuning, and managing MySQL as part of a long-term personal project, I was in a perfect position to appreciate how RDS simplified every aspect of my work. 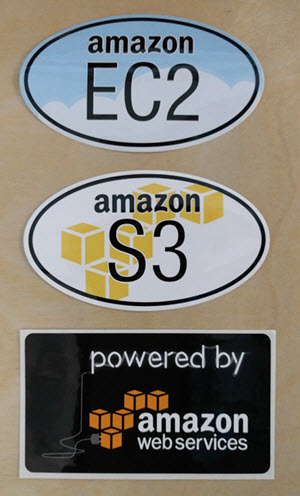 Advanced Networking (2009) – Amazon Virtual Private Cloud – With the debut of VPC, even conservative enterprises began to take a closer look at AWS. They saw that we understood the networking and isolation challenges that they faced, and were pleased that we were able to address them.

Internet-Scale Data Storage (2012) – Amazon DynamoDB – The NoSQL market was in a state of flux when we launched DynamoDB. Now that the smoke has cleared, I routinely hear about customers that use DynamoDB to store huge amounts of data and to support some pretty incredible request rates.

Data Warehouses in Minutes not Quarters (2012) – Amazon Redshift  – Many companies measure implementation time for a data warehouse in terms of quarters or even years. Amazon Redshift showed them that there was a better way to get started.

Desktop Computing in the Cloud (2013) – Amazon WorkSpaces – All too often dismissed as either pedestrian or “great for someone else,” virtual desktops have become an important productivity tool for me and for our customers.

Real Time? How Much Data? (2013) – Amazon Kinesis – Capturing, processing, and deriving value from voluminous streams of data became easier and simpler when we launched Kinesis.

A New Programming Model (2014) – AWS Lambda – This is one of those disruptive, game-changers that you need to be ready for! I have been impressed by the number of traditional organizations that have already built and deployed sophisticated Lambda-powered applications. My expectation that Lambda would be most at home in startups building applications from scratch turned out to be wrong.

Devices are the Future (2015) – AWS IoT – Mass-produced compute power and widespread IP connectivity combine to allow all sorts of interesting devices to be connected to the Internet.

Moving Forward
A decade ago, discussion about the risks of cloud computing centered around adoption. It was new and unproven, and raised more questions than it answered. That era passed some time ago. These days, I hear more talk about the risk of not going to the cloud. Organizations of all shapes and sizes want to be nimble, to use modern infrastructure, and to be able to attract professionals with a strong desire to do the same. Today’s employees want to use the latest and most relevant technology in order to be as productive as possible.

I can promise you that the next decade of the cloud will be just as exciting as the one that just concluded. Keep on learning, keep on building, and share your successes with us!

PS – As you can tell from this post, I strongly believe in the value of continuing education. I discussed this with my colleagues and they have agreed to make the entire set of qwikLABS online labs and learning quests available to all current and potential AWS customers at no charge through the end of March. To learn more, visit qwikLABS.com.