I often give presentations on Amazon’s culture of innovation, and start out with a slide that features a revealing quote from Amazon founder Jeff Bezos: 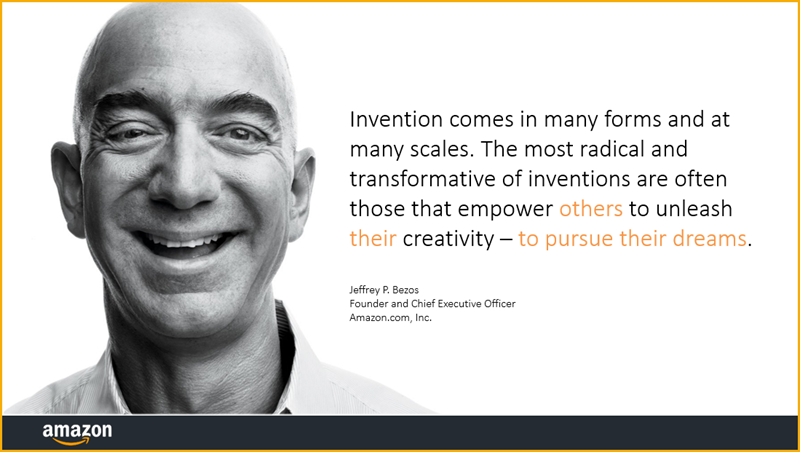 I love to sit down with our customers and to learn how we have empowered their creativity and to pursue their dreams. Earlier this year I chatted with Patrick Brandt from The Coca-Cola Company in order to learn how they used AWS Step Functions and other AWS services to support the Coke.com Vending Pass program. This program includes drink rewards earned by purchasing products at vending machines equipped to support mobile payments using the Coca-Cola Vending Pass. Participants swipe their NFC-enabled phones to complete an Apple Pay or Android Pay purchase, identifying themselves to the vending machine and earning credit towards future free vending purchases in the process

After the swipe, a combination of SNS topics and AWS Lambda functions initiated a pair of calls to some existing backend code to count the vending points and update the participant’s record. Unfortunately, the backend code was slow to react and had some timing dependencies, leading to missing updates that had the potential to confuse Vending Pass participants. The initial solution to this issue was very simple: modify the Lambda code to include a 90 second delay between the two calls. This solved the problem, but ate up process time for no good reason (billing for the use of Lambda functions is based on the duration of the request, in 100 ms intervals).

In order to make their solution more cost-effective, the team turned to AWS Step Functions, building a very simple state machine. As I wrote in an earlier blog post, Step Functions coordinate the components of distributed applications and microservices at scale, using visual workflows that are easy to build.

Coke built a very simple state machine to simplify their business logic and reduce their costs. Yours can be equally simple, or they can make use of other Step Function features such as sequential and parallel execution and the ability to make decisions and choose alternate states. The Coke state machine looks like this: 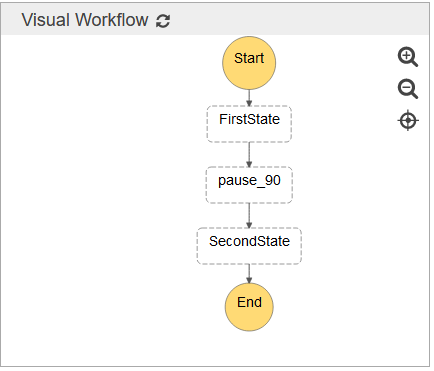 The FirstState and the SecondState states (Task states) call the appropriate Lambda functions while Step Functions implements the 90 second delay (a Wait state). This modification simplified their logic and reduced their costs. Here’s how it all fits together: 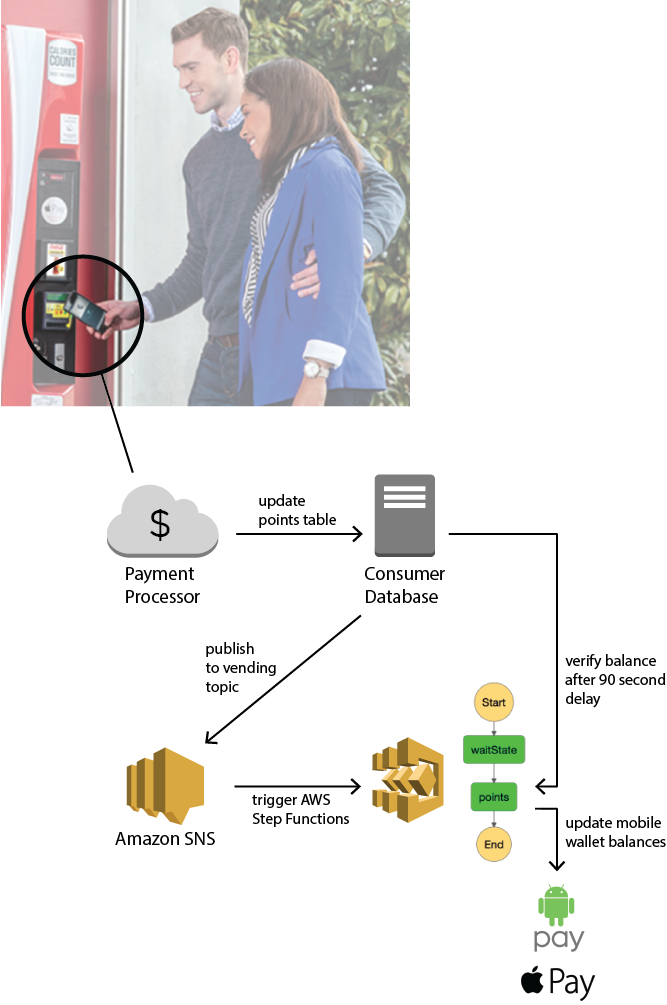 What’s Next
This initial success led them to take a closer look at serverless computing and to consider using it for other projects. Patrick told me that they have already seen a boost in productivity and developer happiness. Developers no longer need to wait for servers to be provisioned, and can now (as Jeff says) unleash their creativity and pursue their dreams. They expect to use Step Functions to improve the scalability, functionality, and reliability of their applications, going far beyond the initial use for the Coca-Cola Vending Pass. For example, Coke has built a serverless solution for publishing nutrition information to their food service partners using Lambda, Step Functions, and API Gateway.

Patrick and his team are now experimenting with machine learning and artificial intelligence. They built a prototype application to analyze a stream of photos from Instagram and extract trends in tastes and flavors. The application (built as a quick, one-day prototype) made use of Lambda, Amazon DynamoDB, Amazon API Gateway, and Amazon Rekognition and was, in Patrick’s words, a “big win and an enabler.”

In order to build serverless applications even more quickly, the development team has created an internal CI/CD reference architecture that builds on the Serverless Application Framework. The architecture includes a guided tour of Serverless and some boilerplate code to access internal services and assets. Patrick told me that this model allows them to easily scale promising projects from “a guy with a computer” to an entire development team.

Patrick will be on stage at AWS re:Invent next to my colleague Tim Bray. To meet them in person, be sure to attend SRV306 – State Machines in the Wild! How Customers Use AWS Step Functions.