Amazon Aurora is a fully managed MySQL and PostgreSQL-compatible relational database, offered as part of the Amazon Relational Database Service (Amazon RDS). With a managed service like Aurora, customers can free their teams from time-consuming database tasks like server provisioning, patching, and backups. Amazon Aurora provide continuous monitoring, self-healing storage, and automated scaling to help you focus on application development.

mysqldump is a utility used to produce logical backup of MySQL and MariaDB. This tool produces dumps in the form of SQL files that contain data definition language (DDL), data control language (DCL), and data manipulation language (DML) statements. The statements carry information about data structures, data access rules, and the actual data, respectively. It dumps one or more MySQL databases for backup or transfer to another server.

This approach is the simplest and is well suited to smaller databases (less than 50 GB in size) with a relatively larger downtime window. This downtime is dependent on the time it takes for the mysqldump process to complete. This method is a good fit for applications with higher downtime tolerance that is typical in development and test environments.

The following example runs mysqldump on a client to export data from external database, and then pipes the dump into the mysql client utility, which loads the data into the Aurora MySQL database.

mysqldump is simple to use, but it’s single threaded and therefore isn’t suitable for large databases. An open-source solution that supports multi-threaded export and import is a combination of mydumper and myloader. These are popular MySQL export/import tools designed to address performance issues associated with the legacy mysqldump program. mydumper is much faster than mysqldump because it supports backing up the database using multiple parallel threads, up to one thread per available CPU core. The utility produces several files, which you can use to restore a database using the related tool myloader. See the following code:

We ran mysqldump and mydumper (four threads) to export a 215 GB database data set on MariaDB instance running on an i3en.xlarge Amazon Elastic Compute Cloud (Amazon EC2) instance (4 vCPUs) to compare the performance with the exports. We restored the files produced by the export processes on an RDS r5.db.4xlarge instance using mysqlnative import and myloader (four threads). The following results show that the mydumper/myloader processes are significantly faster. Backup and restore time is in minutes (smaller is better). 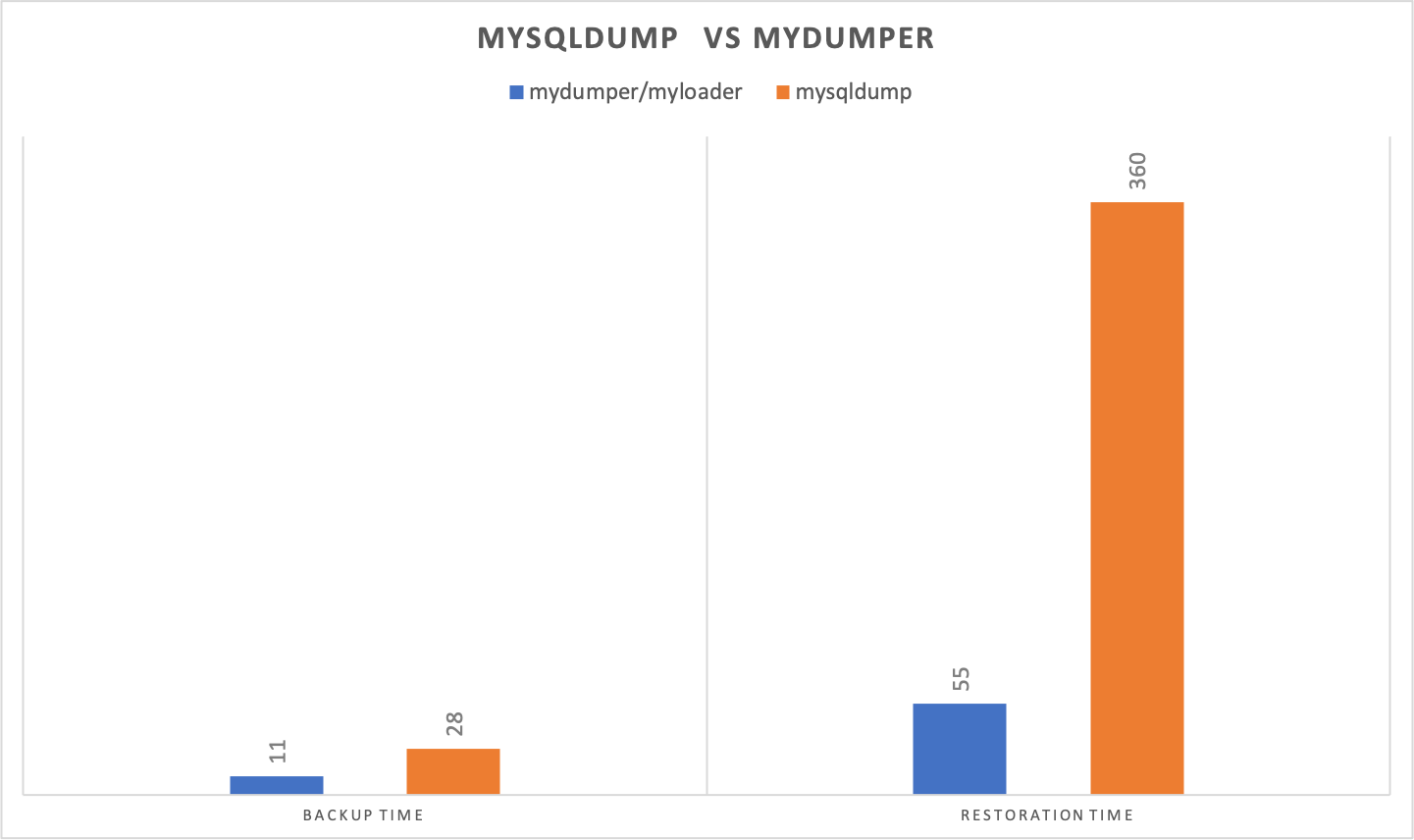 This method speeds up backup and restore, but there is still a downtime that is dependent on the time it takes for the mydumper and myloader process to complete. In the next section, we see how we can minimize downtime by setting up logical replication.

You can use logical binlog replication in conjunction with the logical export/import approach to reduce downtime. Using binlog replication , target Aurora MySQL instance will catch up to any transactions that happened on the source database during the restore process.

We start binlog replication from the self managed MariaDB to Aurora MySQL.

The steps to use binlog replication are as follows:

In the command output, the Seconds Behind Master field shows how far the Aurora replica is behind the source MariaDB database.

AWS Database Migration Service (AWS DMS) helps you migrate databases to AWS quickly and securely. The source database remains fully operational during the migration, minimizing downtime to applications that rely on the database. AWS DMS can migrate your data to and from the most widely used commercial and open-source databases. You can use AWS DMS for initial load into the Aurora cluster as well as for continuous data replication. AWS DMS captures changes from binary logs and applies them in a transactionally consistent way to the target.

To use this approach, complete the following steps:

In this post, we showed you different migration approaches to migrate a self-managed MariaDB/MySQL database to Aurora MySQL. We also discussed how to select your approach based on environment, database size, and downtime tolerance.

With a successful migration to Aurora, you can focus on what matters to your organization’s business, such as optimizing database design, capacity sizing, and performance tuning.

If you have any questions or suggestions, please leave us a comment.