Governance in the Cloud and in the Digital Age: Part Two

In my last post, I talked about one type of governance—the make-a-rule-and-enforce-it governance style, which applies to standardization, controls, compliance, and other areas that can be handled through general rules. For that type of governance, the digital world changes nothing aside from making it substantially more effective.

In the digital world, this second governance strategy—plan, decide, and execute—changes in interesting ways. It’s always had a number of problems, which we overlooked because we had no better way to govern. Good news: We can now overcome those problems with more digitally friendly techniques!

Challenges with the Traditional Model 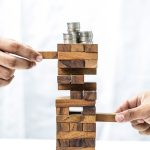 The first problem with traditional plan-and-govern is that it assumes we can make an optimal plan in advance of execution. In a stable, transparent business environment that we understand thoroughly, this assumption might be valid. But the more uncertainty we face, the less likely it is, in which case all our efforts to follow the plan are counterproductive. Today’s business environment, as you’ve undoubtedly discovered, is full of uncertainty, complexity, and rapid change.

While the plan-and-govern approach makes us feel warm and comfortable—it gives us the impression we’re being responsible and professional—in truth, we’re lying to ourselves if we think it’s a rational basis for making important decisions under uncertainty. It neither reduces risk nor permits the full range of activities that might add business value. Not that planning is bad. We just have to change how we use it for governance.

The second problem with plan-and-govern is that it leaves opportunities on the table. If we choose to invest in a three-year initiative, then our scarce resources are committed for those three years and are unavailable for other opportunities that arise. That’s fine…if circumstances don’t change over those three years and if no one in the enterprise has new, good ideas in that time. Annual budgets do the same. Because the budgeting process takes time, we might be executing against a plan made eighteen to twenty-four months earlier. If, for the sake of argument, the IT department has already spent its budget for the year and then discovers an area where an incremental $1 of spending will bring in an incremental $100 of revenue, it can’t take advantage of the opportunity.

A third problem is that planning has a cost in both dollars and lead times. On average, companies spend 25,000 person-days per billion dollars on the budgeting process¹. The more uncertainty companies face, the more the assumptions used in planning will prove to be incorrect, the more need there will be for change, and therefore the less value they get from the effort.

These problems have always existed, but they become more and more of a challenge as the pace of change increases. Until recently, we didn’t have the tools necessary to change our governance model. But we do now, at least for investments that are heavily focused on information technologies—both hardware and software—which, by no coincidence, are the essence of the digital era. 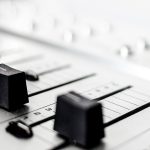 There’s a simple principle that drives good digital governance: In an environment of rapid change, complexity, and instability, we govern better by continually sensing change and adjusting plans appropriately. That doesn’t mean losing control—it means increasing control by responding to change. It doesn’t mean being lazy by not following plans—it means working extra hard by constantly re-evaluating and adjusting. It doesn’t mean being undisciplined—it means creating a new discipline that carefully and rigorously adjusts plans to get the best outcomes.

How can we adjust constantly in a rigorous, responsible, and controlled way? It seems paradoxical. Here are some rules of thumb that will help. 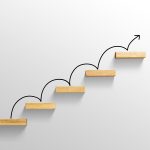 The core of good governance in the digital world is to work incrementally—and finance incrementally. The amazing thing about digital technologies is that they let us deliver frequent, small chunks of finished and value-adding work. The best governance models take advantage of that by investing in small chunks, each time reviewing the results and adjusting the plan.

We’ve gotten used to planning large IT projects whose results aren’t realized until the end. But such investments are overly risky: resources keep pouring into the initiative—and therefore being placed at risk—before the outcome is known. Much better, now, is to invest in and deliver small chunks, so that only the investment in that small chunk is at risk.

It seems impossible only because we are so used to designing large projects. In the digital world, it’s almost always possible, with some ingenuity, to break a large concept down into small pieces, each of which adds value. Note that I am not talking about building software in small chunks—I’m talking about delivering it in small chunks. Each independent piece must actually be put into use as soon as it’s ready.

Leaders sometimes worry that with small, incremental initiatives, there’s a danger that they won’t add up to a coherent vision. Think of it in reverse—you’re starting from the overall vision, but instead of building the whole thing and only then finding out whether it works, break it into smaller pieces that you can use as checkpoints. Then actually use them as checkpoints, adjusting course if you find a better way to accomplish the end goal. Each small chunk should independently add value toward your end goal.

By staging your investments in small chunks, you can make good incremental investment decisions. But remember, each incremental investment is small and low risk, so your decision-making process should be quick. You can structure the decision this way: Compare the results you’ve gotten so far with the investment you’ve made to date. That tells you whether the initiative is healthy. Then compare the planned spending with the best guess for what will be completed. That gives you the business case. Again, it need not be a very exact business case, because your risk is tiny.

Small, incremental investment governance is not optional in the digital world. It should be enforced. If you are a CFO or on a steering committee deciding whether to invest in an initiative, you should ask: How small and fast will our deliveries be? How will those deliveries be used to learn from and adjust plans? How will early deliveries mitigate the risk of later deliveries? 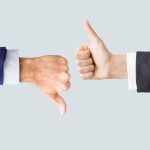 That way of saying it is a bit tongue in cheek, but let me explain. An investment initiative is undertaken in order to accomplish a particular business objective. If it does not seem to be accomplishing that objective, that’s not an indication that the objective was wrong! Just pivot and try a different approach. The team executing the initiative should change its plans, and the governance decision-makers should continue to invest.

On the other hand, if the initiative is delivering successfully, then it’s good governance to stop it as soon as enough value has been delivered that resources are better applied to other objectives…even if the original plan hasn’t been fully executed. Let’s say that the original plan was to spend twelve months raising the metric “cases processed per day” from seventy to one hundred. After six months, the team finds that it has raised the number from seventy to ninety. At that moment, whoever is responsible for financial governance needs to make the following decision: Is the marginal cost of moving the metric from ninety to the planned one hundred worth investing, or would those same resources be better spent on a different initiative, given what is most important to the company at that moment? It’s entirely possible (likely, even) that a good decision would be to stop the project—because it is successful.

I mean this very seriously. At that moment in the project, if you decide to continue it because “that’s what the plan was,” then you’ve destroyed shareholder value and are not exercising responsible financial stewardship. 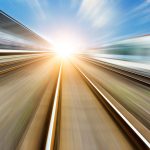 Investments and budgets are based on strategic objectives. What matters is the objective, not the particular way of achieving it. If, during execution, it turns out that there is a better way to accomplish the goal, then it’s irresponsible stewardship not to pivot to the new and better way.

When you fund an initiative, the business decision you are making is along the lines of, “Yes, it’s worth spending twelve months to raise the number of cases processed per day from seventy to one hundred.” You may have a plan in hand that gives you confidence that the goal can be accomplished, but the plan isn’t what’s important—it’s the goal. The plan is a hypothesis: “If we execute this plan, then it will increase the number of cases per day from seventy to one hundred with twelve months’ work.” While executing the initiative you’ll find out whether your hypothesis is valid. If it turns out not to be, then the responsible thing to do is to formulate a new hypothesis and change course.

This is a difficult adjustment. You need to put in the effort to re-evaluate each investment frequently. Everyone involved must candidly examine the results as the project unfolds, willing to accept the need to pivot. The project must be designed so that it continually delivers results that either confirm or disconfirm the investment hypothesis.

For digital investments, this method of governance is entirely possible and feasible. It’s being used by other companies. It is also the only responsible way to govern in an environment of change.

In the next post, I’ll talk about good governance specifically in the cloud.

The CFO and CIO: Partners in Success
Micro-Optimization: Activity-Based Costing for Digital Services?
Introducing FinOps—Excuse Me, DevSecFinBizOps
Finance as a Competitive Advantage
How to Think Like a Digital CFO
Management and Governance on AWS