Taking Inspiration from Others: Transformation at DB Systel Part 1 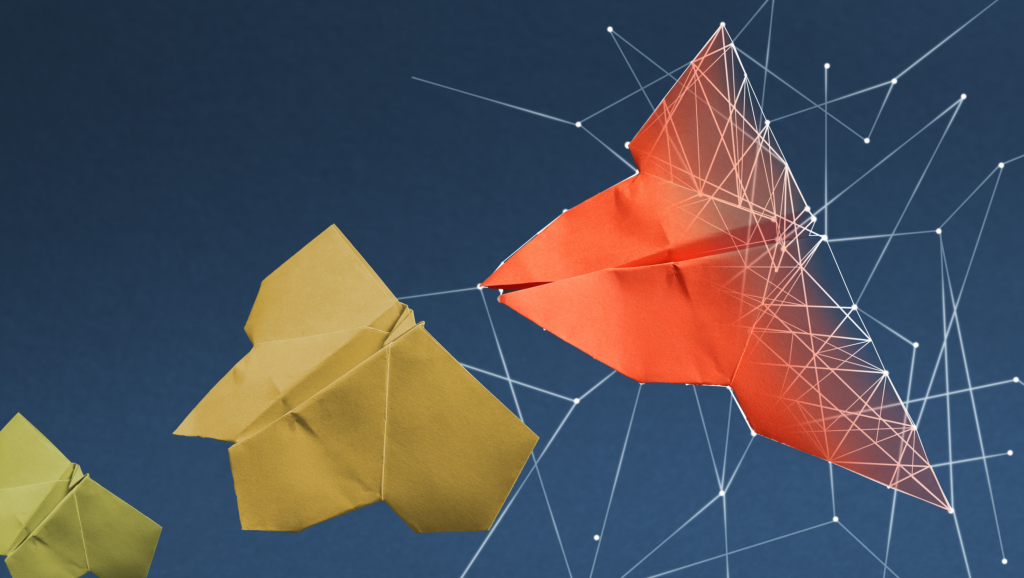 Pick an organisation to transform into a modern, agile, and self-organised equivalent. Would you pick one of the biggest transportation companies in the world which happens to be a German state-owned, 150-year-old railway organisation with Works Councils? Probably not, and yet DB Systel, part of Deutsche Bahn, shows us that any organisation given the right leadership, persistence, and mindset can transform. I recall listening to DB Systel’s former CEO Christa Koenen talk at an AWS meeting not just about the successes of the transformation but also the mistakes that were made, a grounded view of how transformations really come about.

In this first blog post, two of those deeply involved in this transformation, René Schneider and Andrea Sturm, share how DB Systel transformed itself from a classic hierarchy into self-organised teams, making them faster and more cost-effective and less encumbered by the bureaucratic overheads that plague many organisations. It now delivers 20% more revenue while continuing to look for further ways to improve. This approach enabled DB Systel to finish their AWS cloud migration 18 months faster than expected and to be a driver of digitisation and deliverer of value rather than a classic IT service provider. It inspired me—I hope it does you too.

Deutsche Bahn Group is huge, responsible for basic railway operations and logistics, running Germany’s largest car rental company and property portfolio hotels, and involved in engineering and heavy industry. Everything except banking! With over 320,000 employees, it’s one of the largest, most complex enterprises in Europe.

Like most organisations, Deutsche Bahn has been focused on digitising its business for several years to address the demand for flexibility, speed, and changing customer behaviours. It was a difficult undertaking given the cost pressure on the existing operation and the demand for new technologies and innovation. DB Systel is one of about 800 subsidiaries that brings specialist skills to the group, acting as the cloud integrator, enabler, and driver of digitalisation.

Early on in the journey it quickly became clear that simply translating written specifications into integrated new services for use across Deutsche Bahn was inadequate. More fundamental changes were required to adapt to the fast paced changes demanded by customers and the market, becoming an enabler rather than a blocker to work around. The classic Taylorist command-and-control corporate structure had to change.

While transformations are never complete, what we have morphed into today has already exceeded our expectations. This is our story of how we achieved this. While the devil is in the details, we hope this inspires your own organisation’s journey to become a better version of itself. It exciting to see what happens when the true potential of slumbering organisations is set free.

Despite adopting innovative services like the cloud to enable more rapid transformation, our own organisational structure and supporting processes developed over the years prevented us keeping up with demands. For example, a new cloud service released by AWS, commissionable with a few clicks, would take us months to enable for customers due to coordination efforts. Organisational complexity, departments’ self-interests, and convoluted decision-making compounded this. Out of frustration, customers often bought and integrated these services themselves.

Aggravating this were challenges finding employees for an increasing number of open roles. Low unemployment in the technology industry, and our reputation as a dusty IT service provider operating classic data centres, made us an unattractive company to join.

Where are we now?

Well, we’ve exceeded our own expectations in the last seven years. Many of the positive developments which benefit DB Systel today were not previously apparent, emphasising the need to take an agile approach to change.

Agile ways of working have fueled productivity. We have a constant, fast rhythm with increased transparency and role clarity for everyone. Breaking down work into time-bounded cycles focuses us on action, preventing analysis paralysis.

Employee satisfaction has increased, surprising us given the many changes to the working methods. It quickly became apparent that employees understood that these changes made work easier and more fun. Being empowered to make decisions without the coordination overhead of management was liberating! Employee turnover decreased. Discussions turned from concerns or challenges to solving problems when, and only when, they really needed to be solved.

One consequence of all of this is that today DB Systel is one of Germany’s leading enterprise cloud integrators, benchmarking more than 18 months ahead of other German enterprises, and with over 550 teams continuously developing their respective businesses, within and beyond IT.

At the start of the transformation, we thought deeply about the journey prerequisites for the new world of work. We didn’t know how the journey would unfold or what the end state would really look like. We addressed this by establishing a system that constantly and critically questioned itself, viewing external perspectives as welcome inputs, not attacks.

Without top management’s commitment, we would have failed. This was more than just support. Their active participation helped shape the change and demonstrate leadership by example such as actively taking on issues. This was supported by a simple, clear vision: to work in a self-organised, agile manner to advance the DB Group. We had already experienced the positive outcomes of this with, for example, the cloud. Its true potential could only be unleashed by changing decision-making and communication processes. If we could make a technology change by just pushing a button but it actually took three weeks to decide to push the button, we have an issue.

An equally important success factor was the engagement of employee representatives. A shared vision enabled a general works agreement to be negotiated for the transformation, created as a living document, evolving based on experiences and learnings.

In addition to these prerequisites, we defined principles to keep ourselves grounded during the changes. A central principle was the formation of cross-functional, agile teams with up to nine team members with each team deciding how to structure. We drew on Douglas McGregor’s 1960s XY theory, acknowledging that humans strive for meaning and ownership rather than control. The use of hypotheses was encouraged to test decisions and learn quickly and continuously. This reduced unnecessary work and risk. We analysed 110 typical management tasks including vacation planning, salary management, and budget control, distributing these to individuals on the teams or the teams themselves. This created more team responsibility and a willingness to take more ownership. Each team developed responsibility for their business end-to-end, including costs, profitability, and continuously developing their team members.

We realised during the process that our classic management structures would be superfluous, but that this also increased the work teams had to do, in turn increasing the need to support their daily work with appropriate structures. These structures are based on servant-leadership so accountability is not taken away from teams. The concept of middle management became redundant.

The second principle was working to an appropriate business rhythm. Each work cycle informed the next. Retrospectives identify changes required to ensure clarity of purpose, value-add, and measurable acceptance criteria. Unlike previous processes, these retrospectives focused on topics holistically: technology, people, processes, and relationships. In mature teams that had practiced weekly retros for years, they spent a higher proportion of time on relationship, not technical, topics, including involving the support teams and customers in their daily cadence.

A question quickly arose as to how to ensure that the strategic direction of DB Systel was followed with teams working independently. The principle here was the separation of the “what” and the “how.” Leadership sets the strategic goals, which as cascaded to teams via support structures, which translate the strategy into business goals. These goals only define “what” needs to be achieved, with the responsibility for “how” goals are achieved lying with the teams.

We started the transformation with the principle “in the beginning there was pain!” The pain was the perception of DB Systel as a barrier to, not a driver of, digitisation. We established an interdisciplinary transformation team founded on agile principles. The team was tasked with developing guidelines for the path through the transformation based on continuous learning. We didn’t realise at the time that the transformation would influence almost everything along the way.

What was, and is, our goal? Simply to maximise customer benefit while dealing with constant changes by anticipating them through short iterations, fast feedback, and a high degree of transparency. Fundamentally we wanted to be understood as an important contributor to the business.

The newly formed agile teams were successful quickly. Customer requirements were met more efficiently, flexibly, and cost-effectively in the cloud environment than before. Success led to more self-organised agile teams starting, almost all internally resourced. Existing and new business migrated to the teams step-by-step. We found that employees wanted to be part of this new way of working, rather than having to be sold on the idea, an important element of change management.

Our new ways of working were liberating and motivating, not just for our business partners, but for our teams members as well, unleashing talent across DB Systel.