The CPO-CIO Partnership Part 2: Taking the Gloves Off 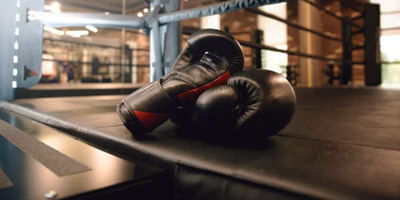 The harder you push,

the harder the system pushes back.

A CIO is hired and charged with “fixing IT.” They launch a major reorganisation based on a desire to be an agile, digital-first, data-enabled, platform-based organisation (thank you, Dilbert). IT-staffed product teams are created, although bereft of the outsourced infrastructure resources and scarce security professionals. A lengthy new vision is unveiled about IT as a business enabler, underpinned with new values and forty key metrics. A business relationship team is created to “align” with the business. Big initiatives are started, based on assumptions and intended to be the leader’s legacy. Nothing is stopped to make room for these changes. Individuals raising concerns are accused of having a legacy mindset.

With no clear accountabilities for successful delivery, turnover soars, employee morale drops, and lines of businesses invest heavily in shadow IT. A learned helplessness settles into the IT team, unable to make customers happy due to overwhelming oversight and a lack of ownership. The big initiatives are on the ropes but are still pushed forward, and others are blamed for issues. The values and vision remain on a few posters, forgotten by most, if ever known in the first place. A new CIO eventually comes in to fix these problems…and so the pattern repeats.

While this story could, and often does, apply to other functions, technology is seemingly more prone to these issues given that we are often asked to create new applications with new technologies. IT isn’t exactly a cookie-cutter manufacturing line with clear ownership. Technology complexity coupled with a lack of business understanding of technology creates the perpetuation of these issues.

Biases about what worked in a previous role, what the new CIO has been told, a misunderstanding of the how the organisation really gets work done (hint: it’s not the org chart), and leadership theatrics lead to these failed changes. Jim Collins calls the result the “doom loop”: radical changes or initiatives launched without deep consideration of the environment. Energy is then expended trying to gain and sustain momentum for the initiative, spiralling out of control.

Here, the relationship between the Chief People Officer (CPO) and the CIO can make a real difference. My first CPO blog post framed culture as organisational software. Just like large technology initiatives, attempts at big cultural changes suffer from high failure rates. Too often, these changes are approached as if an organisation was a bicycle that needed fixing through the application of a few well-defined rules and a cut-and-paste org chart. Those bringing a detailed Gantt chart to a complex problem become frustrated with the vagaries of human behaviour.

You can’t enact an organisational change through brute force. It’s not a boxing match you can win with a single well-timed punch. Making an organisation agile is more like judo, a sport which uses the opponent’s momentum to win rather than your strength. It requires mental agility, resilience, determination, close observation, and patience. It also requires honest introspection to understand your own strengths and where they need to be supplemented, and persistence in allowing an accumulation of steps to build sustainable organisational change rather than a big gesture. Practitioners call this systemic or emergent change, where you can’t fully know how a change will work until you try it and react to unexpected consequences.

How can you, the CPO, help the CIO practice organisational judo? Here are a few ideas.

Stop Starting With the Organisation

An organisational change is a highly visible proclamation: “The new leader is here!” Evidence, though, suggests that the trauma of this proclamation outweighs the value. Such changes assume the CIO knows what good looks like and they believe that they fully own the keys to success, both normally fallacies. A more effective approach is to understand that the biggest opportunities are in how work gets done and the impediments to work, such as culture, leadership, and silos. Help the CIO understand the characters involved: those who naturally step across organisational barriers and those who protect “their” silos at all costs.

I deeply dislike divisive phrases such as “the business and IT” and “aligning with the business” that insidiously permeate teams, driving wedges between working relationships. Aside from helping the CIO retire these phrases, you can help coach the CIO not to believe that they should “fix” IT before engaging with the rest of the business. Otherwise, before you know it, two years have passed and the CIO is still internally focused while the surrounding functions are wondering why there is a lack of engagement. You can also prevent classic traps such as adding yet another organisational level to act as a liaison with “the business.” These liaisons become one more layer of bureaucracy, when the opposite is needed.

Help the CIO look beyond their immediate domain, and build positive working relationships with other functions to prevent the overly common “wagile” organisations (that is, organizations that tried to become agile but have slipped back into some traditional “waterfall” methods of working). Partner to set the tone of the new organisation: one where people are brought together in cross-functional teams focused on delivering business value, with the coaching needed for them to succeed. Help identify the characteristics of good product team players, and help the CIO find the A-players to fill these roles, regardless of their current role within IT. Promote and uplift these boundary-spanning teams. These are not tasks that can be delegated: those running silos don’t naturally gravitate to dismantling their own organisations.

No, not warfare subterfuge, rather an analogue for DevOps. Like software, constant small changes to organisational operating models are the most effective way to upgrade an organisation. Any unintended consequences can be more easily reacted to when small. These frequent, small changes are also easier for us humans to absorb and are less overwhelming than big changes. Goldilocks had it right when she implied that you want not too much nor too little change…or was that porridge?

Just like the promise of agile software development, test-and-learning with small cultural changes and then either scaling them or pivoting is the most assured approach to upgrading your organisational “software.” It might seem slower, but I guarantee that this approach will have far greater efficacy than a big-bang attempt at a transformation with the pretence of perfect knowledge. For instance, apply this be-agile-to-become-agile approach to eliminate waste. How long are managers spending in meetings, writing performance reviews, or other activities which don’t add direct value? How can you help the CIO introduce an expectation of continual feedback rather than the grand ceremony of surprising employees with feedback months after an event happens?

Inevitably new CIOs are expected to be agents of change, “fixing” the black box of IT that appears mysterious to other business functions. It’s not that they are necessarily brilliant, they just have a different experiences and worldviews that help them see an alternative future. They cannot succeed, though, if they don’t bring their organisation along, or they believe their previous experience directly maps into a new company. I’ve always appreciated the partnership with the HR organisation here to help think through a people-powered future state, and to facilitate the creation of a shared vision or ambition. The CPO can comfortably challenge meaningless words and phrases that come up in such co-creation such as “synergy,” “world-class,” “trusted business partners,” and “people are our greatest asset.” Help instil a culture of genuine, regular communications from the top down and a sense of pride and opportunity that permeates the entire organisation.

Critically, while it is easy to set priorities and define changes, it’s much harder to create the space people need to adapt and excel in the new environment. Be the voice of conscientiousness with the CIO to ask not just what’s changing, but what’s going to stop as well, such as overly burdensome oversight and pet projects.

…And Then Nurture the Talent

When change is signalled, our natural fear, uncertainty, and doubt kick in. “What will happen to my position?” we may wonder. “Will I be moved to a new team or let go?” One often overlooked way of signalling the intent to bring the organisation and its people along on the change journey is committing to a talent development plan. The so called (hard) soft skills are at a premium to enable autonomous teams, cross-functional collaboration, coaching, and experimentation based on data. These are squarely areas where your CPO organisation can add value. It is rare to inherit an organisation which doesn’t already contain most of the people you need to create a new future. Make talent development an early priority with the CIO and your organisation will be rewarded with lower regretted attrition. Help define and communicate to everyone what skills will be valued and how you will help people develop them.

Take the opportunity to strategically shift employees into new roles, making the new priorities concrete. We know that this significantly increases organisation performance. Don’t let an assumption settle into the organisation that new roles need new people. I’ve seen situations where tenured employees are trapped in roles keeping the wheels stay on the proverbial bus, unable to come up for air to contribute. New employees flounder, dumping more on the old hands. In the midst of this chaos, others who could step up with the new skills required are missed.

Almost every successful cultural change I’ve lived through, seen, or read about shows that treating these evolutions as a constant and persistent series of orchestrated changes, rather than one knock-out initiative, is the route to success. You, as the CPO, are in one of the best positions to really understand how these cultural changes happen when humans are in the mix.

“The New Possible: How HR Can Help Build the Organization of the Future,” McKinsey & Co.

Good to Great: Why Some Companies Make the Leap…and Others Don’t, Jim Collins