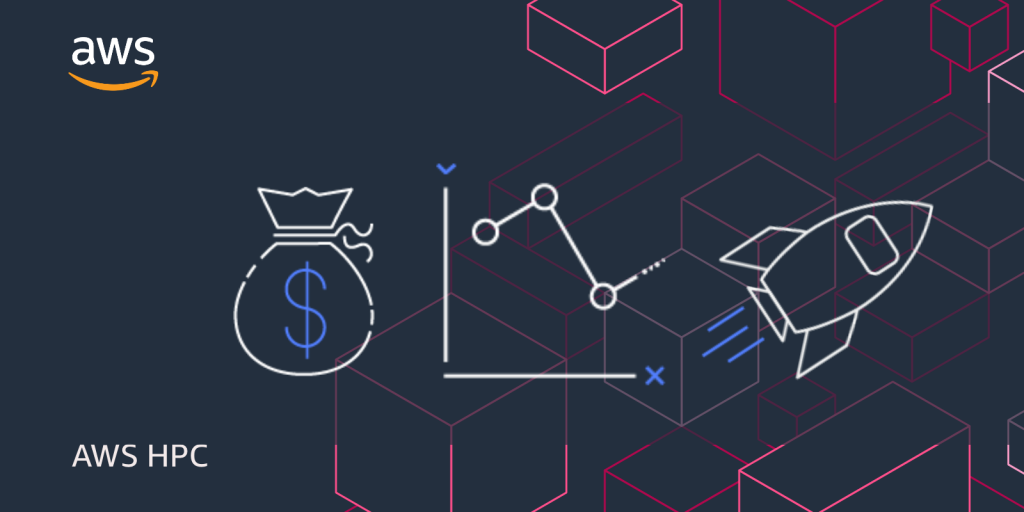 Seismic imaging is the process of positioning the Earth’s subsurface reflectors. It transforms the seismic data recorded in time at the Earth’s surface to an image of the Earth’s subsurface. This is done by back-propagating data from time to space in a given velocity model. Kirchhoff depth migration is a well-known technique used in geophysics for seismic imaging. Kirchhoff time and depth migration produce an image with higher resolution and generate an image of the subsurface for a subset class of the data, providing valuable information about the petrophysical properties of the rocks and helps to determine how accurate the velocity model is. This blog post looks at the price-performance characteristics computing Kirchhoff migration methods on GPUs using Nvidia’s GPU-optimized code.

Batch processing is a common need across varied machine learning use cases such as video production, financial modeling, drug discovery, or genomic research. The elasticity of the cloud provides efficient ways to scale and simplify batch processing workloads while cutting costs. In this post, you’ll learn a scalable and cost-effective approach to configure AWS Batch Array jobs to process datasets that are stored on Amazon S3 and presented to compute instances with Amazon FSx for Lustre. 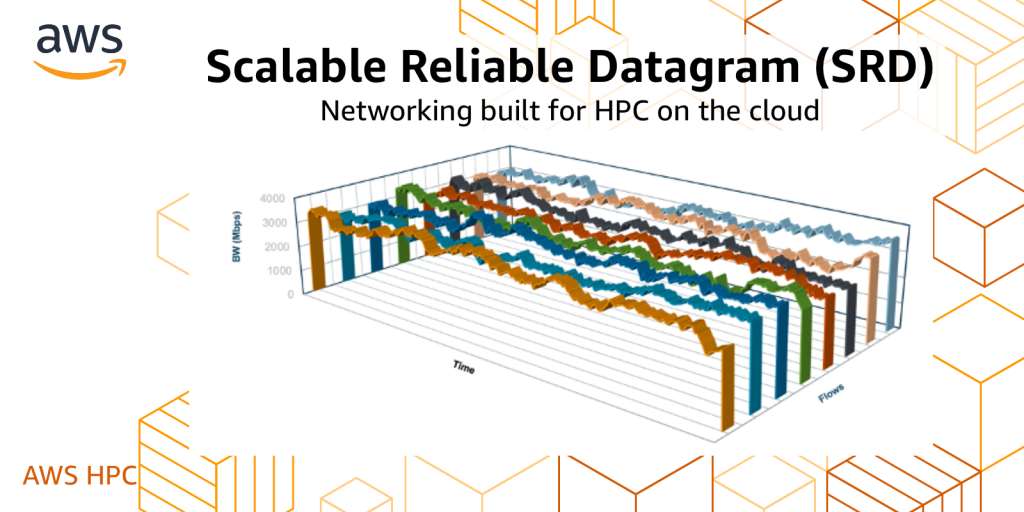 AWS worked backwards from an essential problem in HPC networking (MPI ranks need to exchange lots of data quickly) and found a different solution for our unique circumstances, without trading off the things customers love the most about cloud: that you can run virtually any application, at scale, and right away. Find out more about how Elastic Fabric Adapter (EFA) can help your HPC workloads scale on AWS.

Getting started with containers in HPC at ISC’21

Containers are rapidly maturing within the high performance computing (HPC) community and we’re excited to be part of the movement: listening to what customers have to say and feeding this back to both the community and our own product and service teams. Containerization has the potential to unblock HPC environments, so AWS ParallelCluster and container-native schedulers like AWS Batch are moving quickly to reflect the best practices developed by the community and our customers. This year is the seventh consecutive year we are hosting the ‘High Performance Container Workshop’ at ISC High Performance 2021 conference (ISC’21). The workshop will be taking place on July 2nd at 2PM CEST (7AM CST). The full program for the workshop is available on the High Performance Container Workshop page at https://hpcw.github.io/ 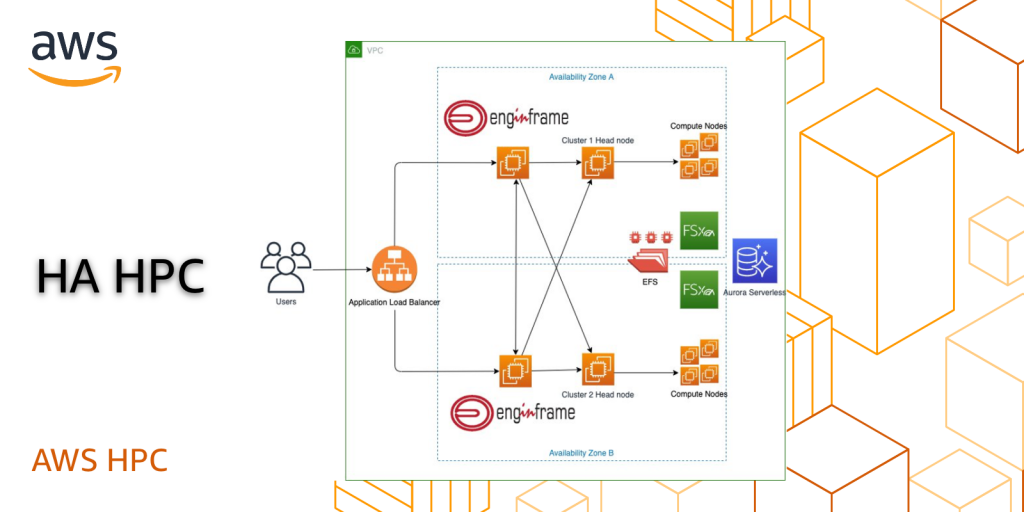 In this blog post, we will explain how to launch highly available HPC clusters across an AWS Region. The solution is deployed using the AWS Cloud Developer Kit (AWS CDK), a software development framework for defining cloud infrastructure in code and provisioning it through AWS CloudFormation, hiding the complexity of integration between the components.

Today, more than 290,000 researchers in France are working to provide better support and care for patients through modern medical treatment. To fulfill their mission, these researchers must be equipped with powerful tools. At AWS, we believe that technology has a critical role to play in medical research. Why? Because technology can take advantage of the significant amount of data generated in the healthcare system and in the research community to enable opportunities for more accurate diagnoses, and better treatments for many existing and future diseases. To support elite research in France, we are proud to be a sponsor of two French organizations:  Gustave Roussy and Sorbonne University. AWS is providing them with the computing power and machine learning technologies needed to accelerate cancer research and develop a treatment for COVID-19. 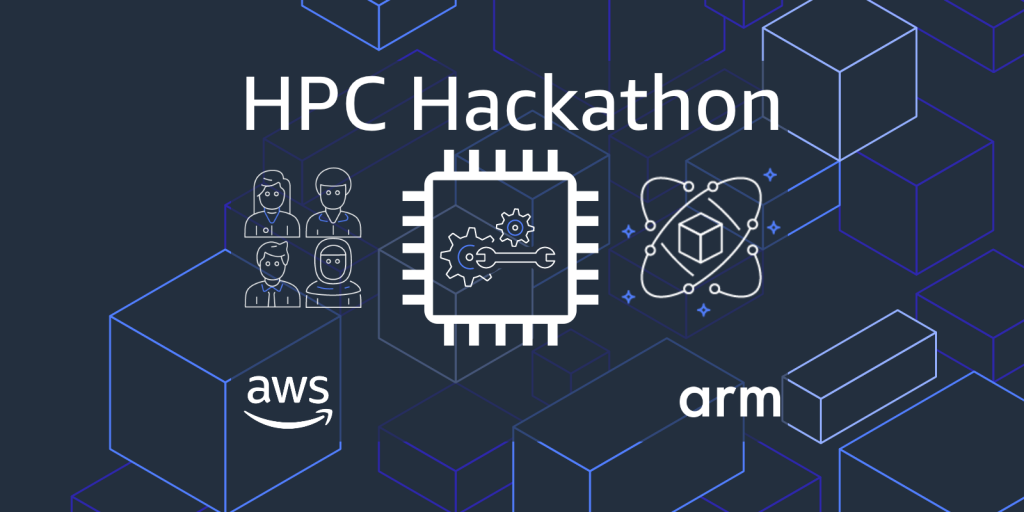 Arm and AWS are calling all grad students and post-docs who want to gain experience advancing the adoption of the Arm architecture in HPC to join a world-wide community effort lead by the Arm HPC User’s Group (A-HUG).
The event will take the form of a hackathon this summer and is aimed at getting open-source HPC codes to build and run fast on Arm-based processors, specifically AWS Graviton2.
To make it a bit more exciting, A-HUG will be awarding an Apple M1 MacBook to each member of the team (max. 4 people) that contributes the most back to the Arm HPC community. 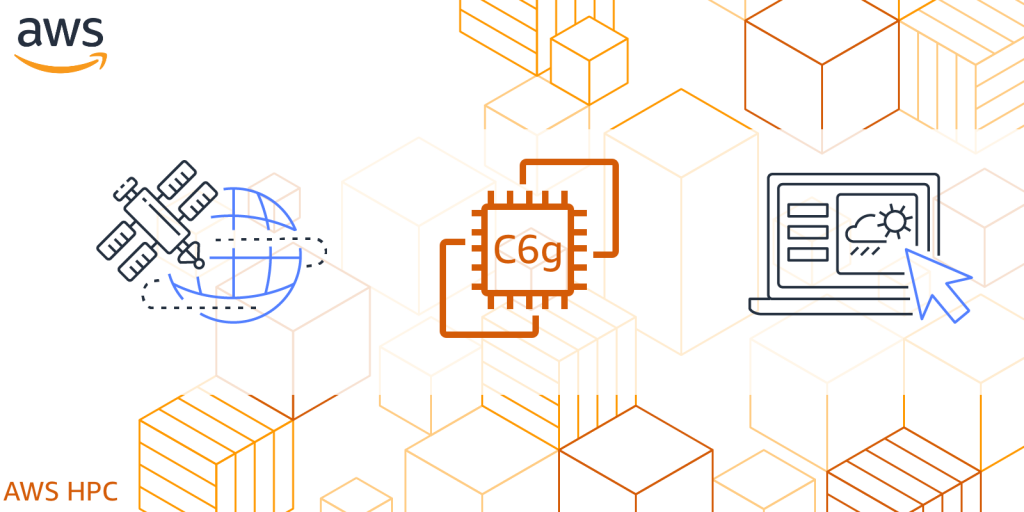 The Weather Research and Forecasting (WRF) model is a numerical weather prediction (NWP) system designed to serve both atmospheric research and operational forecasting needs. With the release of Arm-based AWS Graviton2 Amazon Elastic Compute Cloud (EC2) instances, a common question has been how these instances perform on large-scale NWP workloads. In this blog, we will present results from a standard WRF benchmark simulation and compare across three different instance types.