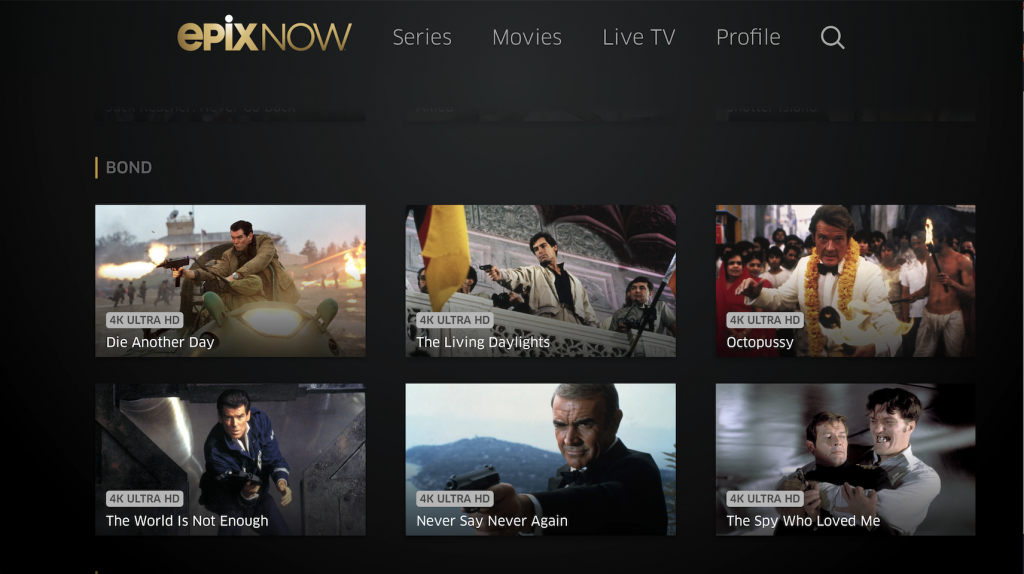 When preparing files for the new 4K Ultra HD streaming feature, a traditional approach to video processing was not practical due to lengthy transcode times. Transcode of a two-hour feature for streaming could take up to 16 hours. VOD providers need to turn content around much more quickly to meet the demands of viewers. In addition to greater video processing speed, EPIX was looking for a solution that would offer adaptive bitrate (ABR) outputs for multiple deliverables from a single encoded asset, with more efficient encoded file sizes.

“Before launching our 4K streaming feature, we looked for a transcoding solution with the highest-quality codecs and built-in resiliency. We also added multiple new resolutions in order to continue to provide adaptive stream optimization for the end viewer; taking into account different device models, bandwidth variances, and covering the spectrum of mobile to set top.” said Sacha Stanton, Chief Technology Officer, EPIX. “AWS Elemental MediaConvert gives us all of this and more; it’s a flexible cloud solution so we don’t need any on-premises hardware, it supports full API control which is a must for us, and Accelerated Transcoding expedites delivery of the best 4K streaming experience to multiple devices.”

“We’re continuing to expand our offerings and see AWS as an important partner to help us improve our viewer experience. High quality 4K transcodes take 4X the number of pixels of HD, and the fact that what used to take hours can now be done in minutes is incredibly efficient for a team as small and fast-paced as ours, where flexibility is key,” added Jon Dakss, Chief Digital Officer, EPIX.