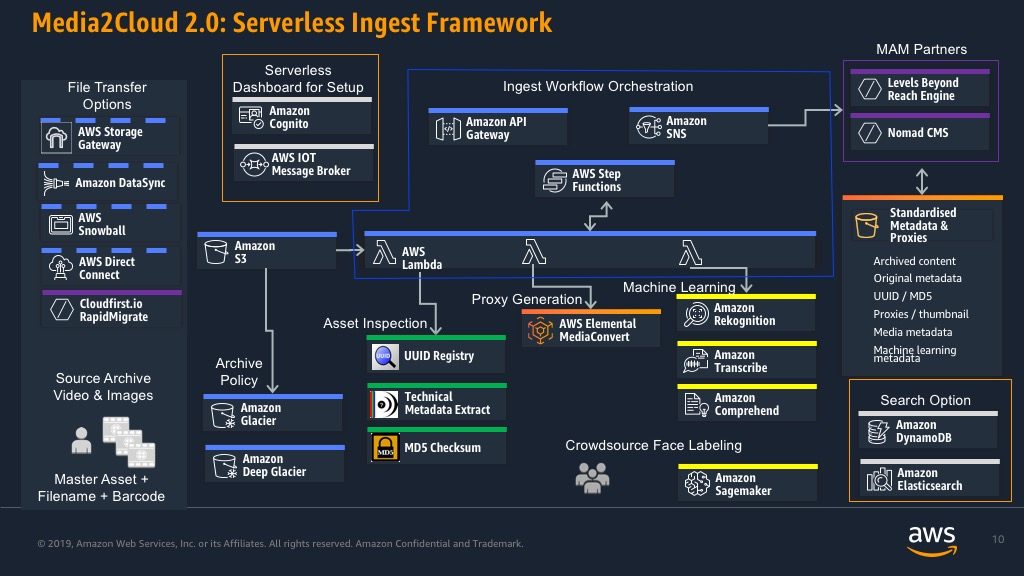 MEDIA2CLOUD VERSION 2.0 RELEASED I’m happy to announce that Media2Cloud 2.0 has been officially released to help AWS customers simplify and expedite their ingest workflow into AWS.   The following blog post was published when we demonstrated the new version at IBC in September of this year. Now that the new version has officially launched, I […]