What is trace sampling?

X-Ray uses sampling rules to improve performance efficiency and reduce costs. Sampling rules essentially allow you to define rate limits on the number of requests that should be traced on a per second basis. You can customize the trace collection mechanism to suit your workload and tracing requirements. For more information about sampling rules, see Configuring sampling rules in the X-Ray console.

How do X-Ray sampling rules work?

The X-Ray agent on these environments reaches out to the X-Ray service using X-Ray API operations, fetches the rules, and applies them based on priority and filter conditions specified in the sampling rule.

Developers generally set a low sampling rate to trace requests in order to save costs and improve efficiency. Although this is the right approach in general, it might also be easier to troubleshoot service issues with an increased amount of trace data to perform deeper analysis and identify the root cause quickly, because you can work with a larger trace sample set during the investigation period.

On X-Ray, you can maintain various sampling rules with varied sampling rates on the X-Ray console, which different applications and services can use. Additionally, you can dynamically adjust a sampling rate temporarily based on an external event in the environment automatically, or adjust it manually on the console. For example, it could be beneficial to temporarily trace a higher number of requests during an incident to help troubleshoot a problem, while maintaining a lower trace rate during normal operations in order to be cost-efficient.

The following diagram shows the generic pattern of a dynamic sampling rule adjustment. You use an Amazon CloudWatch alarm to trigger the X-Ray sampling rule adjustment process. You can configure the alarm based on applications needs, for example high CPU utilization, number of Lambda function failures, or rate of 5xx errors in API Gateway.

You can apply this pattern to several architectures. For this post, we use a simple web application that contains an API Gateway and backend Lambda function.

You can devise your own approach based on your use case—the core idea is that you trigger a CloudWatch alarm when the application experiences issues.

The workflow contains the following steps:

The following graph shows how changes in trace sampling rates through an X-Ray sampling rule affects traces getting recorded.

A complete solution that demonstrates the technique described in this post is on GitHub. To deploy it, clone the repository to have a local version of the project:

You must have the AWS Serverless Application Model (AWS SAM) command line interface installed to proceed with the deployment.

Switch to the project folder and run the following command to build the deployment package:

Run another command to deploy the AWS CloudFormation stack to your AWS account:

You can also use the samdeploy —guided command instead to provide the required parameters interactively.

After deploying the stack, you see the API Gateway endpoint as an output value:

For this post, we test the API using an open source regression test and benchmark utility called siege.

To install siege on macOS through homebrew, enter the following command:

To install siege on a Linux terminal or WSL on Windows 10, enter the following command:

After you install it on your local machine, run the following command to access the API Gateway URL. Remember to replace the API Gateway URL with your own. Notice the error=false querystring. The Lambda function returns a 200 response when it sees this parameter value, indicating a successful response.

This command makes 100 concurrent requests for 45 seconds. This doesn’t trigger the CloudWatch alarm, so there’s no sampling rule change

To verify this, check the sampling rule by running the following command:

The following screenshot shows the output. The sampling rule has a FixedRate of 0.05 and ReservoirSize of 1. 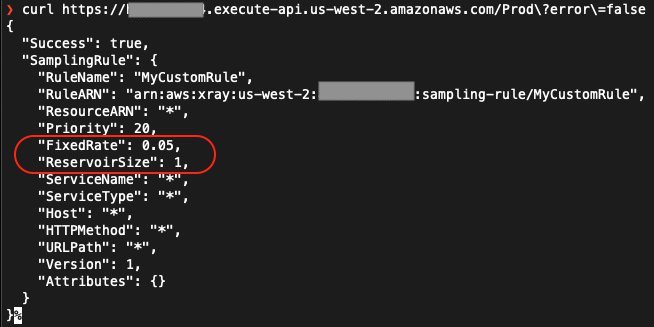 Now run the following command to make 100 concurrent requests for 45 seconds with the error=true parameter:

Wait for a few seconds and run the following command again:

The following screenshot shows the output. Take notice of the change in sampling rule by the Lambda function triggered by the CloudWatch alarm: the rule now has a FixedRate of 0.1 and ReservoirSize of 15. 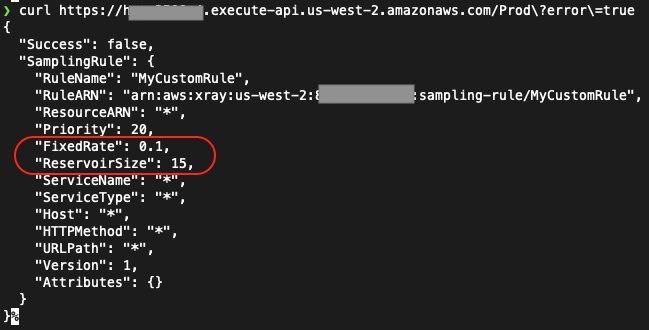 You can also validate the sampling rule change on the X-Ray console. See the following screenshot.

Navigate to the CloudWatch console to see the alarm state details. There may be a small delay between you hitting five errors per minute and the change of the alarm state.

Run the following command to make requests to API Gateway while the new sampling rate is on. This results in a higher number of requests getting sampled per the updated sampling rate.

You can see the alarm status changes on the CloudWatch console.

On the X-Ray console, you can also see the Service map for the application, which shows errors from API Gateway. 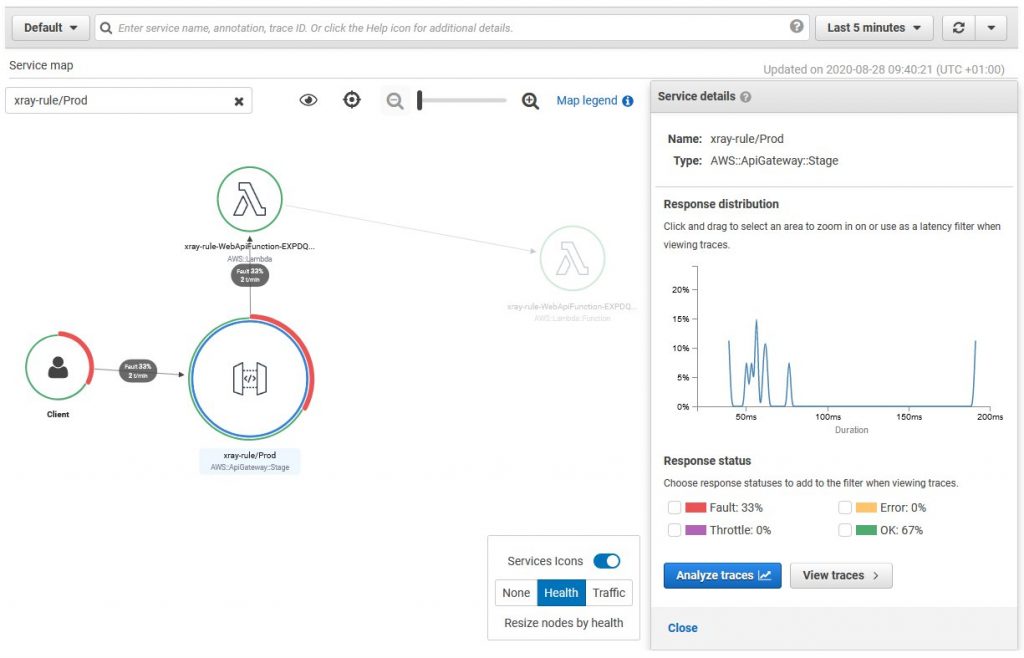 To remove all the resources created when deploying the test application, complete the following steps:

In this post, we showed you how to use X-Ray sampling rules to dynamically adjust your sampling rate for troubleshooting purposes. For the complete solution, see the GitHub repo.

You can also use X-Ray Analytics to easily identify the root cause of the issue with powerful filtering and analysis capabilities. We also recommend exploring CloudWatch Service Lens which provides observability features by correlating traces, metrics, and logs, resulting in lower mean time to detection (MTTD) for your application issues. 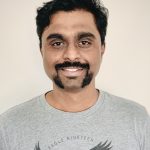 Imaya is a Senior Solution Architect focused on Amazon CloudWatch and AWS X-Ray. He is passionate about Monitoring and Observability and has a strong application development and architecture background. He likes working on distributed systems and is excited to talk about micro-service architecture design. He loves programming on C#, working with Containers and Serverless technologies. 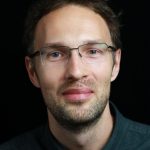 Dmitry is a Professional Services consultant who helps customers adopt DevOps culture and best practices. He is especially interested in resilient patterns and architectures and constantly in search for better ways of applying them to customer problems. In his free time Dmitry enjoys running, reading history books and soldering mechanical keyboards.