Business and scale at OLX Group

At OLX Group, we operate the fastest-growing network of trading platforms globally. Serving 300 million people every month in 30+ countries around the world, OLX Group helps buy and sell cars, find housing, get jobs, buy and sell household goods, and much more. With more than 20 well-loved local brands including Avito, OLX, Otomoto, Otodom, and Property24, our solutions are built to be safe, smart, and convenient for our customers. We are powered by a team of 7,500+ people, working across five continents in offices all around the world.

In this blog series, we are sharing our content delivery network migration story for OLX Europe – which focuses on trading used goods. The platform runs in seven markets and is used by 14 independent websites. Across the entire CDN, the platform is serving over 255,000 requests per second during peak hours, with 114,000 Lambda@Edge invocations per second and over 40 Gbit/s of total throughput.

Within a short period, we were successfully able to rebuild our entire edge infrastructure to be more flexible, with a fully automated setup. Today, it allows us to integrate products better, gather more granular data from our ecosystem and provide a better user-experience to our customers.

Click here to learn more about edge networking with AWS.

Our former CDN solution consisted of a single logical unit which aggregated all rules (SSL termination, path routing and rewriting, caching configuration, legacy URL redirects, security rules, and features) for all of our markets. The same logical unit was used for both static and dynamic content (including mobile and desktop platforms). Changes to our configuration were introduced manually as no tooling was available to automate the task or manage the configuration as code. While the history of changes was available, it was difficult to compare differences between versions because of the large and concentrated number of rules. As a consequence, we were prone to improper changes during rollouts or rollbacks that impacted all of our markets. To reduce this risk, we spent significant amount of time verifying and completing changes, which reduced our velocity. 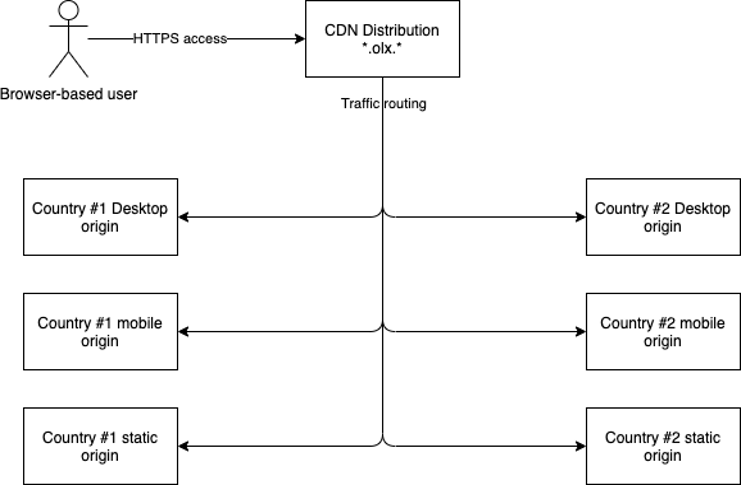 To solve this problem, as well as others, we decided to evaluate CloudFront as a replacement CDN solution during a proof of concept (PoC). If the PoC was successful, we could quickly roll it out to production. We had our sights on the following benefits:

We started with an analysis of the former CDN configuration, and decided to make significant changes to our existing architecture to make it more granular. We also needed to match the existing rules with equivalent rules in CloudFront to maintain a consistent user experience.

The first step was to split our global configuration into smaller logical units to make it simple and reduce the blast radius of an improper change. We did this by using three CloudFront distributions per each market (country), one for each type of traffic (desktop, mobile, static).

Each CloudFront distribution was configured with:

With this architecture, it was easier to define rules per market, with some of them reusable across markets.

As a next step, we identified existing functionalities that were not provided by standard CloudFront components, these needed additional customization using features like Lambda@Edge.

To address this requirement, we used a modified version of a solution presented in an AWS Blog, which is based on dynamically updating VPC security groups to anylist CloudFront IP ranges.  We created Regional security groups that could be attached to any AWS-based origin, (in our case it is Application Load Balancer (ALB)). Note that Layer 7 based solutions are also available.

We used Lambda@Edge to replicate our old CDNs custom logic. We did the following sanity check to validate the usage of Lambda@Edge:

We were able to replace our custom logic with Lambda@Edge, which covered a set of features cumulated over years of use on our former CDN configuration. It consisted of standard website cases, like legacy and vanity URL redirects, URL rewrites based on regular expressions, as well as, more advanced features like HTTP headers manipulation and device detection (redirects between mobile and desktop site versioning depending on device headers).

With the information we collected, we created a repository and CI/CD pipelines for our Terraform and Lambda@Edge code bases and started programing. Our pipeline automated the following steps:

In parallel, we created dashboards and detectors to monitor our new setup (also using infrastructure as code). With enhanced monitoring enabled on our CloudFront distributions we gained access to the most important metrics for alerting when CDN or backend issues occur:

We also monitored other metrics that correlate to our costs:

With monitoring in place and all CloudFront distributions deployed, we started the last phase of the project, which involved shifting our traffic and fine-tuning the CDN configuration.

After a well-prepared migration schedule, we started the rollout country-by-country. In each country, we progressively shifted an increasing percentage of traffic from existing CDN to CloudFront. We used Route 53’s weighted CNAME records with relatively small TTL (60s) to perform this canary roll out. In fact, we set an initial small weight on CloudFront distribution’s CNAME versus the large weight of our existing CDN, and progressively inverting the weights until CloudFront reached 100% of traffic. 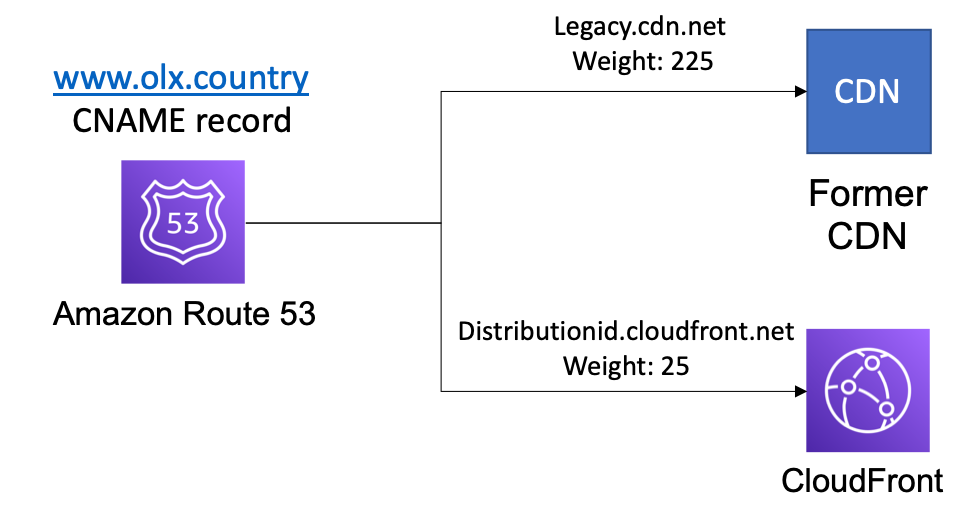 This technique helped us reduce the blast radius of changes by rolling our traffic out separately on desktop, mobile, and static for each country. It also gave us the possibility to roll back changes if issues were detected, so we could fix them without time pressure. In the following, we list some examples of issues that we resolved smoothly:

On the long term, using Lamba@Edge for dynamic traffic was not cost-efficient in our case. We made a decision to move out all redirect and header modification logic to our origins for dynamic content, which reduced Lambda@Edge executions by 99%. We only used Lambda@Edge for our cachable content that didn’t require the same level of executions.

In less than 3 months and with a small team, we were able to refactor a complex configuration from our former CDN and successfully complete the migration to CloudFront. The process involved considerable architectural changes to split our CDN monolith into smaller independent components, which reduced the complexity and facilitated the migration. In other words, a lift-and-shift approach was not going to make it happen for us. We were successful in building the necessary automations for safer and faster change deployments.

As new blog posts roll out in this series, we will add links here. Additional blogs:

A big thanks to the whole European SRE and engineering teams for all the hard work and support, and a special shout out to: Maciej Sobkowiak, Przemysław Iwanek, Ricardo Silveira and Maxim Pisarenko. Kudos to the Security team for the amazing work building an in-house solution based on AWS services to fight against bad bots, as a replacement of a managed security feature provided by our CDN. This is will be the object of dedicated future article! Stay tuned. 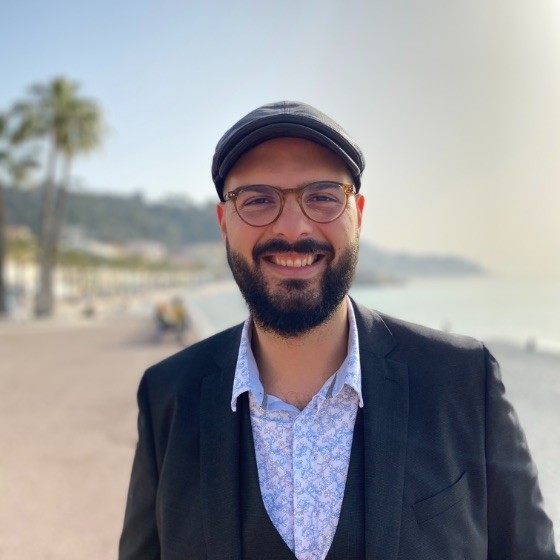 Achraf Souk is a Principal Solutions Architect based in France. His main speciality is helping companies to secure and accelerate their online applications using AWS Edge Services. Achraf is currently leading the worldwide edge tech community at AWS.