Automating deployment of Amazon WorkSpaces from an Active Directory group

With the increase in remote work and education, government, education, and nonprofit organizations, are adopting virtual desktop solutions like Amazon WorkSpaces. Large-scale deployments of virtual desktop solutions can decrease administrative burden and save time. In this post, you can learn how to deploy Amazon WorkSpaces with less engineering effort by using a PowerShell script.

Make sure you meet the following requirements before getting started:

Download and save the script to a location on the system configured to meet the prerequisites. Execute the script by typing “.\FILENAME.PS1” where FILENAME is the name you gave the downloaded file to begin the guided process (see Figure 1).

The script prompts for the path where the log file output is saved during WorkSpaces creation. Type a path or accept the default and press the enter key. If the path doesn’t exist it creates the folder for you.

This script takes an Active Directory group name as an input so the dialog in Figure 3 shows the properties of an example group named “VDI,” which contains four users. The script prompts for a group name and all enabled users in that group have a WorkSpace provisioned for them. 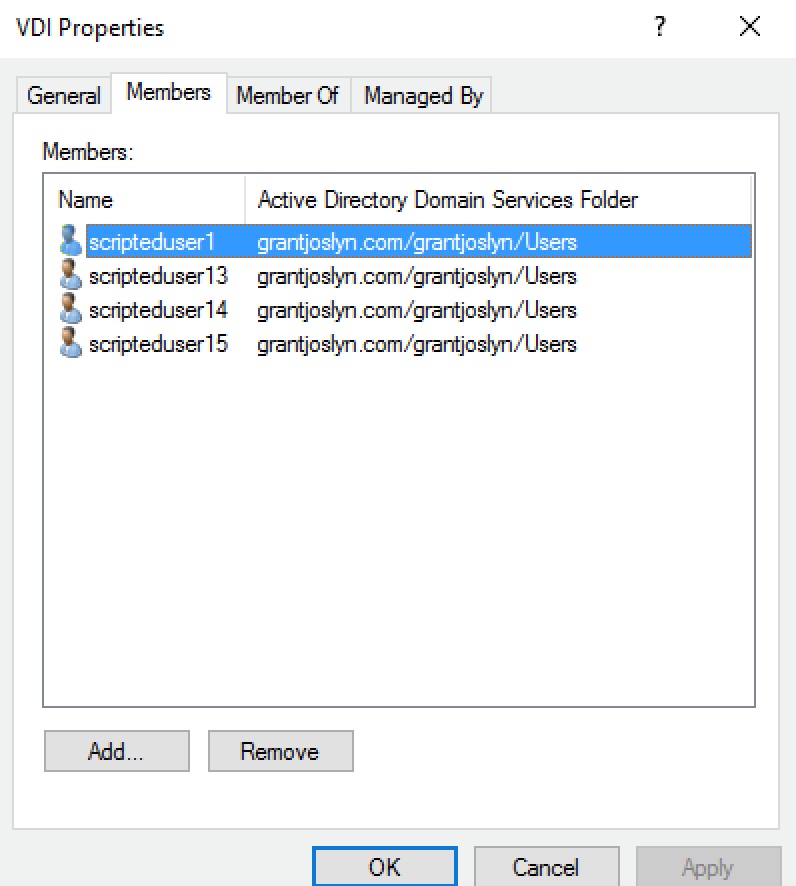 The script asks to enter a group name (spaces are acceptable) and the example group named “VDI” group is being chosen for deployment. The script queries the group to determine how many users it contains. This is an opportunity to confirm the quantity of WorkSpaces that are being created.

Next, the script prompts for what region the WorkSpaces are to be deployed in. The list in Figure 5 contains the regions where WorkSpaces are currently supported as of April 2020.

After selecting a region, the script queries the AWS account for Directories to which users could be deployed. Type the DirectoryId for the desired directory that the WorkSpaces will join. 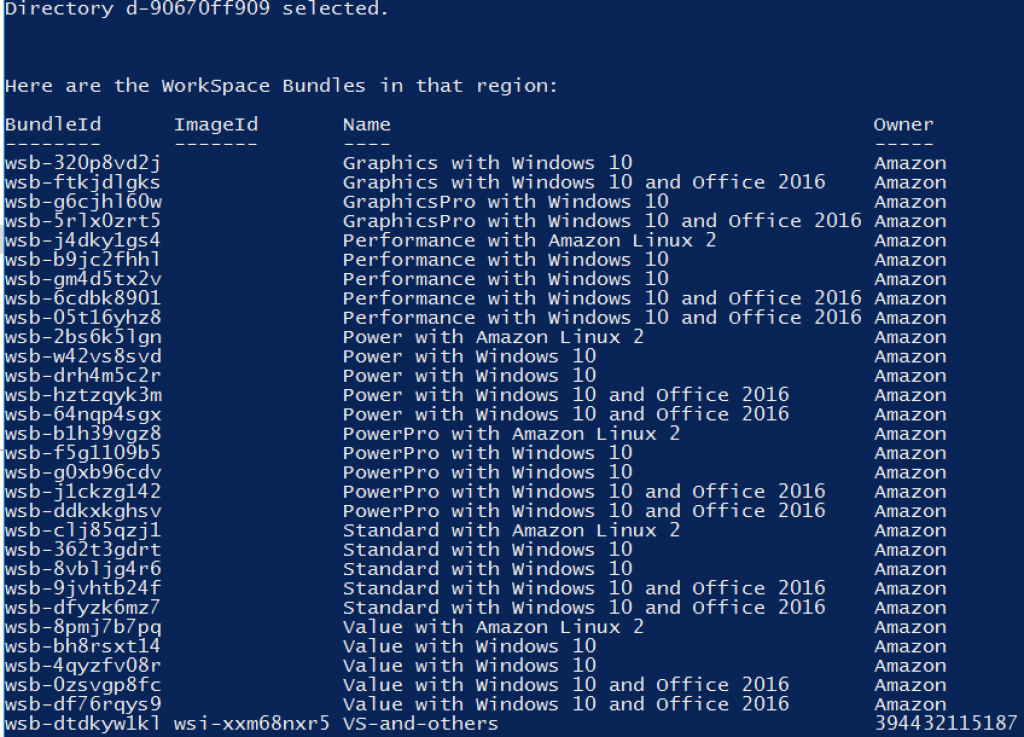 The custom bundle at the end of the list is being selected for deployment by entering the WorkSpaces BundleId.

The script then creates a WorkSpace for each of the users in the Active Directory group. If any WorkSpaces already exist or any error occurs, the output is recorded on the screen and in a log file in the location specified during script execution.

Figure 9 shows that three WorkSpaces are currently pending and one is already available as it was provisioned in a prior execution of the script. No modifications are made to previously existing WorkSpaces so you can run the script multiple times without impacting existing operations.

Finally, let’s review the log file, which was directed to store output in C:\temp path (Figure 10). This file is in comma separated value (CSV) format so it can be imported into outside tools for easy filtering. Note that the log shows that “scripteduser1” already had an existing WorkSpace so it was skipped and that three other WorkSpaces were created, which matches the above console status. If there were other errors they are recorded in this log, so it is a recommended final step after executing the script to briefly review the log for any errors.

In this post, you used PowerShell and a deployment script to deploy WorkSpaces for all members of an Active Directory group in a guided manner. You then reviewed the log file output to see useful information on the state of the automated WorkSpaces deployments.