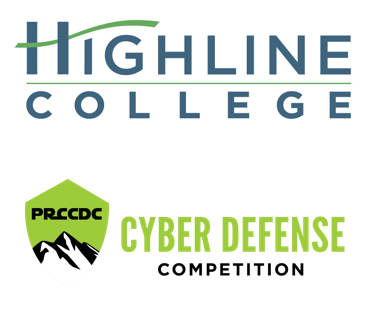 PRCCDC is the northwest regional qualifier for the National CCDC. The competition is a two-day event for 12 teams from two- and four-year colleges and universities. Each team consists of eight students who administer a small “commercial” network, typically consisting of 12-16 servers and 100+ users.

They also respond to business tasks, in the form of injects, while hardening the systems and defending against a team of professional penetration testers. The students were scored on service uptime and how they responded to their business tasks.

From On-Premises to the Cloud

Initially, the infrastructure for the competition was hosted locally at Highline on bare metal servers and then later virtualized in VMware. By moving the competition entirely onto AWS, we experienced several advantages:

This year, 16 teams registered for the event, so we hosted a qualifier round to narrow down the field to final 12. The first round was a four-hour event, but teams could compete anytime within a specific five-day window. To start, students logged into a web portal for the competition and their EC2 instances were created. After the allotted four hours, their instances were shut down and we were notified they were ready to be scored.

The main event far exceeded our expectations. After moving the competition from on-premises to the cloud for the first time, we anticipated an increase in help desk calls. Not only was that not the case, but our help desk call volume was roughly half of what it had been in previous years.

Running the competition on AWS simplifies setup and provides us with a stable and isolated platform. But, ultimately, the competition is about the students. With virtually no infrastructure or performance issues, the students have a much better experience. They can concentrate on putting their skills to the test in a simulated real-world environment. Additionally, the infrastructure provides the next generation of cyber professionals with exposure to the cloud.