5 Mistakes to Avoid When Hiring Developers for Your Startup 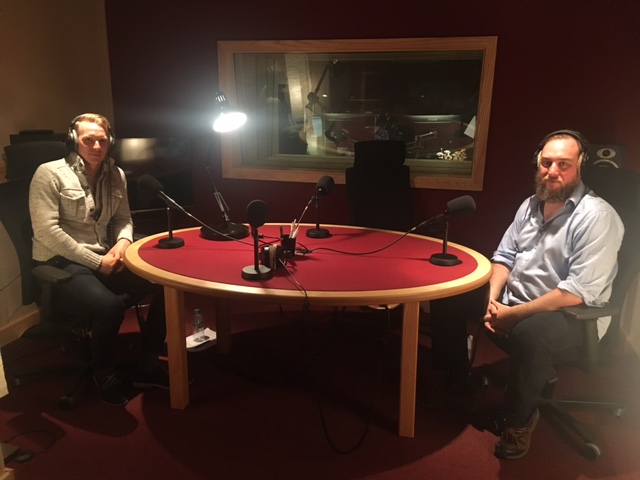 Will Bentinck, Head of Careers at Makers Academy and Andrew Thompson, ex-VP of Engineering at Yoyo Wallet in the studio recording the episode “Hiring for Startups”.

This week in AWS Startup Stories we talked to Will Bentinck, Head of Careers at Makers Academy – Europe’s first coding bootcamp, which turns complete beginners into junior software developers in 12 weeks.

The majority of people who study at Makers Academy are in their late 20s and early 30s and are people who’ve had a career already (sometimes at quite senior levels) but have a strong feeling they need something new—and software development is it. Once they’ve gone through the course, Makers Academy hooks their newly-minted developers up with businesses looking to hire junior engineers with fire in their belly. When they take someone on, the students’ careers start anew.

These people are changing their lives, and it’s something Will and his team take incredibly seriously. They’ve developed a selection process that allows them to cherry-pick only those people who have the drive, energy, curiosity, and positivity to make such a big career transition. Not only this, but previously, Will’s spent two years at Enternships, an on-line job board for graduates to get internships in startups, where he managed the partnership with Telefonica’s global startup accelerator, Wayra, overseeing the hiring of hundreds of European graduates into jobs in some of the world’s best young tech companies.

So we spoke to Will about recruitment, and specifically about what it is that startups should avoid doing when hiring developers. Right off the bat, he gave us five big things:

You don’t need to communicate with developers in a special new way. They’re just people. With a set of skills. Like any other employee. They just happen to be in high demand.

Because they’re in such high demand, developers have a lot of people vying for their attention every single day. To get them to focus their eyes on your business, you’ll need to show them why it is that your business is different from the others jockeying for position in their line of sight.

That doesn’t mean being wacky. In this climate, different is:
– Go to them, don’t expect them to come to you
– Clearly communicating your startup’s vision
– And being genuine about your intentions for their future careers.

In your first startup, it’s likely you won’t have much professional experience of hiring if you have any at all.

In those circumstances, it’s very tempting to look at how the largest companies in the world hire, lift their processes and apply them directly to your business. These people employ professional recruitment teams after all.

Most big businesses’ recruitment processes are geared to filtering down the enormous volumes of people who’ve heard of the brand and apply. The recruiters’ jobs here are to optimise the process to say no to as many people as possible; to get down to a manageable shortlist of candidates.

If you’re a startup, you’re doing the opposite. You’re looking for ways to say yes. You’re selling your company, you’re selling the dream, you’re trying to give the best people reasons why they should work for you, rather than trying to kick candidates to the curb.

Communicate the value of working for you. Make it easy for them to decide to work for you. And once you’ve found those people, give them every possible opportunity to shine the brightest they can in your selection process.

3. Don’t forget that everyone in a startup is hiring, all the time

You’re always selling your startup. It doesn’t matter if you’re at a barbecue or pitching to your next big client, every time you speak to someone you’re spreading the word about your big idea.

The same applies to hiring. If there are five people in your company, you have five people who can spread the word about your business. And anyone you come across might be, or know, the next candidate who believes in your business as much as you do.

The more work you can do to combine your employer brand and your consumer brand, the easier you’ll find it to attract the sort of talent you’re looking for. Strongly communicate what it is that you’re about, why you care about what you do, and why other people should care too.

As Simon Sinek puts it: people don’t buy what you do, they buy why you do it. Start your message with why you do what you do, and get to the hows and whats of the business later.

The same idea applies to recruitment. You’re not looking for people to come in and write some code for you. If you look for those kinds of people, you’ll find them. And they’ll be mercenaries looking for a fast buck.

No, what you want is to find people who believe what you believe, but happen to have the specific skill-set your business needs. If you find people with the same beliefs as you, you’ll find they’re much more likely to fight tooth and nail for the cause you’re both there for. And that’s what drives success in a startup.

5. Don’t think of the selection process as the recruitment process

It’s the retention piece that’s often overlooked, but it’s arguably the most important. Once you’ve had a conversation about job title, salary, office perks, and location and those tangible perks of the role that most startups offer, it’s the longer term stuff that becomes much more important.

Candidates, (developers or otherwise) will be asking themselves:
– Do I consider this to be a genuine progression in my career?
– Do I believe in what this company is trying to do?
– Do I trust the people here to able to achieve that goal?

We naturally focus on the tangible perks of a role to attract people, (salary, ping pong tables and the like) but these deeper issues are what people really care about. They’re the reason people say yes to startups’ offers.

An example from Will’s business—it’s often fairly senior people who quit their jobs to join Makers Academy. In their first developer job, salary isn’t the most important thing on their agenda. Most of the time they’ll have taken a significant pay cut to pursue this new career they’re passionate about. It’s these deeper, long-term drivers that they really want to see in an employer.

In the last eighteen months, Will actually asked 200 developers coming out of Makers Academy, “Where do you want to be in a year?” 199 of them said, “I want to be working with people that I like and still be learning.”

That’s what this particular talent pool is interested in, and because of that, it’s these longer-term goals that really resonates with this audience. Prove that you’ve got your culture and your vision absolutely nailed, and you’ll attract the like-minded champions your business needs.

You can listen to the Startup Stories podcast with Will Bentinck here.

*What is AWS Startup Stories?

AWS Startup Stories is a business series of podcasts published on the AWS Podcast channel that showcases the success stories of startups running on AWS. Heroes of each business talk about how they overcame challenges and used technology to solve problems, providing tips for companies facing similar issues. Learn more about the series and who’s part of them on the webpage here and never miss an episode by subscribing today!