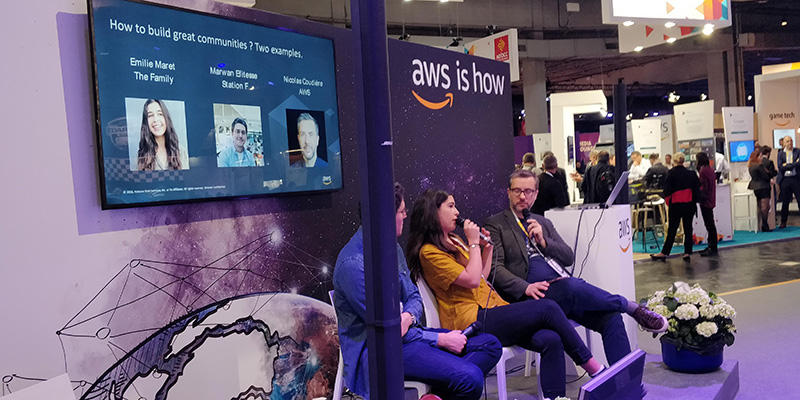 European startup culture is evolving rapidly, both in terms of priorities and investment. The technology sector has seen especially significant growth over the last decade, with $23 billion in investments in 2018, up from $5.2 billion just five years prior. The European Union has adopted a brighter attitude toward startups as venture capital funds in the region have matured and investments have soared. Perhaps unsurprisingly, entrepreneurial enthusiasm isn’t hard to come by in Europe, and neither are up-and-coming folks with promising ideas.

To help usher this era of advancement into its next stages, European thought leaders have begun to build entrepreneurial communities across geographic and political boundaries. According to a 2018 report by Atomico, “On average, approximately one-third of all investments into European tech companies by European VCs involve a cross-border transaction, where an investor from one country invests into a company from another European company.” Given this cross-pollination, European startup communities are harnessing social and professional relationships as well as vast reserves of resources—informational, technological, and human—to facilitate economic and tech growth across the continent. Two such groups are the Family and Station F, both based in France.

As Emilie Maret from the Family describes her company’s mission, “We’re a family for entrepreneurs. We operate all across Europe, and the idea is to create an infrastructure and a community of entrepreneurs that allows them to be ambitious and to scale as fast as possible.” The Family started out in Paris but quickly set up shop in Berlin, London, and Brussels. “We allow entrepreneurs, over the long run, to access education, capital, and services through us. Today we have 250 active portfolio companies, and they’re valued at around two billion euros.”

While the Family focuses on forging connections among its members to ensure easy access to people, funds, and ideas, Station F’s cornerstone is its massive startup hub in Paris, clocking in at 34,000 square meters. “It’s the biggest startup campus in the world,” says Marwan Elfitesse, Station F’s head of startup programs. “We have one thousand startups, split into thirty-three programs.” In addition to providing office space for both burgeoning and established entrepreneurs, Station F offers program-specific networking activities and an enviable bank of informational and educational resources, as well as representatives from large corporations and venture capitalists onsite. “At Station F, you have offices with big names like Amazon,” Elfitesse explains. “For example, if you want to launch an app on the iOS store, you have some people from Apple who are going to help you. We have also had VCs onsite, so we’ve built a community of VCs. You have 40 VCs from any country, and you can meet these guys.”

One of the most important benefits of building a business within a community of startups is the unique support and encouragement new entrepreneurs can provide for each other. As Maret explains, “It’s really hard when you’re by yourself, and you only have these superstar role models who seem very, very far away from you, to become more ambitious.” Instead of modeling your business on preexisting unicorn startups, it can be helpful to interact with other people who are starting from scratch and have experiences similar to yours. “When you join a startup community—and this is what happened at the Family—each generation of entrepreneurs becomes more ambitious because the person right above them has done something that seemed impossible but now appears possible.” And on the flip side of the coin: “When things get rough, you’re not alone,” says Maret.

For its part, Station F nurtures growth by making the most of its campus environment, grouping its members into manageable programs, which are further subdivided into guilds comprising eight to 10 individual startups. “It’s really cool because it’s a peer-to-peer approach,” explains Elfitesse. Guild members “share VC lists, they share road maps, they share a lot of things.” Open communication and pooled resources are essential for Station F members. “One in two entrepreneurs is a solo entrepreneur, so your neighbor will be someone who is going to teach you a lot and share a lot of things,” says Elfitesse. “That’s why we have 33 programs onsite—because one program is not enough.” Through these programs, Station F organizes workshops and other get-togethers aimed at increasing collaboration among its members. “You can be in one program and share the same business challenges and pains with another startup from another program,” Elfitesse says. “We also have a ton of public events for anyone who is just in the idea phase and is aspiring to launch their own startup.” He continues, “What’s cool at Station F is that you always have a mix of former residents and new residents.”

The Family also organizes events for entrepreneurs—upwards of three hundred per year—and all of the event content is published online to connect with a wide audience. Maret explains that the Family thinks about its reach in terms of the various levels of contact it has with entrepreneurs. At the first level, “it’s educating people and adding value to individuals that we never encounter physically. And then it’s the people that come to our events in person, so when we connect with them we make them feel at home,” Maret says. “The startups that end up joining us, these are the ones where we allocate the most resources, and then what we do is basically support them over the long run.”

Both Station F and the Family have also prioritized increasing cultural, economic, and gender diversity among their members. This makes sense given that European startups are still overwhelmingly white and male, having achieved little progress over the last decade. In 2018, 93 percent of the capital invested in European tech startups went to all-male founding teams. As Maret puts it, “The challenge with diversity is that the people who are considered diverse are usually a minority within a majority, and every time you’re in this position of weakness because you’re a small group against a big group, it’s difficult.” To combat this and give everyone the support they need, the Family organizes programming specifically for underrepresented groups, while Station F maintains certain demographic ratios in its membership and offers a variety of membership options for people of different backgrounds.

While tangible resources like money and materials are great for growing a business, to a certain extent, the success of startup communities simply boils down to the chemistry among their members. As Maret says, “Most of the amazing things that happen in startup communities are completely unplanned.” She explains that at the Family, they try to “become humble and accept that serendipity, the fact of great things happening out of random encounters.” And that’s the true meaning of community, after all. “These are the moments when you stop thinking of other entrepreneurs as other entrepreneurs, and you start to see them as friends or people that you like to run into.”

To learn more about Station F, please watch our video with Roxanne Varza: