Terry Sejnowski on the AI Revolution 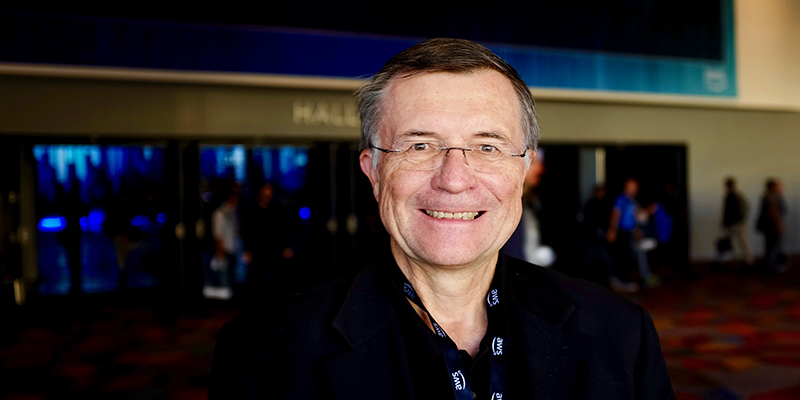 By now, you have certainly taken part in the deep learning revolution, whether you’re aware of it or not. If you use a voice-based personal assistant like Alexa, or any of the cloud-based web services, chances are advances in AI have already made it into their backend for companies to yield savings from processing efficiency. But sooner or later, deep learning is going to change your life.

That, at least, is what Dr. Terry Sejnowski, the Francis Crick professor at the Salk Institute and a pioneer in deep learning, believes. “What we’re creating is a whole new world,” he argues. Like the impact of the internet going commercial in the 1990s, nobody can predict exactly what is going to change. “The details have to unfold in ways you can’t imagine. Same thing is going to happen with this new technology.”

What’s different about this revolution is that it draws its inspiration from biological structures that have evolved over millions of years for their efficiency and effectiveness. Sejnowski thinks that the field has within its reach an understanding of the “basic brain mechanisms and ultimately the algorithms used by nature to help animals survive, and we can put them into autonomous vehicles. We’re doing that with driverless cars. We can put them into robots. So this is really where things are headed. I think that this is a golden age of AI that is about to become real.”

In his new book “The Revolution of Deep Learning,” Sejnowski explains advances in computing power have scaled up AI’s capacity by a factor of thousands. This has allowed deep learning techniques to surpass rule-based AIs. “The reason why we call it a revolution is that what we’ve shown is that once you train up a deep learning network, the network state actually is a representation of the concept,” Sejnowski says. In other words, it’s not just a label — it’s a model of how the brain itself looks.

This is already being put to use in consumer products like Google Translate, where instead of spending processing power translating between all possible pairs of languages, you can translate all languages into an internal, universal language called Interlingua generated by the network. “This goes way beyond anything any linguist could possibly have imagined,” Sejnowski says, and demonstrates a key concept he is at pains to point out. While some might find the concept of a deep learning neural network accessing some fact about language that had previously eluded even theorization by human linguists to be unsettling, Sejnowski argues it represents an enhancement of our own powers of creativity.

Such an epochal shift is not going to take place without a social transformation, too. Without making any predictions, Sejnowski points to the industrial revolution’s reorganization of society, drawing surplus agricultural workers to the cities and transforming them into factory workers, as a potential model. But he’s more excited about the convergence between natural processing systems like the brain, and more and more sophisticated deep learning neural networks. “As we learn more about the brain and how nature solved those problems, we can translate that into much better hardware, much more efficient hardware,” he says. “And I see that as already happening.”