When Esteve Alquézar Mora was hired on to wefoxgroup team in December 2018, he was the first full-time employee dedicated to managing the insurance startup’s infrastructure. The then 4-year-old company was running on Heroku, and Alquézar jumped in to understand how to best set up wefoxgroup to successfully scale.

A lot has changed since then. Alquézar was promoted to VP of Infrastructure, he hired on a team of 20 people to cover everything from DevOps to systems to security, and wefoxgroup migrated their entire infrastructure to AWS.

Founded in 2015 by Julian Teicke, Dario Fazlic, Fabian Wesemann and Teodoro Martino, the startup offers a leading InsurTech platform that supports consumers across Europe via three related business units. First there is ONE, a fully digital insurance company that provides consumers with comprehensive protection. Then there is Wefox, their platform that connects insurance companies to brokers and customers (they currently feature more than 300 insurance companies on the marketplace and serve more than 350,000 consumers). Lastly, there’s Koble, a project that is currently under construction but is designed to be the global backbone for providing digital access for insurance to everyone.

At the beginning, wefoxgroup started with Heroku to just get an MVP set up, but as the company scaled and hired on more people to the team, they found it necessary to evaluate how the infrastructure should be built in order to fulfill the long-term vision of ensuring peace of mind and safety for their customers, per Alquézar.

“In recent years, wefoxgroup has seen a tremendous amount of growth. Our digital insurance arm ONE, for example, saw an increase in the number of policies written from 60,000 in 2019 to pacing at roughly 500,000 in 2020. Revenue hit ~€6.6 million in 2019, up from about €600,000 the previous year. With all this growth in mind, our infrastructure team took a long, hard look at the options for supporting this scale. At the end of the day, we were really impressed with AWS for three main reasons: the breadth of services offered, the high performance that is available, and the opportunity to optimize across our tech stack.” 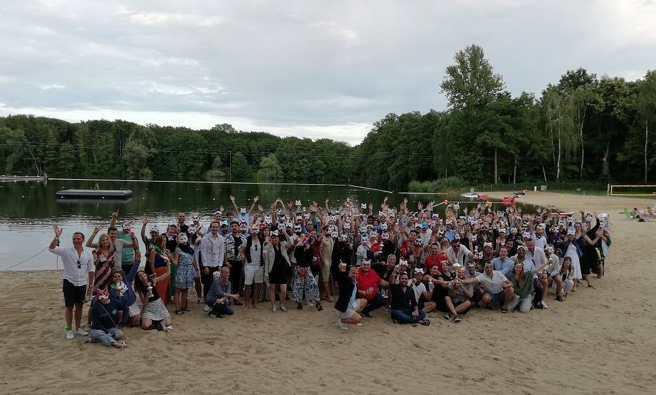 The team had their eyes fixed on a variety of services to test, including Amazon Elasticache, Amazon RDS, Amazon DocumentDB and Amazon SQS, but one of the biggest benefits they saw was the ability to manage newly architected, Kubernetes-based microservices with Amazon EKS. While working with Heroku, they had left much of the application management to the provider. But as the business grew and the number of applications increased, the team decided they needed to move to a Docker and Kubernetes architecture to standardize applications and make them easier to manage, according to Jake Torra, DevOps Team Lead at wefoxgroup.

“Heroku was the right fit for us when we were starting out, but as we scaled operations we ran into bottlenecks. Namely, we found it wasn’t possible to do proper troubleshooting on such an isolated platform. With the move to AWS and EKS, we can now deploy a fully functional cluster with all of the necessary elements for an active application within a few minutes using our Terraform modules.”

And beyond the sheer number of services now available at their disposal, the performance level they’ve been able to harness post migration has been impressive, per Alquezar. “We’ve seen roughly 3x the application throughput now versus what we had with our previous setup. A handful of factors drove this, including access to more powerful instances and the ability to create infrastructure-as-code, which wasn’t possible for us previously. The migration has been great overall and we look forward to building and scaling with AWS moving forward.”

Lastly, the team also saw a lot of benefit from the migration when it came to managing the interconnectedness of their multiple platforms and offices. They were able to build a system that housed each of their VPCs in the same European AWS region and offered peering between, enabling a global VPN connection for private access in any of their six offices, according to Oscar Muñoz, Systems Team Lead at wefoxgroup.

“Finally, we would like to say thank you very much to Sergi Baños Lara, our CTO,” Esteve says, “for trusting us with this migration. And, of course, thanks goes out to our entire Tech team for making it possible to achieve this goal all together.”