Many companies run their applications in data centers, server rooms or in space rented from colocation providers in multiple countries. Those companies usually have a mixture of a small number of central large data centers where their core systems are hosted in several smaller, regional data centers. These offices in the multiple countries require access to applications running in the local data centers, usually in the same country, as well as to applications running in the remote data centers. Companies have taken the approach of establishing a self-managed, international wide area network (WAN) or contracting it as a service from a telecommunications provider to enable connectivity between the different sites. As customers migrate workloads to AWS Regions, they need to maintain connectivity between their offices, AWS Regions, and existing on-premises data centers.

This blog post discusses architectures applicable for international data center migrations as well as to customers expanding their business to new countries. The proposed architectures enable access to both AWS and on-premises hosted applications. These architectures leverage the AWS global backbone for connectivity between customer sites in different countries and even continents.

Let’s look into a use case where a customer has their central data center that hosts its core systems located in London, United Kingdom. The customer has rented space from a colocation provider in Mumbai to run applications required to be hosted in India. They have an office in India where users need access to the applications running in their Mumbai data center as well as the core systems running in their London data center. Those different sites are interconnected by a global WAN as illustrated on the diagram below.

As applications are migrated from the central data center in London to the AWS London Region, users from India office are able to seamlessly access applications hosted in the AWS London region and on-premises. The architecture below demonstrates the traffic between the customer sites and also from a customer site to a local and a remote AWS Region. 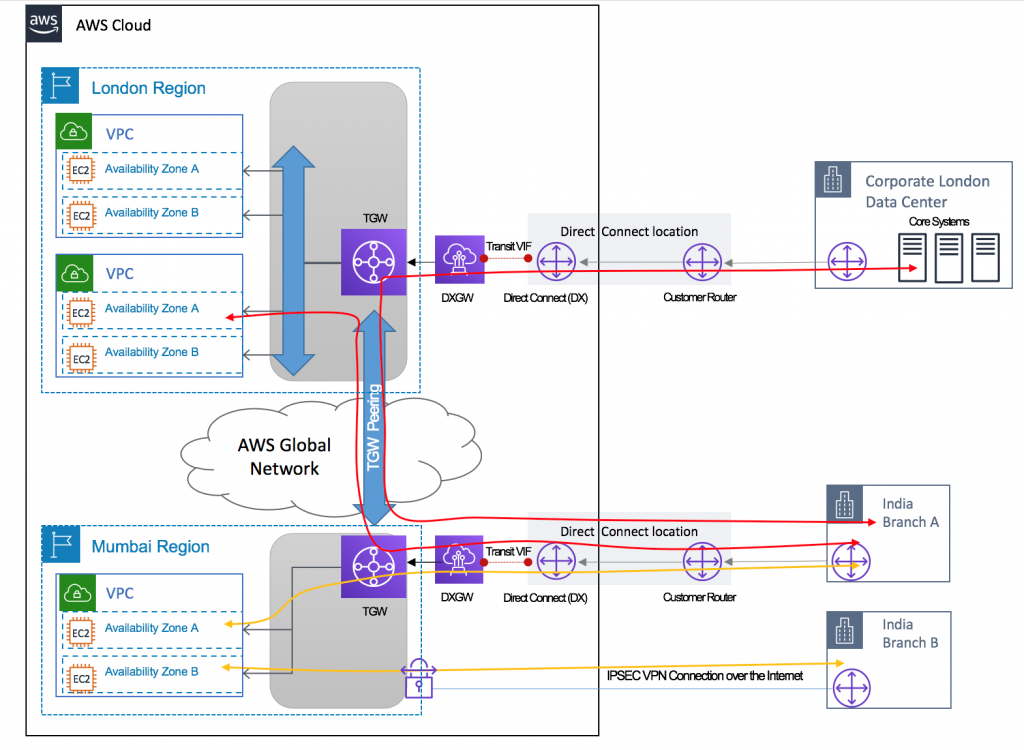 Figure 2: Access from customer sites to applications in AWS regions and on-premises via AWS Global Network

As the customer expands internationally, the architecture evolves to allow access from new international offices such as in Sydney and Singapore to the other customer sites as well as to AWS regions via the AWS Global Network. Depending on the bandwidth requirements, a customer can use AWS DX to the nearest AWS region and then leverage AWS Transit Gateway inter-region peering, as demonstrated on the diagram below for the Singapore site. For sites where a VPN-based connection meets the bandwidth and user experience requirements, the customer can leverage accelerated site-to-site VPN using AWS Global Accelerator, as illustrated for the Sydney office. This architecture allows thousands of sites to be interconnected and use the AWS global network to access applications running on-premises or in AWS.

The following are some of the characteristic customers should consider when adopting the architectures described in this blog post.

As customers migrate their applications to AWS, they can leverage the AWS global network to optimize their WAN architecture and associated costs. Leveraging TGW inter-region peering enable customers to build architectures which facilitate data center migration as well as international business expansion, while allowing access to workloads running either on-premises or in AWS regions. For a list of AWS regions where TGW inter-region peering is supported, please refer to the AWS Transit Gateway FAQ.