You can now run Windows Server 2016 on Amazon Elastic Compute Cloud (Amazon EC2). This version of Windows Server is packed with new features including support for Docker and Windows containers.  We are making it available in all AWS regions today, in four distinct forms:

Here are a couple of things to keep in mind with respect to Windows Server 2016 on EC2:

Containers in Action
I launched the Windows Server 2016 with Containers AMI and logged in to it in the usual way: 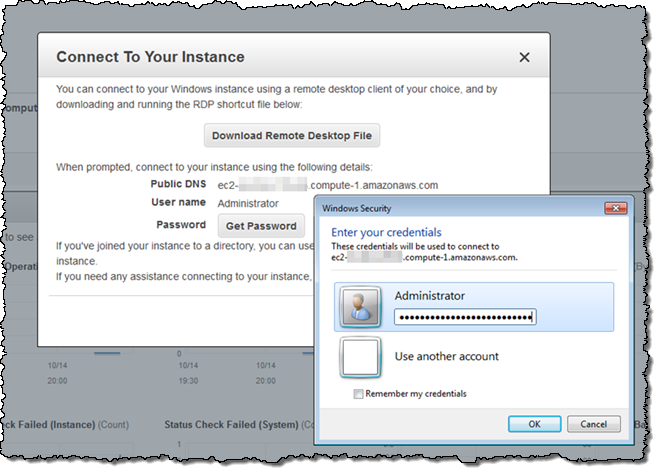 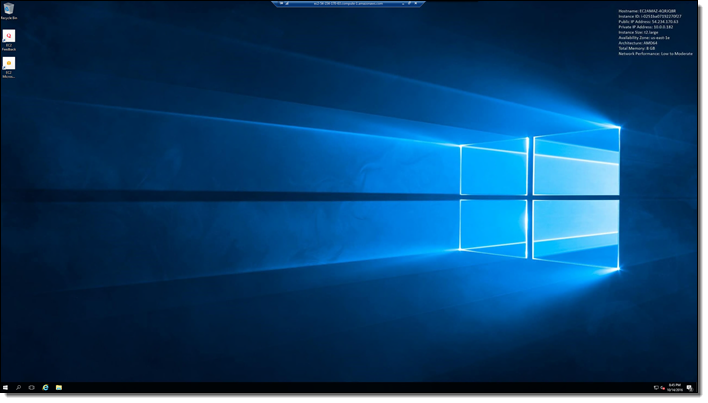 Then I opened up PowerShell and ran the command docker run microsoft/sample-dotnet . Docker downloaded the image, and launched it. Here’s what I saw: 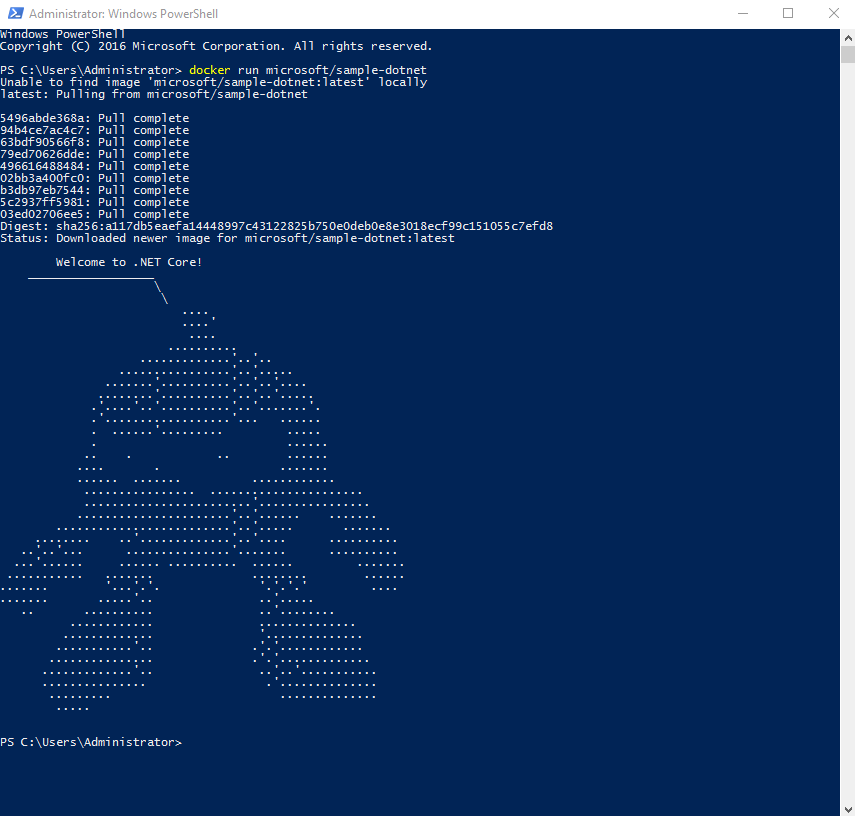 We plan to add Windows container support to Amazon Elastic Container Service (Amazon ECS) by the end of 2016. You can register here to learn more.

Get Started Today
You can get started with Windows Server 2016 on EC2 today. Try it out and let me know what you think!