With the release of ElastiCache for Redis 6, we created a new Multiflow TCP solution that boosts replication throughput by 400% to 4 Gbps. Now, ElastiCache enables MFTCP by default for all Global Datastore clusters using Redis 6 on instance types with eight vCPUs or more.

The following table shows the maximum Cross-Region Replication throughput that we achieved with different Redis versions on a m5.4xlarge instance. MFTCP with Redis 6 resulted in a 4x throughput increase over our network optimization features in Redis 5 and an 8x increase over open-source.

Compression is a CPU-intensive operation. When the load is high, there are not enough free CPU resources. To avoid impacting your workload and reducing cross-Region replication performance and replication lag, the engine uses non-Redis utilized CPU resources on each node. In addition, the new optimized compression algorithm is adaptive to the load. This means that it reduces the compression savings when the load is high.

Compression is now enabled by default for all Global Datastore clusters using ElastiCache for Redis 6 on instance types with two vCPUs or more.

Now we will walk you through an example use case. In this example, MFTCP and compression features increased replication throughput by 4x from 0.7 Gbps to 2.8 Gbps and reduced data transfer costs by up to 50%.

Imagine your app uses Redis as key value store where the values are string objects with average size of 2 KB. The Global Datastore primary cluster is in the US East (Northern Virginia) and Europe (Ireland) Regions. In order to simulate the values, we generated random values from enwik9, these represent the first 109 bytes of the English Wikipedia dump on Mar. 3, 2006. This data is commonly used to measure compression algorithms.

In this scenario, we simulate 100/0 SET/GET on an m5.4xlarge instance. The load is generated using redis-benchmark. We updated redis-benchmark in order to support data generation.

We used a single c5n.2xlarge EC2 instance as a client with in transit encryption enabled in-transit-encryption. 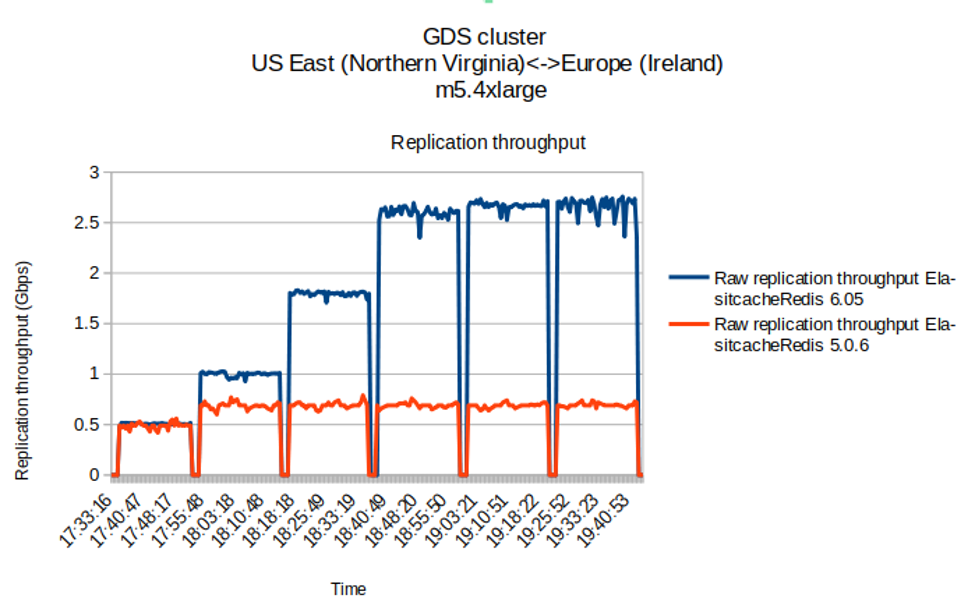 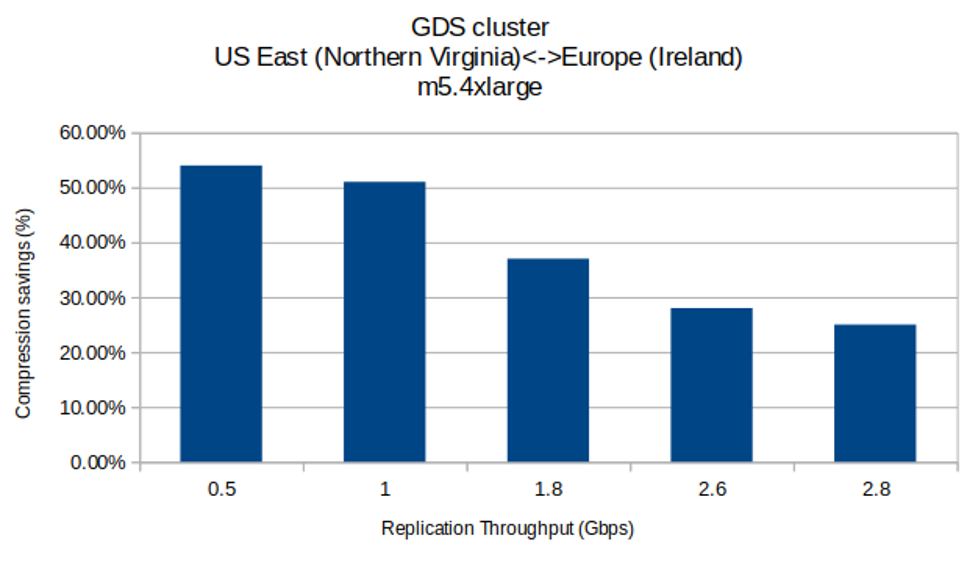 Global Datastore helps you reduce latency of data access for better geo-local performance and safeguards your datastore when DR is required. We’re excited to announce these two improvements to Global Datastore in ElastiCache for Redis to enable increased replication throughput and reduced cost. Our team will continue to innovate and search for additional paths for Redis optimization to add customer value using Amazon ElastiCache.

Shawn Wang is a Senior Software Development Engineer at AWS.

Yehonatan Yulazari is a Software Development Engineer at AWS.

Asaf Stoler Porat is a Software Development Manager at AWS.

Itay Maoz is a Senior Manager of Software Engineering at AWS.