Embracing Organisational Tensions: The Balance of Power in Multi-National Companies 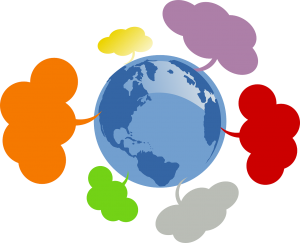 Although new to AWS, I am already hearing similar stories from enterprise customers regarding their challenges as they look to proactively grow and even disrupt their own businesses. While our AWS customers are interested in the technology, their stories more commonly address organisational, people, and process challenges. In this post, I will address some of these themes, sharing best practices from customer discussions and my own experience in local and global technology leadership positions at McDonald’s Corporation.

One reoccurring challenge in enterprises, and the focus of this post, is the “balance of power.” Outside of “shadow IT,” an organization’s own technology departments present a closer-to-home challenge, especially in multi-national companies (MNCs). MNCs often have technology teams in each of their major markets and one centrally. A routine debate in these organisations is which technologies should be centralised or decentralised. “Centralists” argue based on (hypothetical) economies of skill and scale and the possibility of “build once, run anywhere.” “Decentralists” counter that the autonomy and flexibility to react rapidly to local customer needs should be a dominant consideration, along with the need to address local legal, fiscal, regulatory, and cultural nuances.

So, who is right? Case studies, academic research, and my own experience show that neither view fully reflects reality.

I have lived on both sides of this equation, and have seen the challenges that often impinge on these polarized views, such as:

It is beyond this post’s scope to help determine the right balance for your business, but there are questions you should consider, including:

So what does this have to do with the cloud? The cloud and the democratisation of technology now allow local startups to effectively compete on time-to-market with MNCs, as well as gives them the ability to scale good ideas fast. Startups are often not as constrained by technology legacies or the politics of navigating many diverse internal stakeholders. That said, they also don’t have access to the scale of intellectual capital or customer bases an established MNC has.

While every business will fall somewhere different on the centralised-decentralised continuum, some of the key lessons to consider include:

Your application architectures must also account for these principles, a subject to be explored in more detail in a future post. For instance, use patterns and technologies, including microservices and Step Functions, to enable discrete elements to be developed closer to where the need and knowledge resides. The corporate team can develop complex engines, such as for eCommerce, to maximise economies of skill and scale, but enable key areas of customisation, such as the UX and fiscal implementations, to be built and integrated locally. This opens up the ability for business entities to innovate in a way that does not preclude future scalability.

I would love to hear your thoughts on these principles, and what has worked to bring your organisation closer together.

[6] The Headquarters-subsidiaries Trench: Tracing Perception Gaps with the Multi-national Corporation