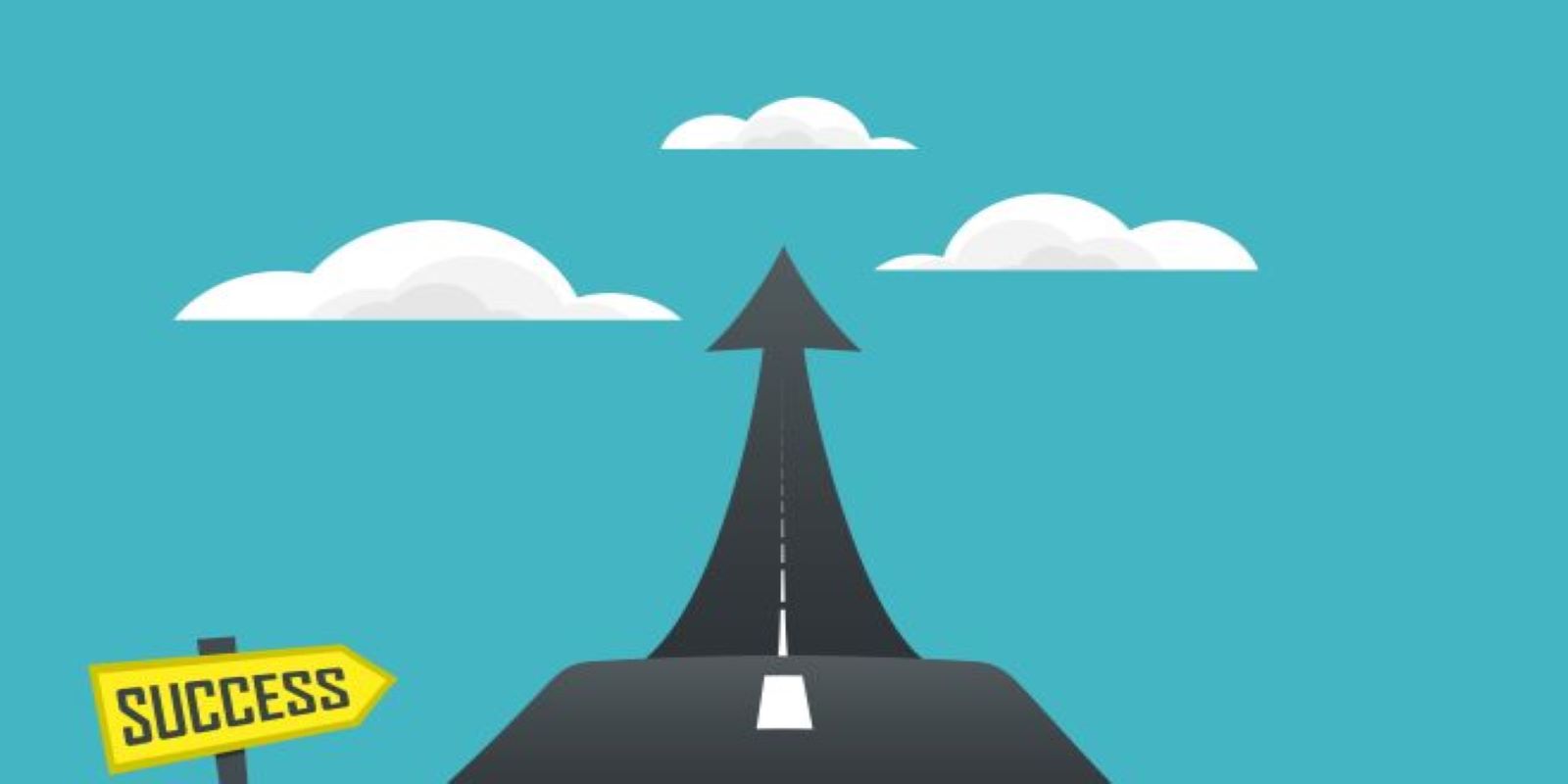 Many of the challenges that governments face in their digital transformations are common in private sector entities as well. But government agencies are constrained in ways that make it more difficult to address those challenges. When I was the CIO of US Citizenship and Immigration Services in the Department of Homeland Security, I watched as my team found clever solutions to many of these “special” challenges of government IT. I also saw the US Digital Services and GSA’s Technology Transformation Services teams, as they were stood up, identify and solve a very similar set of challenges. It’s not just the US government. In my role at AWS, I’ve spoken to agencies and leaders in a number of countries and heard similar themes from them.

Any country that wants to make their government “more digital” is probably going to have to do the following four things:

Turn Large Initiatives into Smaller Ones
Governments—even in smaller countries—tend to plan and invest in very large initiatives. In the US government, there were several dynamics that drove initiatives to become large. Since technology projects were viewed as risky, oversight was heavy-handed, requiring lots of planning, document-writing, approval stages, and audits and reviews. As a result, the administrative burden was high, and agencies couldn’t afford to go through it too many times. So, they packed as much as they could into each project. The result was riskier projects requiring even more heavy-handed oversight—a vicious circle. It was also difficult to get funding for projects that didn’t have inspiring, ambitious goals—so each initiative had to be large enough to have a dramatic impact. But large technology projects fail at a higher rate—in the private sector as well as public—and the extra administrative demands are very real costs to the government agency.

This is also the reason why governments often find themselves needing large, risky, expensive “modernization” projects—they can’t make the continuous, small improvements needed to keep their systems in sync with changes in technology and mission needs.

In today’s technology world, we know that it’s much better to work in small increments with frequent learning and adjustment. The results are better and come more quickly, the risks are lower, and the agility this approach brings helps the agency respond to a fast-changing world. Even for very ambitious initiatives, the ideal balance is one where the vision is broad but the execution is broken into small, independently funded pieces. It’s a way to break out of the vicious circle—small projects have lower risk and can therefore justify less burdensome oversight processes. The trick is to find efficient ways of funding and overseeing projects that are small enough to produce results quickly.

Set Up Government-Friendly Procurement Processes
Ironically, we at USCIS often found that government procurement processes aren’t always set up to serve the government’s interests, especially when it comes to supporting today’s best practices in technology. For example, contracts with software development outsourcers often specify exact requirements and impose a substantial cost on the government if it makes any changes to those requirements, which of course leads the agency to avoid changes that might be in its interests. Agility has business value—a contract with agility is better for the government than one without agility, yet the contracting process was set up deliberately to lock in the initial requirements and rigidly fix the scope of work. And there are a number of practical ways to build this agility into contracts, as we discovered in our digital transformation journey.

We also found ourselves struggling to work with vendors who clearly had the best solutions available—either because they weren’t already on government blanket-purchase vehicles or because they were disincentivized to bid on our projects.

The procurement rules are set up to be fair to vendors, and that’s a worthy intention. But the primary purpose of procurements is for the government agency to acquire what it needs to accomplish its mission! Today, that often means gaining the flexibility to be nimble and responsive, and to access emerging technologies and use emerging best practices. We actually found that we could do almost everything we needed to do under the legacy procurement framework, but we needed to change the way contracting professionals were interpreting the procurement rules. The situation is different for different countries, but in almost every case, something needs to change in the procurement approach to meet the needs of digital ways of working.

Hire and Train for Digital Skills
It’s neither practical nor desirable, in government, to drastically change the composition of the workforce, dismissing employees who aren’t skilled in emerging technologies and replacing them with employees who are. That’s a wordy way of saying that in government, we didn’t fire many people. A government agency’s basic HR strategy, therefore, has to depend primarily on developing and training current employees. That’s good! For one thing, current employees are passionate about the mission and understand the business well. It’s also difficult to hire people with digital skills since those same people are in demand by every other organization in both the public and private sectors.

How can agencies best help their current employees develop digital skills? It turns out that for technical employees, by far the best way is through pairing less-experienced technologists with more-experienced technologists. Not only are the skills passed on that way, but the mental models and cultural aspects of new ways of working are as well. So, it’s important to get a nucleus of people with contemporary skills into the agency. In the US government, we had some success using “special” hiring authorities that let us bring in workers for fixed terms rather than as “permanent” employees and gave us an accelerated process to hire cybersecurity experts.

It’s easy to make the mistake of focusing only on the hands-on technologists. The digital world requires new skills and mental models for managers and senior leaders as well. CIOs, in particular, must think differently about how to lead their organizations in digital delivery and how to advise other agency leaders on digital strategies. A digital government needs to solve for getting the right leadership skills in place as well.

Remove Unnecessary Constraints; Make Bureaucracy Lean!
Which leads to the fourth topic. Government agencies are typically set up for what was formerly considered to be best practices, including risk-reduction through extensive planning and documentation. When digital-savvy employees try to use their savvy to work quickly and incrementally, using lots of automation, they inevitably run up against constraints that were put in place to enforce older ways of working. If the agency hires digital experts or retrains current employees, those employees can easily become frustrated by all the constraints. In fact, all three of the preceding changes can be undermined by rigid processes that are already in place.

Of course, those constraints exist for a reason. The trick to impediment removal is to understand what the objective of each constraint is and find new and better ways of implementing the objective. In the US government, we found that the Paperwork Reduction Act was a surprising constraint on what we could accomplish, as it prescribed a slow, waterfall-oriented process for making any changes to the user experience. But the goal of the PRA, an admirable one, is to reduce the paperwork burden on the public. The challenge for us was to find a better way of accomplishing that goal—reduced burden—that’s consistent with the fast, incremental, test-and-learn approach of the digital world.

Often, automation can help. In digital ways of working, we can “automate bureaucracy” by putting in place automated controls and policy enforcement, using automation to continually assess and audit compliance. This automation, in turn, can reduce the amount of administrative paperwork and manual approval processes and checkpoints. A digital government needs to continuously review what impediments are preventing them from actually accomplishing their digital goals and find ways to remove those impediments. It becomes one of the most important tasks of leadership.

Conclusion
Since different countries have different starting points in their digital journeys, the way they solve the four challenges above will differ. But it’s surprising to see how common those four challenges are. They come from deeply ingrained ways of thinking about technology delivery. But today, where we know better ways to manage using technology, where new technologies emerge quickly, and where the public has higher expectations of digital interactions, they no longer serve us. Changing to newer ways of working is not easy, but it’s very possible—if these four challenges are addressed.