Sometimes, other leaders in your company reject your ideas. Perhaps you’re a CIO, who knows perfectly well that the cloud will have tremendous benefit for your company. But the CFO says no, it’s too risky, or the economic projections aren’t convincing. Or perhaps the CEO doesn’t think it’s a priority right now, or the board of directors has heard a rumor that there may be security issues in the cloud. Maybe it’s not about the cloud—perhaps you’ve found a way to use quantum computing to better satisfy your customers, but the CFO won’t allocate the money you need for a particle accelerator. Oh, well, so much for that idea. 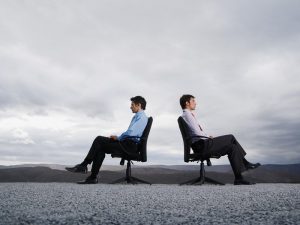 Wait a minute! Just because the CFO vetoes an idea doesn’t mean the conversation’s over. I’m not suggesting that you become an annoying pain-in-the-electrons, but if you’re thoroughly convinced—based on your expertise in the subject—that you’re right, then you have an obligation to your company to disagree and state your case. In the previous two posts in this series I’ve written about the guts to make a decision when the time is right, and the guts to demand that your vendors treat you like a valued customer. In this post I’d like to discuss taking a principled stand within the organization.

Quick—I need a disclaimer here. I’m an American—worse than that, a New Yorker—and I work in an American environment. Some of the things I’m about to say are likely to be culture-dependent. I understand that if you’re, say, in a Japanese company, over-the-top demonstrations of gutsy disagreement might not be productive. But please bear with me as I discuss the principles, and then you can figure out the best way to adapt them to your cultural context. For the rest of this blog post, let’s all be New Yorkers.

It seems like CIOs have two typical ways of responding to disagreement from other senior leaders: (1) they cower and drop the idea, taking the disagreement as a veto, or (2) they passive-aggressively insist on their right to make IT decisions and then see if they can mystify their colleagues with lots of technical jargon. OK, this is a stereotype, perhaps no longer valid—but I’ve seen it. There’s a third alternative, much better in my opinion. And that is to make a principled argument and try to influence the other CXOs.

I’ll use the example, again, of the decision to start migrating to the cloud, because that’s the decision I often encounter CIOs facing. And I’ll refer again to the discussion that takes place between the CIO and CFO, that villain with check-signing authority. Perhaps the CFO says that he or she will only consider a move to the cloud if there’s a detailed ROI justification, with cost details and projections, a Monte Carlo simulation of different scenarios, inclusive of the cost of Red Bull for the engineers, estimated to five decimal points of a cent. The CIO, in my fictionalized scenario, knows that that is a sinkhole. In an environment of rapid change, given the difficulty of making apples-to-apples comparisons against current spending—the ROI projections will take a long time and never as precise as one-ten thousandth of a cent, and Red Bull prices may change. Instead, the CIO figures that moving to the cloud is both inevitable and urgent and that its benefits will be enormous even if hard to project (increases in revenue due to innovation, reduced risk from elasticity, better security posture, faster time to market, etc. —all fairly difficult to quantify). What to do? 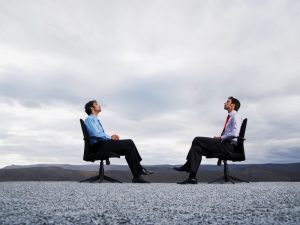 Argue. Argue, I mean, with a deep consideration for the CFO’s concerns and responsibilities. Respectfully disagree. And propose an alternative decision framework that addresses the CFO’s needs. Here’s how I might approach it. Propose that instead of the detailed, pseudo-precise spreadsheet, you adopt a high-level, approximate view of the financial impact. Make assumptions, then let the CFO poke at the assumptions. Argue about the assumptions and adjust them if necessary. Cite references and third-party studies of the cloud’s financial impact, and ask the CFO why he or she thinks your company wouldn’t get the same benefits. Then, map the CEO’s and board’s most important strategic concerns into how the cloud will help meet them, and how alternatives to the cloud will not meet them as well. Then say that it’s time to make a decision.

At Amazon, you may know, we have a set of leadership principles that we take very seriously. I’m a big fan of the one that says “Have Backbone: Disagree and Commit.” It means that if you disagree with something, it’s your responsibility to argue. It’s meant to be applied even if it’s your boss’s idea. Disagreeing doesn’t mean acting like a jerk. It means making a cogent case, using data where possible to support your arguments. The second part of the principle, “Commit,” is important as well. At some point, you may have to give in, or compromise. If you do, then you’re committed to the decision. You can’t be passive-aggressive or later say “I told you so.” You own the final decision, even if it’s not what you originally wanted.

To me, this is all a matter of ethical principle. As CIO, you’re a fiduciary for the shareholders. You have a responsibility to use your technology expertise to get the best results for the company. If you think the CFO is making a mistake—even if it’s the mistake of wasting too much time analyzing a decision, focusing too much on what is easily measured, or treating approximate projections as if they’re precise—then you must disagree. You might even escalate to the CEO (in a nice way, that includes a fair presentation of the CFO’s opinions). It’s not a matter of “Well, I’m the CIO, so I have the right to make the IT decisions.” It’s a matter of peers on a team of CXOs figuring out as a team what’s best for the company. The team should value your CIO expertise. And it’s fair to point that out. 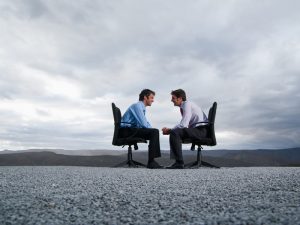 Part of every CXO’s job is to influence the rest of the C-Suite team. To “sell” ideas. None of the CXOs should assume that their word is absolute, nor should any of them assume that they absolutely have to defer to another. I suspect that many CIOs are uncomfortable with this idea of “selling” their views. But there you have it.

In my experience, I find that there are several ideas most CIOs have to sell to their colleagues these days. The first is that agility has value (not that particular Agile frameworks are good). The second is that technology and the business processes that use technology involve a great deal of change, uncertainty, and complexity. The consequence—and you should look boldly into the eyes of whoever you have this discussion with—is that making a rigid plan and then trying to execute that plan literally won’t work and will lead to bad results. Uncertainty is not a matter of poor execution, laziness, refusal of accountability, etc. It’s just reality. Don’t apologize for it. On the other hand, there is still a difference between good IT execution and bad. You’re accountable for that.

I remember one of our business school case studies. In these MBA case studies, you’re asked to put yourself in the place of a decision maker—in this case, a head of product management, deciding on how to respond to a particular market need. There were a few alternatives, but any time you thought it through, worked the numbers, one of the alternatives stood out as best. Unfortunately, according to the case, the CEO absolutely refused to let you pursue that option. When we discussed it in class, most students favored a second-best option, given that the CEO was boss. Finally, the professor just about burst out. How can you do that? You know the other option is better! “But the CEO is absolutely against it.” “Then convince him!!!”

To lead with guts is to take a position—with an open mind, concern for others and their opinions, and focused on what’s best for the organization—and advocate strongly for it. It’s also to be willing to compromise or give in—with commitment—when necessary. But please don’t assume that others have veto power without a good discussion. (If they do, you might be on a sinking ship—my New York side suggests you start swimming).

It takes guts both to push back and to concede. But that’s how good business decisions are arrived at.