Can I speak frankly?

Leadership requires guts. There comes a time when a leader has enough information and has mitigated enough risks to move forward with any urgent decision. That’s the moment when the leader must proceed boldly and inspire the rest of the organization to act.

That doesn’t mean that all information is known and all risks are mitigated. The moment I’m talking about is the moment when the value of collecting additional data and rehashing it in meetings is lower than its cost in cash or opportunity cost. In the high-speed digital world, where the very survival of a company might be at stake, that moment comes early. If I offer you a deal where you will give me $1 and I will give you back $5, and I tell you the proposal expires in thirty seconds, it’s just plain silly to ask whether the $5 will be in ones or a single five, and whether it will be crisp new bills or old ones. 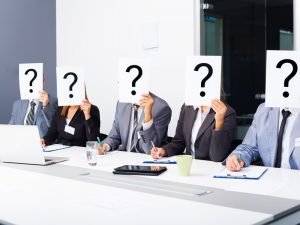 Yet that’s what I sometimes see executives doing when they’re making decisions about digital transformation and the move to the cloud. Or they’re waiting until they have consensus and everyone’s explicit support for exchanging the $1 for $5. We often call this analysis paralysis, but that term seems overly passive to me, something like a disease you can’t avoid. No—let’s call it what it is: a lack of guts, the guts to make difficult decisions and embark on a course of action—with personal risk—even in the face of disagreement and uncertainty.

I know that’s strongly stated. And I’ve been guilty of it at times myself. But the point I want to make is that hesitation can actually destroy business value. If moving ahead is going to have a positive return, then there’s a cost of delay. Mitigate risk. But then move forward.

Achilles: “Companies need to break their large projects into smaller investments, then deliver quickly and learn.”

Tortoise: “Yes, but that requires a big cultural change.”

There’s no support from the CEO or board. Okay—get their support. Your employees don’t have the right skills. Get them the right skills—technologists learn quickly. There’s a ton of legacy infrastructure that’s hard to migrate. Alright, manage that risk by migrating the legacy applications, and then look back contentedly. You don’t have budget for it. Find ways to save money in other parts of the budget and reallocate the dollars.

Beware of what I called the Bobblehead Approach in my book¹—everyone sitting around the executive table nodding their heads, agreeing that they must transform…but not actually getting up from the table and making the transformation happen. If you’ve determined the right path, do what it takes—boldly, with a commitment that sends the right message to everyone else.

Example: Moving to the Cloud 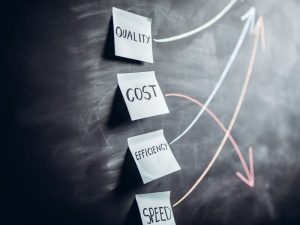 I often encounter executives who’ve fully convinced themselves, as I once had, of the importance of moving to the cloud, but are not “yet” doing so. They’ve done their due diligence on the cloud and its expected benefits for their company. They see that the cloud will give them the agility they need to survive digital disruption. They know it will let them build more resilient systems and develop a more robust security posture. They have a mandate to grow revenues and they know that their best opportunity to innovate new revenue streams and access new technologies is in the cloud.

And yet, they’re hesitating, building complex spreadsheet models that compare the cost of a computing instance in the cloud to one in their datacenter—and finding, of course, that they get different results based on different assumptions. One model shows them saving a bit; another shows them saving a ton because they’re turning instances off when they’re not using them; another model, based on increasing sales volume, shows infrastructure costs going up accordingly. Their models are becoming increasingly complex. And they won’t move aggressively into the cloud until they have a perfect model everyone agrees on.

Now, I know that when they build a better model with the help of our cloud economists, they’ll likely see that they’ll save a considerable amount. And I know our cloud economists can point to customer references, benchmarking studies, and industry analyst reports that will back that up. But, honestly, once you’ve reached a reasonable level of precision in your estimates, and it’s become obvious, looking at the big picture, that moving to the cloud is advantageous, there’s a severe cost to hesitating.

Sometimes leaders already know the right thing to do. They know that no matter how much more analysis is done, it won’t change the decision. I wish they’d move forward, with the appropriate confidence in their own judgment, even if it means they’ll have to work hard to convince other executives.

Look carefully at the structure of the decision. The cloud may well be essential to the survival of the company. It will keep the company relevant in the twenty-first century by helping it meet customer expectations. Surely that’s worth a lot. It’s relatively low risk (not riskless) because the pricing model is pay-as-you-go, and you can change your mind at any time and stop paying for it. And the decision is urgent because the digital world moves fast.

So how precise does the cost estimate need to be before you make a go-ahead decision? 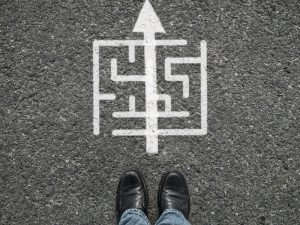 It wouldn’t matter so much if we weren’t in an environment that demands urgency. The risk of delay is considerable. The move to the cloud will be incremental, with ample opportunities to learn and change course as necessary. It’s an ideal opportunity to practice the modern technique of reducing risk by investing in staged increments and proving the business case as you go. From an employee’s perspective, the executive team may appear indecisive or worse, hypocritical, if they talk about the need for speed and innovation and then move agonizingly slowly to a new technology that has clear business advantages.

Of course, a decision to move to the cloud must be made responsibly, just like any other business decision. You must understand the costs, benefits, and risks at a granular enough level that the outcome is clear. But it doesn’t require that you know exactly what the benefits will be, or the exact plan you will use to get the best possible results. Look, I’ve been guilty of nervously continuing to gather information and debating a decision that’s already clear, too. But there’s a time value of money, and every day of delay has a cost.

Please: Don’t take undue risks for your company! And don’t become less risk-averse! I’ve heard many people talk as if increasing risk exposure is a good or necessary thing. A leader should carefully mitigate business risks. No, this is about personal risk for the leader, not business risk for the company. If something goes wrong, someone is likely to point a finger at you. That’s the downside of being a leader. Go ahead and mitigate your personal risks…but don’t let that get in the way of delivering value to your organization.

That, to me, is leadership: making decisions with incomplete information. It requires careful deliberation and collecting input from others. And a good leader is willing to change a decision, no matter how much of their ego is wrapped up in the original direction. But a bold leader acts decisively when the time is appropriate. And that takes guts.

More on this topic
Cloud for CEOs, Adrian Cockcroft
A 12 Step Program to Get from Zero to Hundreds of AWS-Certified Engineers, Jonathan Allen
Minimal Viable Refactoring: The 5 Best Ways to Improve Your App on the Way to the Cloud, Mark Schwartz
Risk and Plans: More Constraints Requires More Agility, Mark Schwartz