Customers are building globally distributed IoT solutions with AWS IoT. A device that connects to AWS IoT must be provisioned in an AWS Region. However, when devices are shipped globally, you don’t know in which AWS IoT Region the device will connect when it starts operation. In this blog post, I will describe a global AWS IoT device provisioning process.

A device must be provisioned to work with AWS IoT Core. To provision a device:

To connect to AWS IoT, the device must know the AWS IoT endpoint.

In my implementation, I use ipstack.com to look up the geolocation for the device’s IP address. To use the ipstack.com API, you need an API access key. Follow the sign-up steps at https://ipstack.com. The AWS Lambda function that determines the best region gets the API access key from an environment variable.

Upon successful provisioning, the following are returned to the device:

To secure the provisioning process, the device must sign the thing name and send the signature in the provisioning request to Amazon API Gateway. This approach is similar to the one used for custom authorizers in AWS IoT. Every device must be fitted with the private key for provisioning and the URL for the API gateway.

After the signature is verified, a lookup in a DynamoDB table is performed. An “unprovisioned” status means that the device can be provisioned and the provisioning process will start. 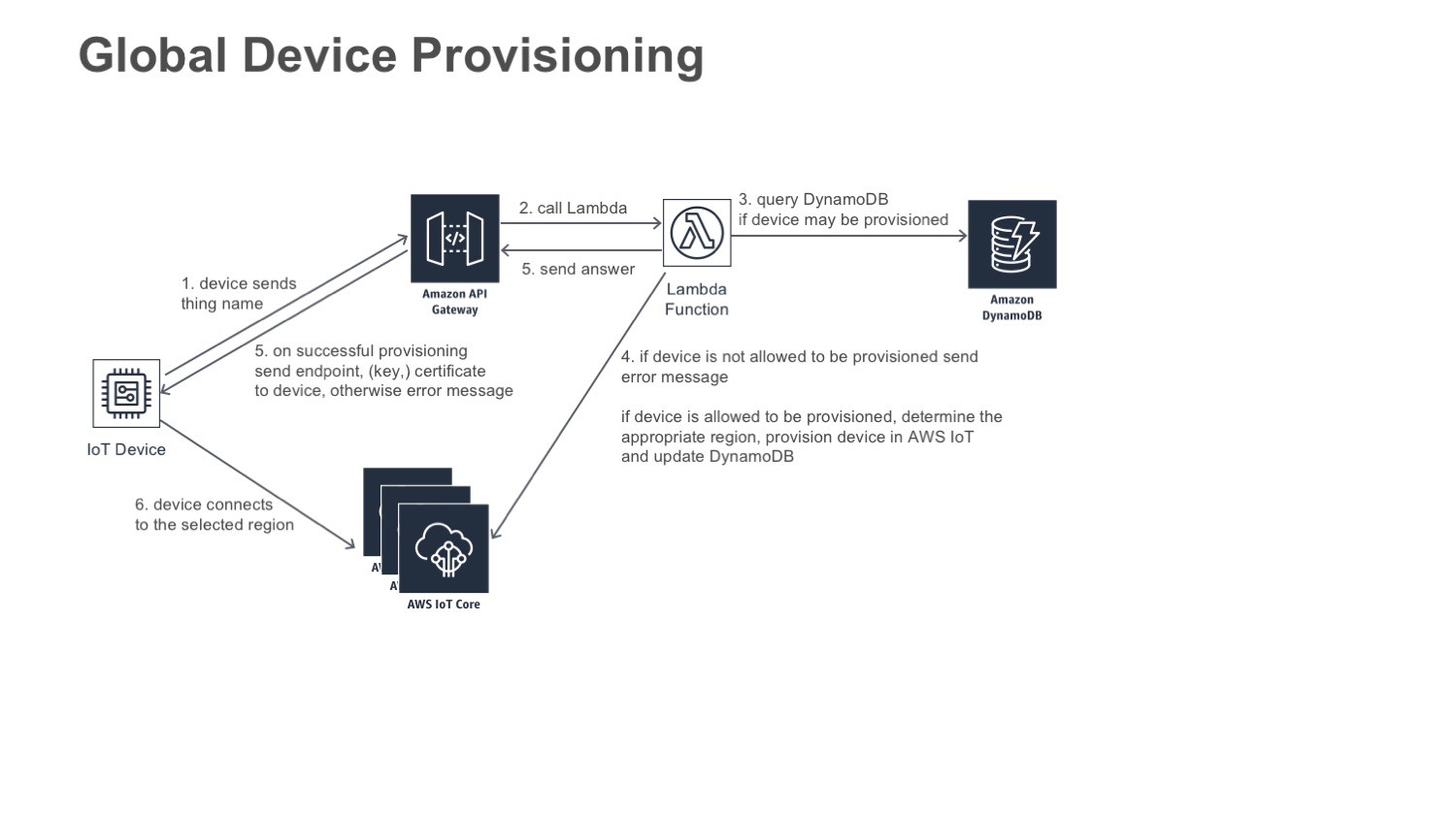 The GitHub repository includes a program that is able to interact with the provisioning solution on the device. In addition to installing the program onto your device, you also need a private key and the URL for your API gateway.

Here is the workflow for provisioning a device:

AWS IoT Device Management offers several device provisioning options to make it easy to onboard devices. When you use other AWS services you can implement solutions to register your devices automatically with AWS IoT Core in the AWS Region of your choice automatically.