This blog is the first of a two-part series in which we walk through the linear television live event ecosystem and how it is evolving through the use of cloud. In part 1, we walk through what the ecosystem looks like today. We cover the delivery process , the challenges being faced by the industry, and how they have scaled event production on-premises. We also talk about over-the-top (OTT) delivery and the complexity of ensuring that the end-to-end ecosystem is performing the way you expect.

Linear television is the delivery of video content to consumers on 24/7 channels typically as broadcast or cable channels. Live events, especially sports, are an increasingly important part of the linear television model as they have the value of immediacy that VOD and binge viewing lack. As a result, live events generate a significant share of the advertising revenue and play an vital role in sustaining subscriptions and ads to channels and services. 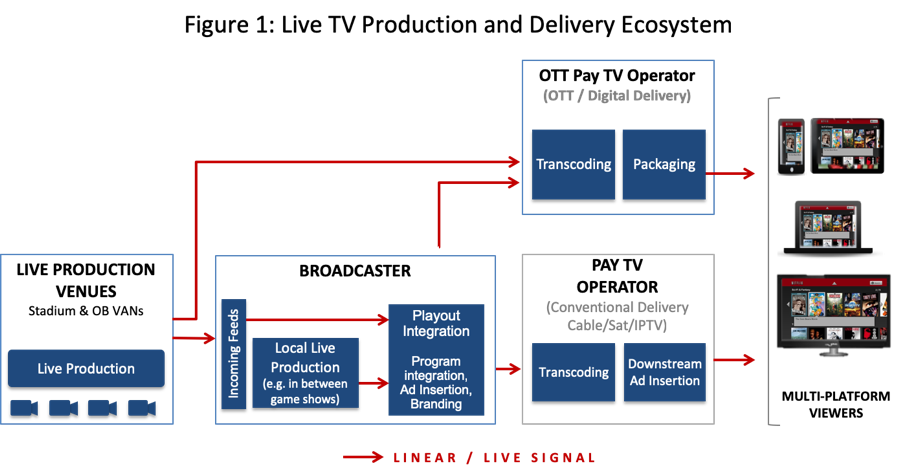 Figure 1 illustrates the overall ecosystem of live event production and delivery today. There are three key processes in the ecosystem: live production, playout integration, and delivery. Next, we will briefly describe each of the three processes.

In the live production process, the live show is created by switching between various live action cameras intermixed with replays, commentary, and other content. Live event statistics and graphics are also overlaid at this point. 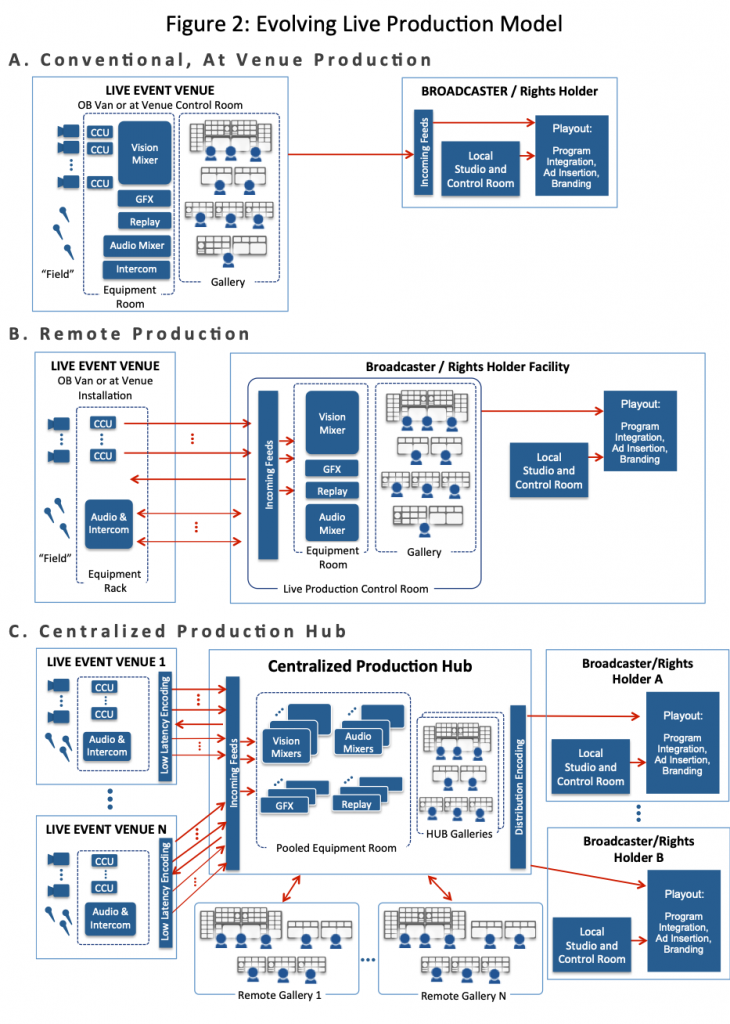 More recently, production service providers including traditional production truck companies have started to build hubs for remote production. These hubs concentrate core production equipment and personnel at central facilities with multiple live production control rooms that can simultaneously produce numerous live events. In some cases, the production personnel operate from control rooms or galleries at the hub; in other cases, the equipment is in the hub but the personnel operate from a remote gallery. The likely next step in this evolution will be the ability to operate remote production using public cloud-based infrastructure, enabling operators to scale up services to match the number of live events they need to produce.

The second process involves the integration of the finished live event produced during live production by adding commercials, promos, station IDs, and other interstitial programming. SCTE “markers” are inserted for downstream ad insertion and localized channel branding graphics. This process is typically performed by the broadcaster who has acquired the rights to the event at the broadcaster’s facility or at the playout service provider’s channel origination facility.

The third process we’ll describe in this blog is the delivery an integrated program to viewers and subscribers. Historically this distribution has been mainly through conventional TV service providers including terrestrial (over-the-air) and Pay TV operators such as cable, IPTV, and direct-to-home satellite service providers.

The delivery process has grown to include OTT and digital distribution, during which linear streams are delivered to users over a public Internet connection. 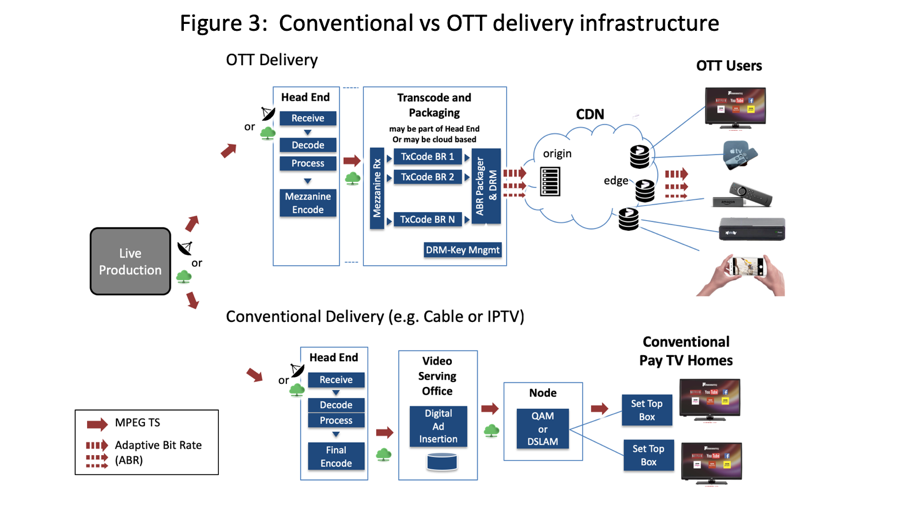 Figure 3 illustrates the difference between cable TV delivery and OTT delivery of content via the internet. OTT delivery will involve an origin, CDN and edge infrastructure for delivery to internet connected devices.

As live linear channels increasingly depend on live events, the number of events and the number of outlets continues to increase. There are a number of challenges in the existing live event production and delivery ecosystem:

In part two of this blog, we examine how the cloud is changing live event delivery and why OTT has been the first distribution model to leverage the cloud.