An Amazon VPC is a logically isolated section of the AWS cloud. Some of our largest enterprise customers have global networks containing VPCs that need to communicate across different AWS Regions, even across different AWS accounts. While this can appear like a cumbersome and complex task, with AWS Transit Gateway Inter-Region peering, it can be greatly simplified – especially when combined with the power of the AWS Cloud Development Kit (CDK).

In this blog post, you’ll go through the creation of a global network that spans multiple AWS Regions using AWS Transit Gateway Inter-Region peering. You will also go over key considerations and take a look at the solution overview, followed by configuration walkthroughs using the CDK. The AWS CDK is an open source software development framework to model and provision your cloud application resources using familiar programming languages, such as Python, which is what we’re using in this blog post.

AWS Transit Gateway is a service that lets you connect your VPCs and your on-premises networks. Transit gateway inter-region peering became generally available during re:Invent 2019 and it’s now easy to connect transit gateways across multiple AWS Regions that are deployed within the same, or in different, AWS accounts.

When creating a global network with transit gateway, consider these network design principles:

The following diagram will be referred to throughout this blog post: 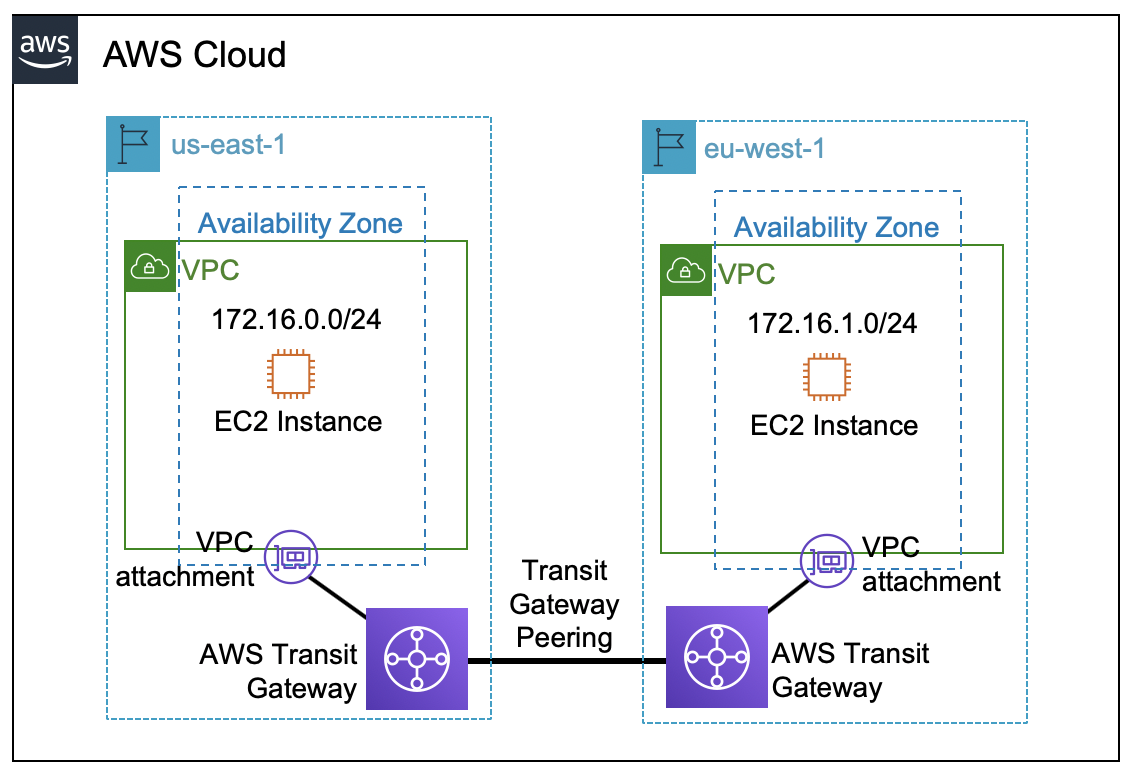 While the transit gateway only connects to VPCs within the same Region, you can establish peering connections between AWS Transit Gateways in different AWS Regions. This lets you build global, cloud-based networks. Traffic using transit gateway peering stays on the AWS global network, never traverses the public internet and is encrypted in flight – so it always takes the most optimal path, in the most secure way.

By following these steps, you will also launch one EC2 instance in two separate Regions, as well as VPC endpoints to access the instances using AWS Systems Manager Session Manager. This allows you to verify two-way connectivity by pinging from one instance to the other.

Step 1: Using your device’s command line, check out our Git repository to a local directory on your device:

Step 2: Change directories to the new directory that was created during the previous step:

Step 2a: Copy the following JSON document to tell the AWS CDK which command to use to run your app. (This is for Windows only):

Step 6: Synthesize the templates. AWS CDK apps use code to define the infrastructure, and when run, they produce, or “synthesize” an AWS CloudFormation template for each stack defined in the application:

Step 7: Deploy the solution. By default, some actions that could potentially make security changes, require approval. In this deployment, you are creating an IAM role for the EC2 instances and creating security groups. The following command overrides the approval prompts but if you would like to manually accept the prompts, omit the “--require-approval never” flag:

While the AWS CDK deploys the CloudFormation stacks, you can follow the deployment progress in your terminal:

The code in the GitHub project deploys resources in us-east-1 and eu-west-1, including VPCs, transit gateways, VPC endpoints, and EC2 instances.

The relevant code in the app.py file is shown below: 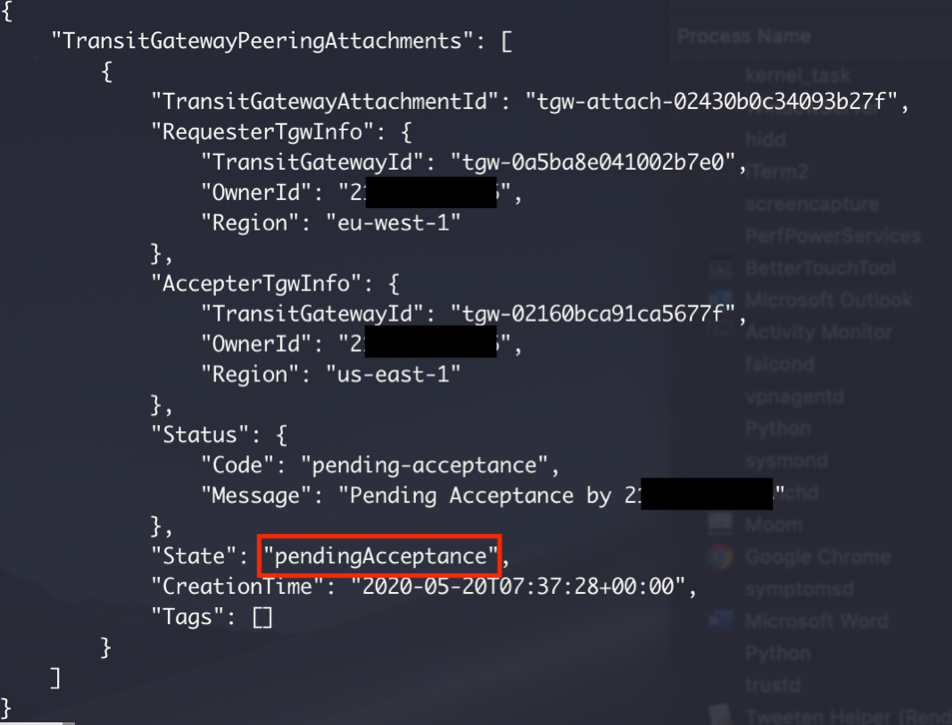 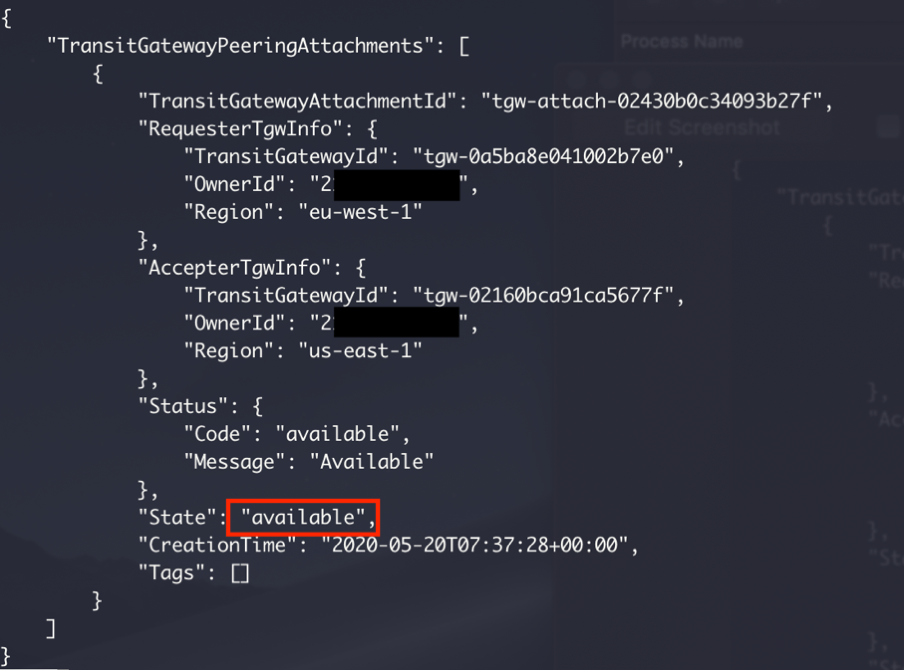 Step 10: Once the peering connection has changed to “available”, add a route to each AWS Transit Gateway’s route table:

To verify cross-region network connectivity, log into the AWS Management Console, select the us-east-1 Region and navigate to the EC2 service. Select “running instances” and then select the EC2 instance that was created during step 7 of the deployment procedure when the AWS CDK deployed the stacks. Scroll down and take note of the private IP address. Also, take note of the private IP address for the EC2 instance in the eu-west-1 Region.

Select the EC2 instance in either Region and choose Connect. For the connection method, select Session Manager and click on Connect: 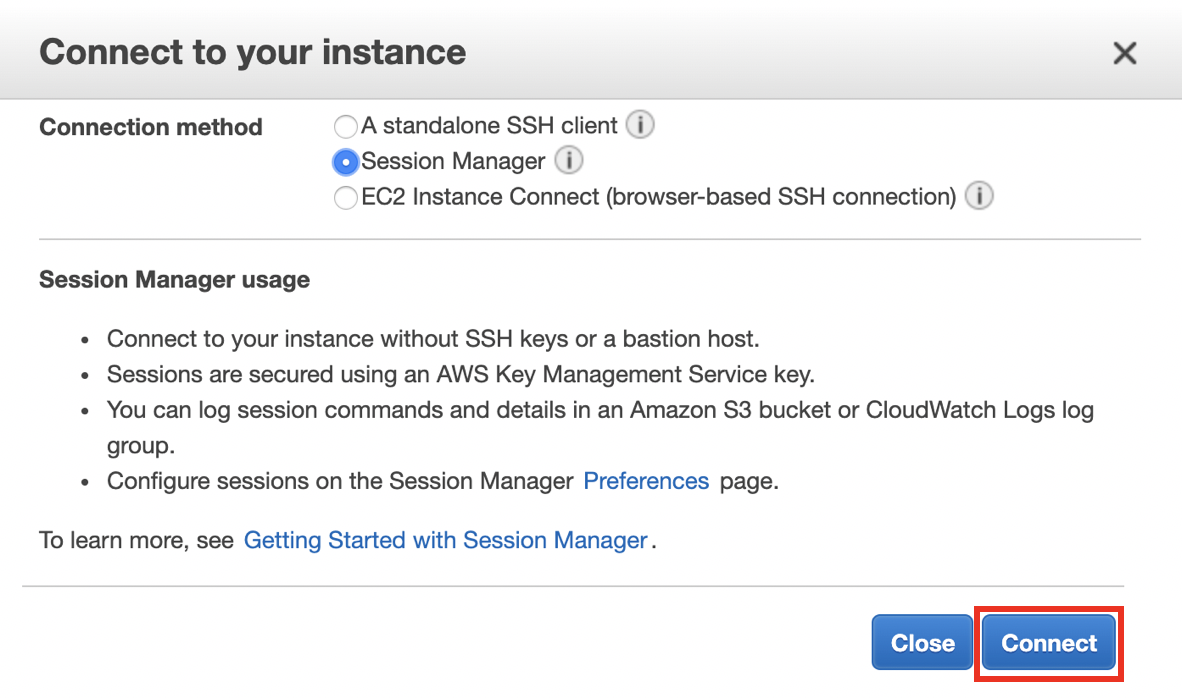 Ping the private IP address of the EC2 instance in the opposite Region in order to confirm end-to-end network connectivity:

ping [private IP address of EC2 instance in opposite Region]

If the ping packets are transmitted and received as in the next screenshot, congratulations! You’ve properly enabled transit gateway peering and validated end to end IP connectivity.

If you are not receiving pings, go through the previous steps to ensure that you haven’t missed anything or made any misconfigurations. 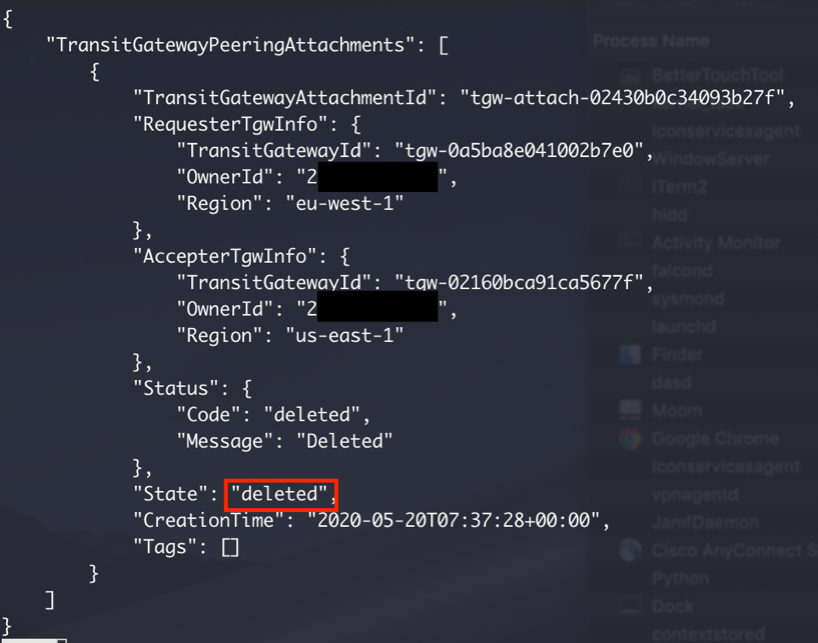 Step 2:  Terminate the rest of the resources with the following command:

When asked to confirm the deletion of the four stacks, select “y”.

By following this blog post, you became more familiar with how to use AWS Transit Gateway Inter-Region peering to create a network spanning two AWS Regions. You also learned how to automate the creation of the resources using the AWS CDK and modeled your cloud resources using Python.

You can scale this functionality to peer a larger quantity of AWS Transit Gateways, each connecting to many VPCs, across many Regions. Truly, AWS Transit Gateway Inter-Region peering allows you to scale your global network – by keeping things simple!

As a next step, check out the AWS blog post that discusses Transit Gateway Network Manager, enabling you to centrally manage your networks that are built around transit gateways. 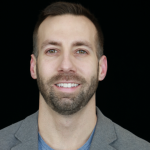 Joel Desaulniers is a Solutions Architect at AWS in the World Wide Public Sector (WWPS) and he works with the Canadian Federal Government to help accelerate its journey to the cloud. Before joining AWS, Joel spent 15 years in the field of networking, working with enterprise customers and service providers. He lives in Ottawa, Ontario with his wife and three young children. 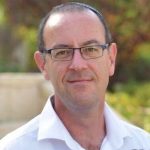 Maish Saidel-Keesing is a Senior Solutions Architect at AWS with a passion for DevOps and organizational transformation. For the past 20 years he has specialized in IT infrastructure, virtualization and cloud technologies. Maish lives in Israel with his wife and 3 daughters and his current area of focus is accelerating cloud adoption with large enterprise customers, focusing on financial institutions. You can always reach out to him on Twitter (@maishsk).