Many Java applications use Apache Maven or Gradle for building and managing the project. These tools help map how to build a particular piece of software, along with its different dependencies. In almost every scenario, these applications will depend on several external dependencies/libraries. AWS Lambda functions written in Java also use these tools for packaging software.

Previously, if you wanted to build and package Lambda functions with external dependencies in AWS Cloud Development Kit (AWS CDK) using Java or other supported language runtimes, you needed to create artifacts that included all the required dependencies. You would typically do this manually or via wrapper scripts. You could use AWS Serverless Application Model (AWS SAM), which does this out of the box; but, thanks to AWS CDK Assets (specifically, the aws-s3-assets module), this is now possible with AWS CDK, too.

In this article, we’ll show how to build and package Lambda functions written in Java with external dependencies via AWS CDK. You can download the code used in this walkthrough from the project’s GitHub repo.

In this example, we set up a basic serverless architecture using AWS CDK. It creates a REST API using Amazon API Gateway and Lambda proxy integration. The CDK application will create two Lambda functions written in Java and maintained as separate Maven projects. 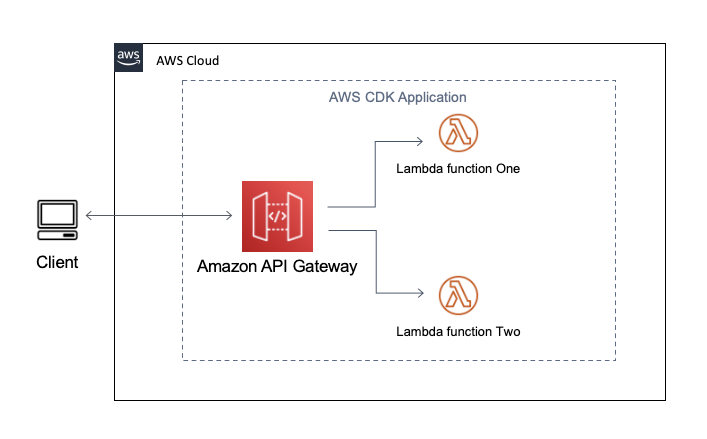 To deploy the application, the solution uses AWS CDK. As a prerequisite, you must have AWS CDK, Java 11, and Docker installed. You must also have the AWS Command Line Interface (AWS CLI) configured.

Step 1: Clone the GitHub repository and synthesize the application with the AWS CDK. Run the following commands in a terminal:

Note: When running the synth command for the first time, the CDK application will pull the Docker image for Java 11. This step might take few minutes to complete depending on your internet connection bandwidth. 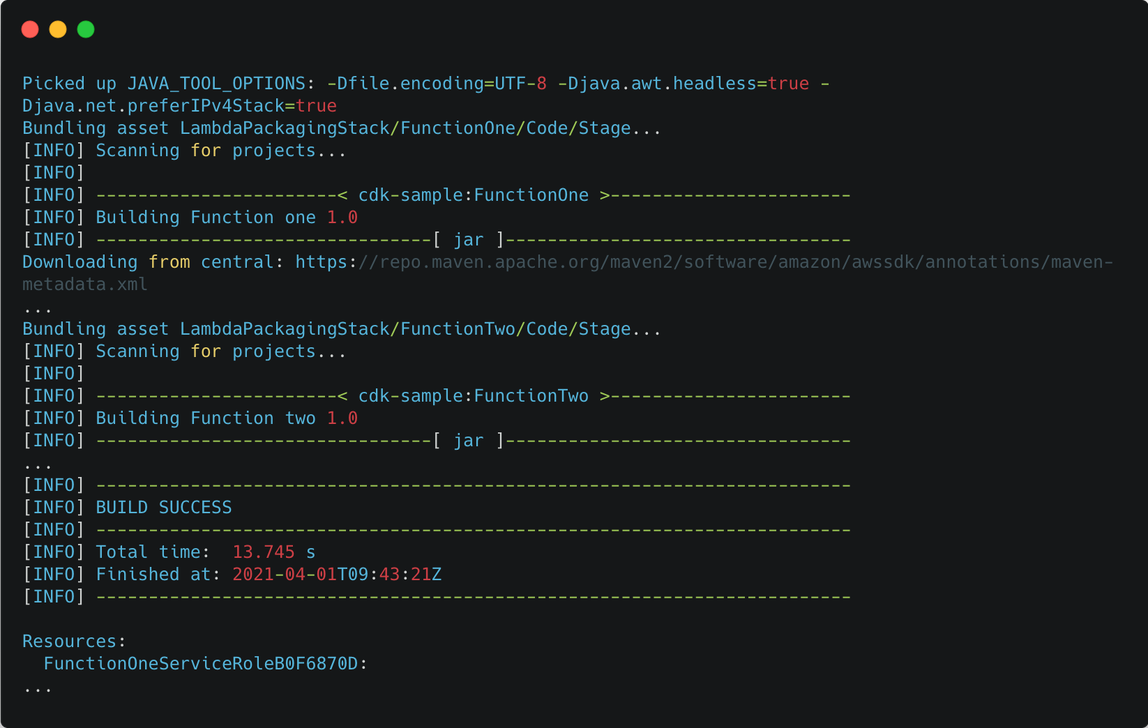 Step 3: Validate the deployed application by copying the HttpApi URL from the output in Step 2:

Walkthrough of the AWS CDK application

Now that we have seen how to build and deploy the demo application, let’s dive into the code for the CDK stack, which takes care of packaging and building the two Lambda functions out of the box.

The InfrastructureStack.java file in the infrastructure folder sets up the architecture shown above.

Setting up the Lambda functions

When defining an asset via Code.fromAsset API, the bundling options command is used to specify a command to run inside a Docker container. The command can read the contents of the asset source from /asset-input and writes files under /asset-output (directories mapped inside the container). The files under /asset-output will be zipped and uploaded to Amazon Simple Storage Service (Amazon S3) as the asset by default. In our example, the asset is already zipped in form of .jar, so we have set the output type as ARCHIVED explicitly.

Run the following command to delete the resources created while following this walkthrough:

AWS CDK lets you apply existing skills and tools to the task of building cloud infrastructure. The launch of a higher level construct in the form of the AWS CDK Assets module allows developers to deploy CDK apps that include constructs with assets. A common example of an asset is a directory that contains the handler code for a Lambda function along with external dependencies.

This article shows how to build and package AWS Lambda functions written in Java with external dependencies using AWS CDK natively. The approach can be applied to other AWS Lambda-supported language runtimes as well.