AWS has joined law enforcement, health, and public officials from more than 60 communities across the United States to help keep low-risk, non-dangerous offenders out of the criminal justice system. As part of the White House’s Data Driven Justice Initiative (DDJI), we are pleased to support these innovative communities who are working to use data to make more informed decisions in an effort to safely reduce local jail populations and connect people to effective care.

As part of the DDJI, AWS will serve as the convener of a Technology and Research Consortium, bringing together data scientists, researchers, and private sector innovators to identify technology solutions.  The first meeting was held last week at the AWS office in Washington, DC where we were joined by more than 40 thought leaders to define the challenges that communities face and the opportunities that the DDJI will afford criminal justice and health officials through collaboration.  Moving forward, these thought leaders will share technology best practices, local initiatives, and data sets, and define research criteria that will help achieve the goals of the DDJI.

One of the jurisdictions that has used this approach to positive effect is Miami-Dade, Florida, which has been leveraging health and criminal justice data to produce meaningful insights.  Through research, they found that 97 people with serious mental illness accounted for $13.7 million in services over four years, spending more than 39,000 days in either jail, emergency rooms, state hospitals, or psychiatric facilities in their county.  As a result, the county provided training to their police officers and 911 dispatchers around how to de-escalate mental health-related calls which led to significant reductions in arrests and diverted more people to mental health services instead of the criminal justice system.  In the past five years, Miami-Dade police have responded to nearly 50,000 calls for service for people in mental health crises, but have made only 109 arrests, diverting more than 10,000 people to services or safely stabilizing situations without arrest.  The jail population fell from over 7,000 to just over 4,700, and the county was able to close an entire jail facility, saving nearly $12 million a year.

Since the White House DDJI announcement, several more counties have committed to joining the initiative.  The technology and research consortium will work to help get these new counties onboarded as well as share best practices like Miami-Dade, who are already implementing data-driven initiatives.  The goal is to cascade knowledge and build a new standard for data sharing and analytics in all participating jurisdictions.

Moving forward, AWS will provide the cloud infrastructure to facilitate individual-level data exchange among practitioners in participating DDJI jurisdictions and provide a data repository for de-identified health and criminal justice data. This will enable practitioners and researchers to access and analyze these data sets to better understand populations of people who are frequently incarcerated, identify opportunities for early intervention, and evaluate which programs are most effective.

“The White House Data Driven Justice Initiative is a prime example of the public and private sector coming together to innovate for the greater good. By using cloud technology to collect and analyze data, this consortium hopes to derive actionable insights that will help reduce unnecessary incarcerations,” said Teresa Carlson, VP of AWS Worldwide Public Sector. “AWS continues to support the justice and public safety community, and views this collaboration as one more step in our commitment to provide secure, agile, and cost effective solutions to our customers.” 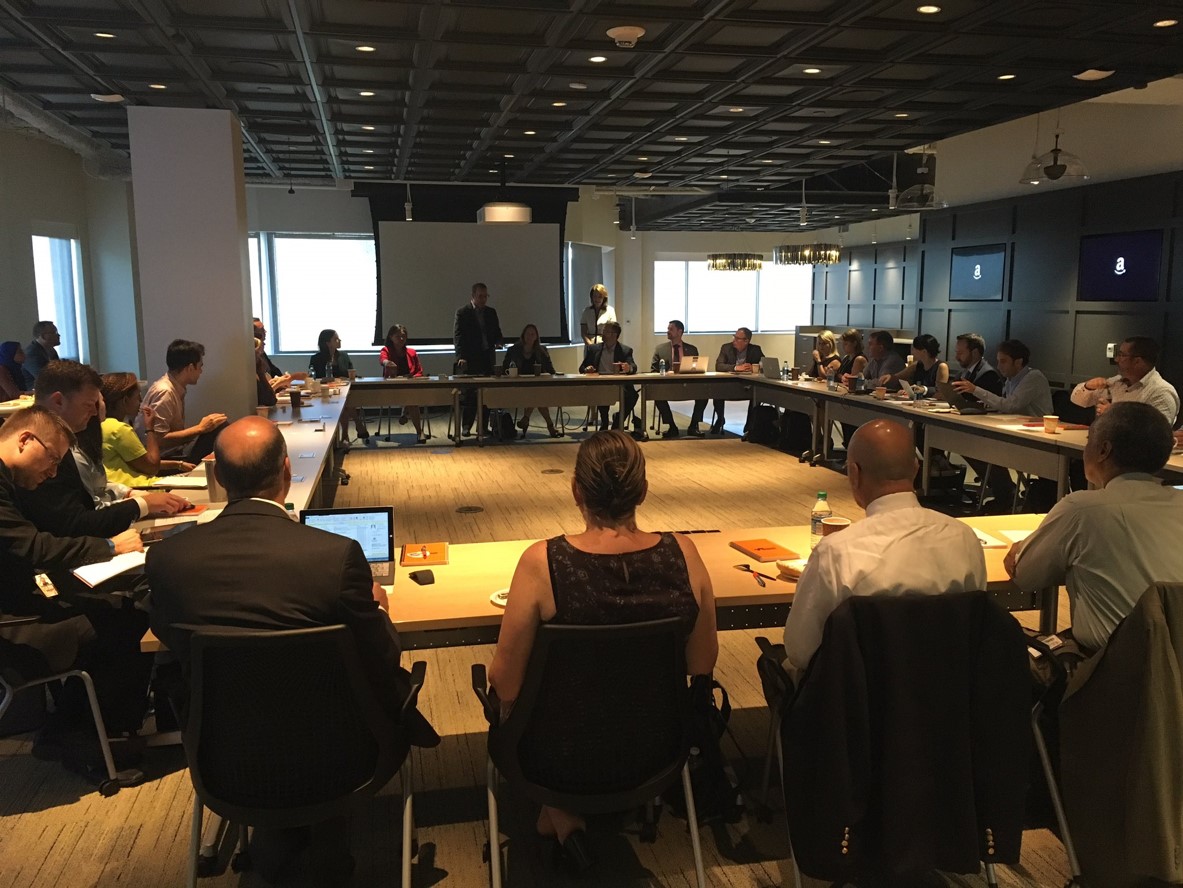