How the Cloud Modernizes and Simplifies Elections

AWS enables rapid deployment and effortless scaling of critical systems for customers who administer, promote, and protect the electoral process. Candidates are empowered to focus on the core issues of their campaign, instead of having to focus on building the underlying infrastructure to support their efforts in a secure, scalable, and cost-effective way.

Here are three different ways the cloud securely modernizes and simplifies the primary functions that drive the elections process.

Elections Administrators: Elections are among the most important administrative processes underlying our democracy. Election infrastructure is vital to the essential functioning and administration of elections. From voter registration databases to voting machines, many election administration systems rely on data and supporting information technology throughout the process.

“For us, the overarching feature of using AWS is reliability. On election night, I trusted that I wouldn’t have to worry about capacity or load, and could instead focus on delivering results,” said Marc Burris, Chief Information Office, NC State Board of Elections and Ethics.

Political Campaigns: AWS offers agility for political campaigns to securely engage voters faster and more effectively, and at a lower cost. Core functions, such as standing up a data warehouse or establishing an omni-channel digital presence built to scale for demand, can take months with traditional infrastructure. On AWS, they now take days or even hours. 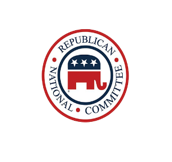 “At the RNC, we leverage many cutting-edge AWS technologies that accelerate our efforts to securely engage with voters and campaigns at scale on timely issues that matter most to them. During the peak times of an election cycle, the elasticity and security of AWS offerings are tested regularly as we manage heightened activity from debates, surveys, and petitions that generate immense online traffic between stakeholders. AWS then provides proactive, ongoing support, including any critical updates for party websites and production workloads,” said Puran Nebhnani, Chief Technology Officer, Republican National Committee.

Civic Organizations: Nonpartisan civic organizations play an important role in raising awareness and driving voter participation. In addition to their primary functions, these cost-conscious organizations can also face security threats and sporadic surges in web traffic. AWS helps them do more with less without sacrificing performance, so

they can focus on their core mission.

“The choice to move to the cloud was clear. AWS was exactly what we needed: a hosting solution that scaled seamlessly. We could create instances on demand to handle data clean-up and import. If we had to build this service on-premises, it would have cost us three or four times as much,” said Jeanette Senecal, Senior Director, League of Women Voters.

Read last year’s blog to see other examples of how the cloud scales to meet election demand and more about elections as a service here.