Credibly: Supporting SMBs During the Pandemic while Preserving Asset-Backed Securitization

The pandemic has had a devastating effect not only on small businesses (SMBs), but also the lenders who provide them with financing. Many SMBs were forced to pause operations due to COVID-19-related shut downs, and many lenders were unable to adapt their underwriting, servicing practices, and technology structure to accommodate distressed merchants while maintaining a viable revenue stream for themselves.

Even before COVID-19, traditional financing sources like banks and credit unions only served the most credit-worthy SMBs or avoided SMBs altogether due to the associated risk, and the uncertainty stemming from the pandemic further lessened their desire to provide financing to this underserved segment.

Fintech lenders are often the go-to financing source for small businesses with their fast approval timelines and less stringent qualifying criteria. However, as the shutdowns continued, many fintech lenders relied upon their standard data analysis and underwriting procedures, which resulted in broad restrictions, in turn resulting in diminishing approval rates. With low approval rates, an inability to efficiently transition to remote work, and high infrastructure and acquisition costs, many chose to stop approving applications and originating new loans altogether. The fintech SMB lending space has existed primarily within an expansionary economic period (2010 – present), and when lenders found themselves unable to rely on their previous underwriting models and technology under the “new normal,” the majority chose to sit on the sidelines.

Credibly, a Michigan-based fintech company, was founded in 2010 to improve the choice, cost, speed, and experience of capital to businesses across the United States. In 2013, they released their first scoring model, which evaluates a business’s overall health beyond traditional metrics.Reaching #35 on the Inc. 500 list, Credibly opened an office in New York and expanded data science, risk analytics, and technology in 2014.  Credibly has provided access to over $1B+ to more than 19,000 SMBs across the United States.

Credibly accepted the challenge and continued making rapid adjustments to its technology that allowed it to adapt its underwriting practices and machine learning. The ability to deploy software updates without a system outage, was key to this quick action.

By analyzing not only new business data but also data from the past fifteen years of SMB performance including during market crises, Credibly quickly refined its underwriting processes to effectively measure risk under current market conditions, and proceeded to roll out incremental iterations with the goal of serving a full array of industries across the U.S.

Credibly’s services that were built using AWS CloudFormation and configured for automatic scale up and down allowed it to quickly provide secure computing resources, including two factor authentications to all employees, ensuring that the company could maintain operations and that all sensitive personal data would be protected. 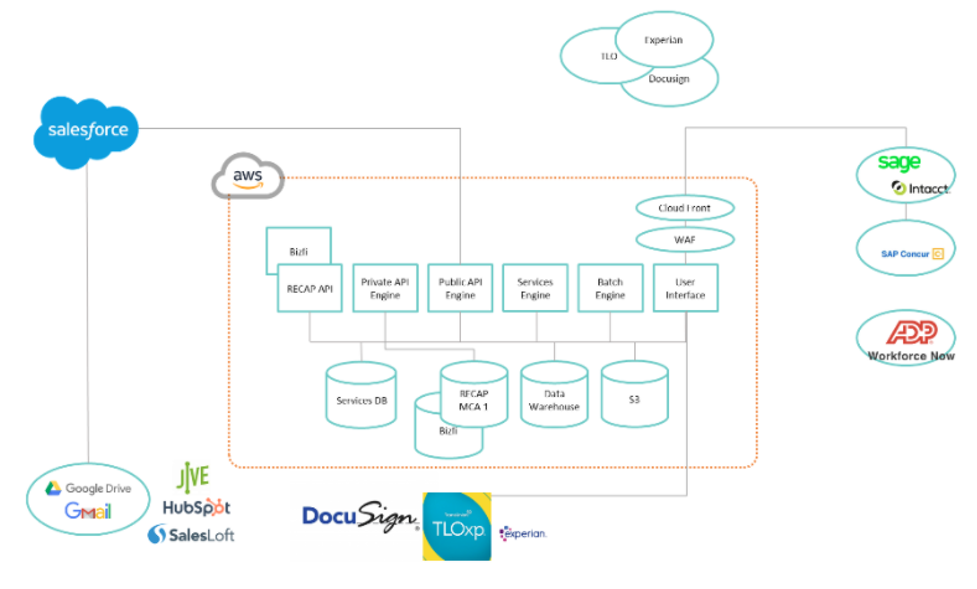 Because Credibly’s technology infrastructure is all within the AWS environment, performance and security were addressed simultaneously through the use of workspaces, regardless of the location and network being used. All users were fully operational within four days running on standard, out of the box, low-cost hardware.

As the pandemic worsened and the demand for debt financing dwindled, Credibly went from receiving thousands of financing applications per week to receiving relatively small volumes. Fortunately, its services engines were built for the cloud using CloudFormation in a self-healing environment within autoscaling based on the load and time of day.

Rather than incurring large infrastructure costs, which are often synonymous with monolithic applications, Credibly’s infrastructure scaled down as it continued originating new financing applications for the limited number of businesses seeking cash flow support.

Simultaneously, Credibly pivoted one third of its staff to the Portfolio Management team in order to assist thousands of small business customers with account modifications, which wouldn’t have been possible without the ability to duplicate the system and infrastructure in a matter of hours.

PPP funds were depleted within a few days, and the Congressional Small Business Task Force announced that a second round of PPP funds would be made available in the following weeks.

In order to help SMBs access these much-needed loans, Credibly quickly mirrored its existing online financing application and implemented a series of rapid deployments to efficiently capture the information required for PPP applications. From there, the company built a new service to facilitate the back-end work required including the use of Amazon DynamoDB for the program and later deployed the system in one day without system outages.

Within a few days of the second round of PPP funds being released by the SBA, Credibly received over 50,000 applications and delivered them to Credibly’s network of PPP lenders. This simply would not have been possible without the ability to dynamically scale up the infrastructure to support high processing volumes, or without the additional support from AWS who worked with us through the process.

Continuing to Support Small Businesses in a Critical Time of Need

PPP loans were provided on a first-come first-served basis and are restricted to one loan per business, so demand for the second round of PPP funding began winding down in May, months before the program’s intended expiry date. Many businesses had already received a loan in the first or early second round of PPP funding and still needed cash flow support; however, very few lenders were willing or able to satisfy this need, so Credibly stepped in.

Within a few months, Credibly was back to originating at almost pre-COVID levels, and its success caught the attention of industry peers who then partnered with Credibly to provide financing to their own small business customers. Since then, Credibly has continued to deploy numerous technology implementations intended to allow for massively increased processing volumes, while making its technology and services more accessible to partners.  For example, implementing automated bank statement parsing and implementing additional data sources that eliminated the need for manual work, as well as new offer calculators to streamline communications with brokers and new document portals to improve the efficiency of exchange required documents. 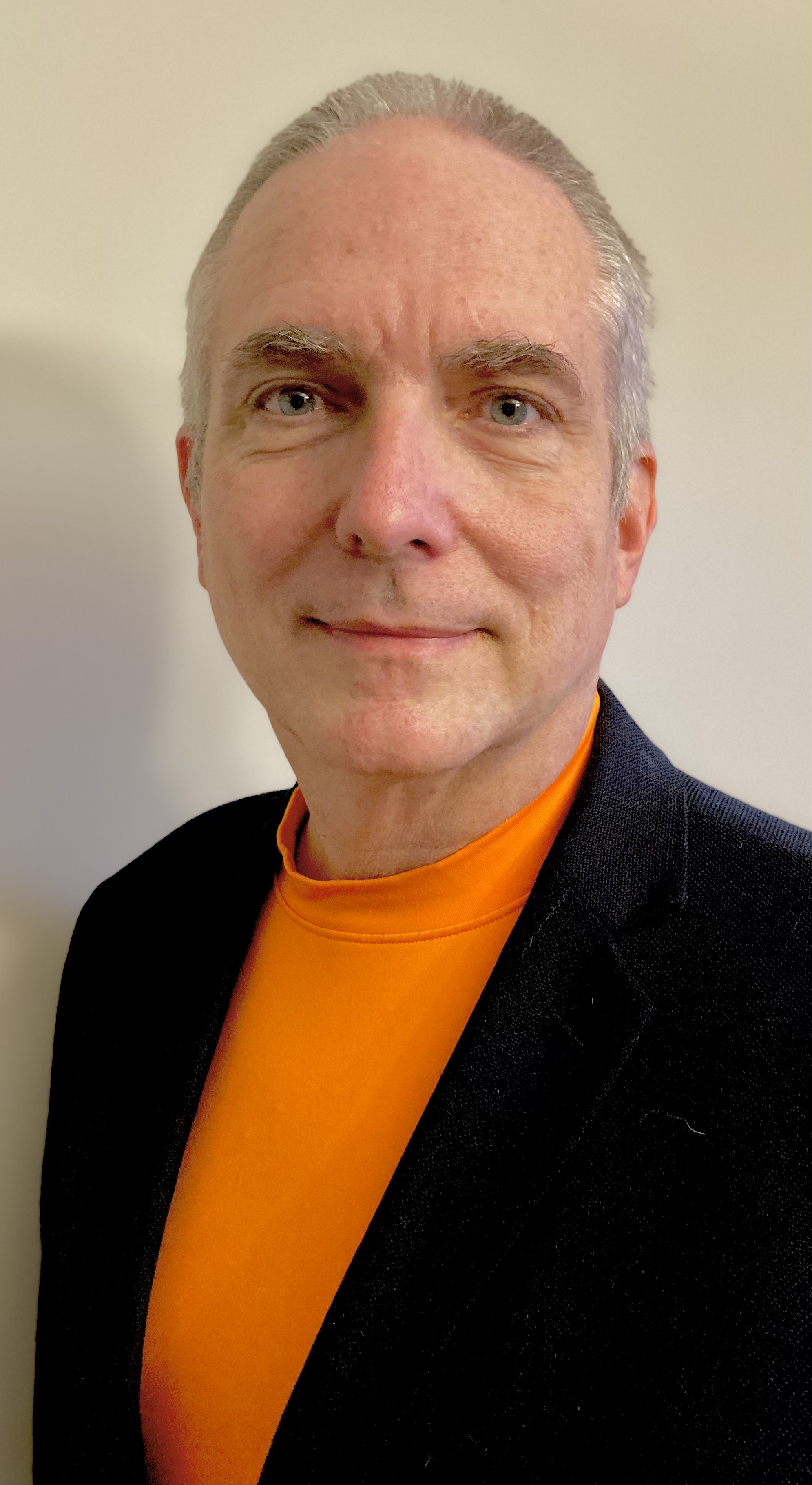 Jerome Pender is the Chief Information Officer at Credibly. Before joining Credibly, Pender was the Operating Partner, Group CIO and Managing Director at Z Capital Partners. Prior to that, he spent over a decade at the FBI, serving as Chief Information Officer and Executive Assistant Director, as well as Deputy Assistant Director. Before the FBI, he held several leadership positions at UBS AG. Earlier in his career, Pender was leading Information Technology teams at the United States Air Force Academy and received his Master of Science from Johns Hopkins University and his B.S. from the United States.