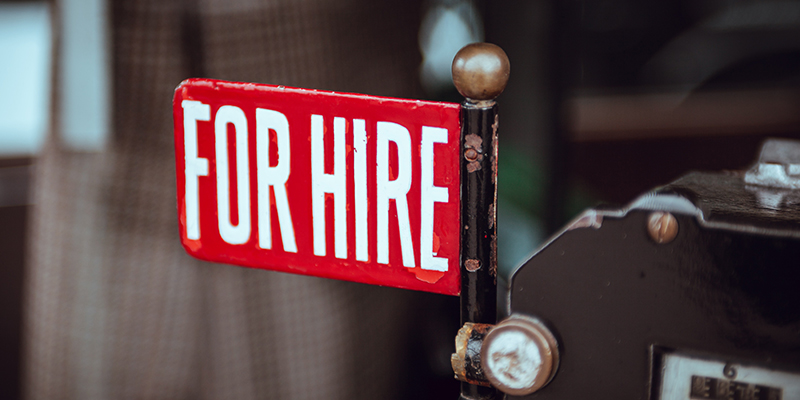 Hiring the right people for your startup is one of the most important things that you will do as a founder. Beyond finding product/market fit, it’s probably the most important thing that you’ll do. Before joining AWS, I’d interviewed and hired a bunch of people as the CEO and Co-Founder of the live event startup Shortcut. Amazon, however, is the only employer that has actually taught and trained me how to properly interview and hire. I’d now like to share some of those lessons here because I think they are critical and particularly applicable to startups.

The first stage of hiring the right people for your startup is to define your culture. How can you assess somebody for cultural fit if you don’t really have a culture? At Amazon, our culture is defined by our 14 Leadership Principles. These principles have evolved over time based on Amazon’s growth, needs, and learnings so don’t feel like you need to copy them word for word. In my view, the Amazon principles that are most applicable to startups are “Customer Obsession,” “Bias for Action,” and “Ownership.”

However you define your culture, whether it’s with leadership principles or something else, you can’t just hire for it and leave it alone. Using those cultural principles is how you should assess potential hires, judge people’s performance, and think about new initiatives. If you hire for culture but then don’t reinforce it, your culture will be defined by your noisiest and most forceful employees.

Amazon hires almost exclusively for cultural fit so the interview is all about assessing for that. We have a question bank that matches questions to a particular leadership principle we’re looking for. For example, if I was checking for ‘Bias for Action’, I might ask; “Tell me about a time when you worked against tight deadlines and didn’t have time to consider all options before making a decision” or “Describe a situation where you made an important business decision without consulting your manager.”

This type of resource is incredibly valuable for your startup. Define your culture, then build out the interview questions that will correspond to that culture. That way, you’ll know that each interviewee is subject to the same criteria and that you’re judging them fairly.

You may have noticed that the Amazon questions are not hypotheticals like “What would you do in X situation?” Ask for real world examples of things that the person has done. That way you’ll get a real sense of their ability rather than their rose-tinged view of themselves.

During an in-person interview loop—Amazon’s term for a series of candidate interviews—a candidate will be interviewed by roughly five different Amazonians all looking for different leadership principles. We’re seeing whether this person ‘raises the bar’ on the current team members. Meeting the bar is not enough. Think of that from your startups perspective – your team and your culture are of vital importance but how are you going to improve if you keep hiring people that are as good as everyone you already have? You must be constantly trying to hire better and better people.

Whatever your process is, make sure that you’re judging people fairly according to your cultural principles. Otherwise you’ll just end up with an office of people who think and act a lot like you.

Airbnb CEO Brian Chesky famously interviewed the first 300 employees at Airbnb until he become such a bottleneck that they had to remove that step. It makes sense to interview the first 50 – 100 people at your startup. If you’re really going to scale, those people are going to be your cultural bedrock and it makes sense for you to have final say on whether they are or are not a good fit.

Once you get past 100 people, though, you become the bottleneck. That’s when training becomes incredibly important. You’ll want to know that the people interviewing the next 500 employees will have the same high standards as you. That’s when things like really defining your culture and having a question bank that people can refer to are critical. At Amazon, each interview also has an independent bar-raiser who is specially trained to assess whether the candidate is indeed raising the bar for the company.

As the founder, you should probably do the first rounds of training. That way, rather than act as a bottleneck on the hiring process, you’re scaling yourself by training the next generation of hirers.

The way that Amazon interviews and hires is one of the most important things that I’ve learned here. It’s also one of the most important things that I can see that is missing from a lot of the startups that I’ve worked at or meet in my current role. Really, it comes down to just a couple of things that are easy to remember: Set the culture, hire for it, don’t ask hypotheticals and constantly raise the bar with each new hire. Do that and you’ll have an incredible team in no time.