How Transfix is Building the Future of Trucking with AWS + SageMaker 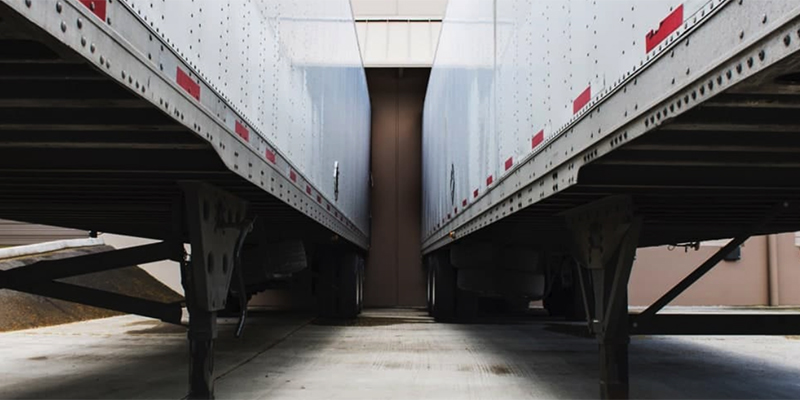 Trucking is the backbone of the American economy. It’s a $700 billion dollar sector that employs more than 10 million people, both directly and indirectly, moving 71% of U.S. freight by weight.

It is also incredibly fragmented. The American Trucking Association estimates that 93% of interstate trucking companies (known as carriers) are comprised of 20 trucks or fewer. If you’re a shipper, finding one of these carriers to haul your freight has historically been a pain point. It was a manual process that involved combing through your contacts, working the phones and negotiating a rate—often without knowing what that best rate “should” be based on market factors.

At Transfix, we’re hauling this process into the 21st century. We’ve built a digital freight marketplace that matches and connects shippers with carriers based on a number of key variables like location, success rate and pricing. Within that pricing variable, there’s a complicated equation that accounts for a number of real-time factors, like weather, demand, or even geographical features along a route. Our platform also learns and adapts to the preferences of the carrier, understanding what key factors are most important, to make the best recommendations.

AWS has been a vital factor in building the Transfix platform, from the early days with just one Rails app, to the complex architecture including multiple machine learning processes we have in place today. Back in 2013, I built the original Transfix MVP myself. As a department of one, I didn’t have the need or the resources for an expensive architectural solution. I was able to pick and choose which AWS tools were absolutely essential, like Elastic Beanstalk and RDS, before scaling up at our own pace and eventually growing into a more robust toolset.

Today, we’re placing a lot of emphasis on Amazon SageMaker, which provides critical components in making shipper-carrier connections in our marketplace. Speed and adaptability are most important. For example, if our developers are looking to spin up a new way to find the most cost efficient trucking routes, they can quickly create the model, train it and deploy it in a very stable manner all within SageMaker. Even for tests that are out of the box, we still have the ability to build, train and deploy rapidly. All of this is vital in a fast-paced space like trucking, where we might need to respond to changes that impact our apps, design or workloads at a given time. 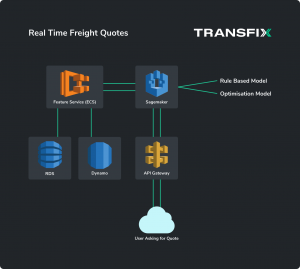 SageMaker also enables us to serve the carriers themselves, who are using Transfix to find freight to haul. Our platform recommends where nearby loads are, so the trucker can make the most efficient and profitable trip. Recommended loads might be based on where the trucker is likely (or unlikely) to go next based on past behaviors, like opting for the most profitable route, or avoiding a specific congested city.

Before SageMaker, all of this was very complicated. We had tools that were quite temperamental, requiring too much developer time just to keep them working. We don’t have time for that anymore. Today, we’ve permeated the shipping ecosystem at scale. Our services are becoming a powerful tool for both shipper and carriers alike, and we need to innovate as quickly as we can to serve our customers.

Thanks to SageMaker, we’re in fantastic position to meet that demand. Our engineers and data scientists are happy because their work actually impacts the end user. They’re not stuck in the weeds working background architecture all day. I like to think of it like this: If you become a chef, it’s because you love to create delicious meals, not because you want to chop onions all day. The same thing applies to engineers or data scientists: You want to work on the code itself, without worrying about deploy process or what kind of instance type to run your code on. For the same reason we are big proponent of tools like Lambda or AWS Fargate. At Transfix, our team is building tech that truly impacts the trucking ecosystem, from the shippers who need the best rates, to the truckers themselves who are looking to make a more efficient and profitable trip.

It’s difficult to overstate the importance that AWS has on rapidly growing startups like Transfix. It’s an adaptable suite that grows along with you. The tools I needed in 2013 as a one-man tech team were different than what we need now, leading a 140-person company, with sights set on massive growth in 2019. Because of AWS, I know that our time is well-spent on serving our end-users, which is incredibly gratifying.

To learn more, check out our interviews with Transfix leadership below: