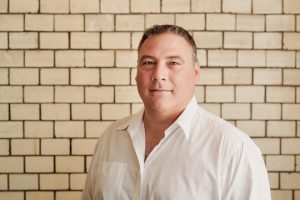 Imagine you’re a car manufacturer who wants to advertise on a news site, but you don’t want your advertisement to run alongside a story about the diesel emissions scandal. Or you sell something in an online shop and need to comb through the reviews, social media feeds and comments to figure out what users want in the next product upgrade or what they think of your customer service. Building a tool that could aggregate and analyze all the keywords, phrases and tonalities—whether the sentiment is positive or negative—would take a couple of years, a specialized development team, and at least half a million dollars. Enter hyScore.io, a customizable API that combines natural language processing and machine learning to create solutions for native advertising, contextual targeting, URL/text inventory searches and any number of other uses.

Before launching hyScore in May 2017, the founders worked for a company that specialized in video content indication (showing the right video for the right editorial content). But none of the existing technology worked to their liking. “We needed something special,” says Michael Boecher, COO and co-founder of hyScore. “One of my buddies was a computational linguist, and we started to develop something on our own.” It went so well they built an API and, after some prototyping and bootstrapping, launched the startup. The name hyScore refers to the fact that every solution the company offers comes with a confidence score that is weighted to indicate how valuable the keyword, category, or sentiment is—the higher the score, the better the result.

Sentiment analysis hasn’t always been successful, but it’s come a long way. Boecher admits that “when it comes to satire, humor … it’s still tricky.” The system doesn’t get every last joke and it always needs context. As an example, Boecher gives the sentence, “The bank is nice.” That sentence in isolation could refer to a power bank that loads your smartphone, a financial banking institution or the land sloping down to the river in a park. But with the right training data, he explains, “the machine gets a feeling” for what’s being communicated. According to Boecher, hyScore has more than 90% proficiency when it comes to understanding text.

hyScore’s proficiency is even more impressive when you consider that the program currently supports twenty languages. In less than 30 days, hyScore can even learn a whole new language. (hyScore typically analyzes editorial content, but it’s easy to extend the functionality and set up the machine to process text from any context.) What’s more, the company prioritizes rapid response. Boecher recalls working with a client who specialized in e-commerce (customer reviews). “After three weeks, we delivered the customized API end point,” says Boecher. “It worked for them, and they said, ‘Cool. So, let’s go to production,’ and after six weeks, they were production ready.” hyScore is adding value, he stresses, by automating processes that are otherwise time-consuming and labor-intensive.

How would hyScore analyze the interview with Boecher? “It was cool,” Boecher says, explaining that the program would score the word “cool” in the positive sense.