For Bryan Loh and the team at RINGS.TV, jumping at the opportunity to build a social live streaming platform specifically for Arab people seemed like a no brainer. The success of various similar products around the world — Periscope and Facebook Live, for example — clearly showed that people were ready and waiting for this type of service. What those platforms lacked, however, was knowledge of the Arab community, something that Loh and his team had in spades. 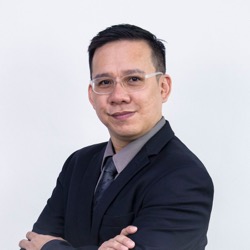 Prior to beginning the work on what would eventually become his current company, Loh spent years as a manager at MOZAT, a mobile-development company that’s been serving the Middle Eastern market for over a decade. During his time there, Loh and the team kicked off the development of a live streaming platform, eventually spinning it out of the parent company in 2016 after receiving interest for investors.

Since then, RINGS.TV’s platform, dubbed Loops, has exploded in popularity, much of which Loh attributes to the company’s focus on building specifically for the Arabian market and their unique needs.

Demonstrating this focus are culturally informed features that Loops currently has to facilitate interaction. Loh points out, “When you observe gatherings in Arab countries, games are a frequent activity. We looked to capture that same experience, but put it online.” This observation led the company to integrate the five games it now offers to its users, which include chess and Baloot, a popular card game.

The idea to build a live streaming platform specifically for the Arab community seems to have fueled massive growth, too. After spinning out just 3 years ago, RINGS.TV’s Loops platform is at nearly 6 million users, a feat of scale that AWS was critical in achieving.

Per Loh, “A main benefit we’ve seen from partnering with AWS is the ability to scale-up quickly. Since launching, we’ve increased our usage to roughly 130 virtual machines, and we’re leveraging the CDN offering as well. Also, historically we’d operated using the Singapore availability zone, but are very excited to leverage the newly launched Dubai AZ to better serve our customers.”

As for what’s next for the growing startup? For Loh, doubling down on what’s working is front-of-mind.

“Our platform currently supports nine people virtually hanging out,” says Loh, “but we have plans to further expand that. We’re also looking to increase the number of games we offer from five to ten by the end of 2019.”