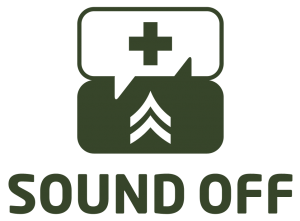 Telehealth is changing healthcare as we know it. With platforms like Talkspace and Better Help at our fingertips, talk therapy in particular has become increasingly accessible. But according to William Negley, CEO of Sound Off, there are still major gaps to fill. Sound Off is a nonprofit telemedicine platform that connects veterans and other service members with clinicians and trained peers that help manage the emotional scars associated with active service – while allowing them to maintain complete anonymity. Here, we talk with Negley about how AWS is helping them reach more people, faster.

“I didn’t set out to build an app,” says William Negley, who purchased the domain name for Sound Off in 2013 while sitting in his room in Afghanistan. What the former CIA operative set out to build was a solution to what he calls a “fundamental flaw” in how the US provides mental health support to service members.

“47% of post-9/11 veterans or service members who meet the criteria for major depression or PTSD have not sought help in the last year,” Negley says. “It doesn’t matter how much money is being spent on clinical support, whether it’s by the VA, Department of Defense, or by nonprofits, if people won’t talk about what’s going on.”

Negley cites stigmatization and even professional blowback as persistent barriers disproportionately impacting the military/veteran population to therapy. The subject hits close to home for Negley, who in 2017 lost his brother-in-law, a Navy SEAL, to suicide.  Despite tremendous access to mental health resources, his brother was unable to deeply engage for fear of impacting his career. So it only makes sense that personal and professional anonymity take precedence among Sound Off’s values. But to hear Negley tell it, achieving true anonymity in the era of data collection required reimagining the standard model.

“From a technological perspective, everything is built now to collect data, so we had to build our own system. We’ve had to skirt every traditional step in engineering to build a truly anonymous telemedicine platform.” The beta version of the app launched in 2020 in Texas. Now, with the help of Amazon Appflow, Sound Off is building a national network.

AppFlow is a fully managed and scalable cloud service that allows businesses to move data between SaaS applications and other AWS services like Amazon S3 and Redshift in minutes and with less costly labor. Sound Off uses AppFlow to optimize and streamline their reimagined system, allowing their “non-engineers” to onboard clinicians and trained peers (or “Battle Buddies”) via their Salesforce platform to be integrated into their system faster and with greater efficiency. “We needed a way to connect our Salesforce database with our backend system. We spent months looking at all these custom integrations, and then I stumbled across the AppFlow page, and I said, ‘Well, this looks like what we need and it’s really affordable.’ The decision to migrate over to AWS was instantaneous.”

The future of Sound Off, says Negley, lies in a state-by-state outreach and expansion strategy. “Our scaling efforts really mean three things,” he says. “Reaching more veterans, reaching clinicians, and reaching battle buddies and getting them onto the platform. Thanks to AWS, the engineering costs required for us to help people are nominal.”