Enterprise customers have repeatedly told us they want to migrate to open-source databases such as PostgreSQL. You can choose from several different ways to migrate your data and database schema from SQL Server to PostgreSQL. However, after the initial database migration is completed, manually rewriting application code, switching out database drivers, and verifying that the application behavior hasn’t changed requires significant effort. As a result, organizations struggle to start these types of projects because of the opportunity cost of tying up developers, and the risk of introducing errors when making extensive changes to the application code. We built Babelfish for Aurora PostgreSQL to make it easier to migrate applications from SQL Server to Amazon Aurora PostgreSQL-Compatible Edition.

In this post, we show how you can migrate from SQL Server to Babelfish for Aurora PostgreSQL.

Challenges in migrating from a commercial to open-source database

Migrating from legacy SQL Server databases can be time-consuming and resource-intensive.

Let’s say you have an application that uses a SQL Server connectivity driver to connect to the database endpoint using the TDS protocol (Tabular Data Stream) and T-SQL (Microsoft’s SQL dialect). Your goal is to migrate the same app to use a PostgreSQL endpoint and PL/pgSQL. Three major steps are involved in any migration: moving over the schema, migrating the data, and modifying the client applications. When moving the client applications, the majority of the work goes into replacing the SQL Server drivers with their PostgreSQL equivalents, then migrating the T-SQL code into PL/pgSQL which is complex, time consuming and risky.

Out of the box readiness: Alternate mechanisms

Now with Babelfish, Aurora PostgreSQL can speak both Postgres PL/pgSQL and T-SQL. A Babelfish instance is bilingual, speaking both protocols and languages with one single cluster. Your application can connect directly to a TDS endpoint and speak T-SQL. It can also speak to the PostgreSQL endpoint and leverage PL/pgSQL. This way, you can keep the legacy app mostly as it’s written in T-SQL. If desired, new development can also be done in T-SQL. Over time, you may choose to gradually migrate to PostgreSQL.

The following is an outline of the migration process with Babelfish:

In this post, we review the School Sample Database, you can download the DDL file here. To run the assessment for your application, complete the following steps for generating the DDL script using SQL Server Management Studio (SSMS): 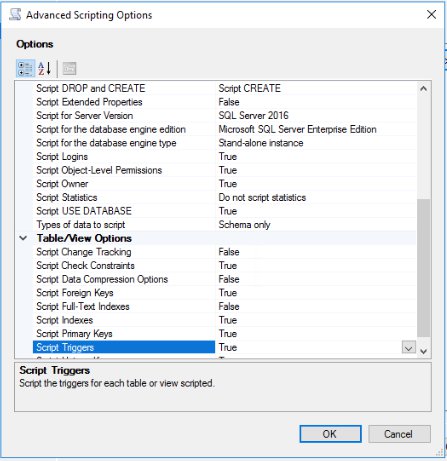 With Babelfish Compass, you run the assessment on the DDL file(s) to determine what extent of T-SQL code is supported by Babelfish and identify T-SQL code that may require changing before running against Babelfish.

For this post, I installed the Babelfish Compass tool in C:\BabelfishCompass: 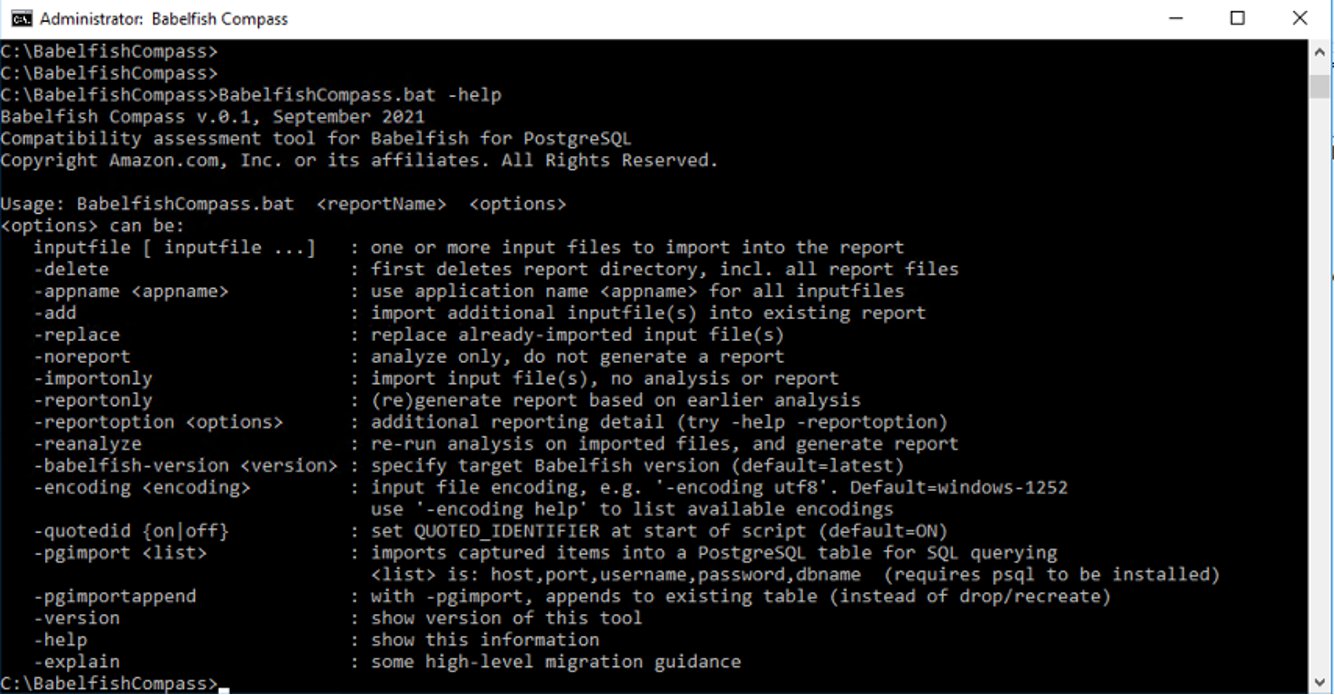 For this post, we use the School Sample Database. You can copy the DDL for this database and save it in a file. We saved the file in the folder C:\BabelfishCompass\test. To analyze this script, you must run the following command line:

After you run the assessment, the report opens in your browser. This report has a summary of SQL features found that are supported or unsupported by Babelfish. To generate a cross-reference with the exact location of each non-supported feature, run the following command line:

Please note that the version of Babelfish being used in this article is version 1.0. Limitations discussed apply to this version. 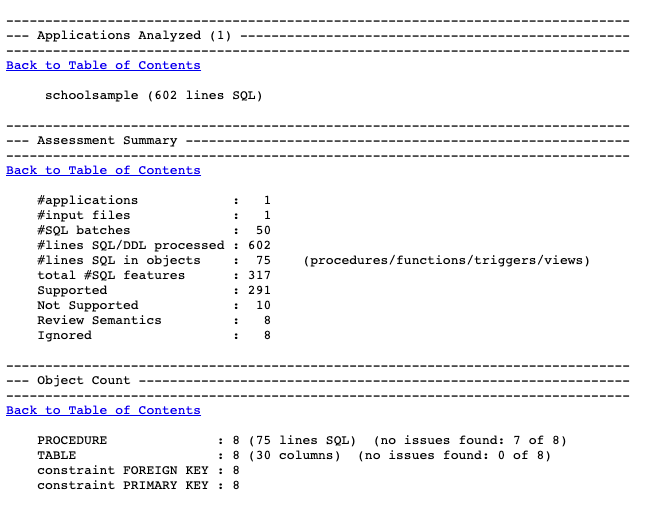 In the case above the TIMESTAMP column is supported in both SQL Server and PostgreSQL, but there is a reason for listing this as unsupported. In SQL Server, TIMESTAMP is a synonym for the ROWVERSION data type whereas in PostgreSQL it allows you to store both date and time and not a synonym for the ROWVERSION. The TIMESTAMP datatype is not supported by the current version of Babelfish for Aurora PostgreSQL. Therefore, you need to change to DATETIME datatype and evaluate your application to make sure it’s not impacting your functionality before proceeding.

In the following example, you can see ALTER TABLE..CHECK CONSTRAINT is not supported by the current version of Babelfish for Aurora PostgreSQL.

Also, CLUSTERED constraints are not supported by the current version of Babelfish for Aurora PostgreSQL. These constraints are still created as if NONCLUSTERED. You need to review the impact on row ordering and its importance within your application before proceeding further.

You can review these using the cross-reference report which links to the exact location of each non-supported feature. The following screenshot shows the cross-reference section. You can click on the line number, which takes you to the SQL for this unsupported feature, so you can review the details. In our case, we choose Table OfficeAssignment, line 60. 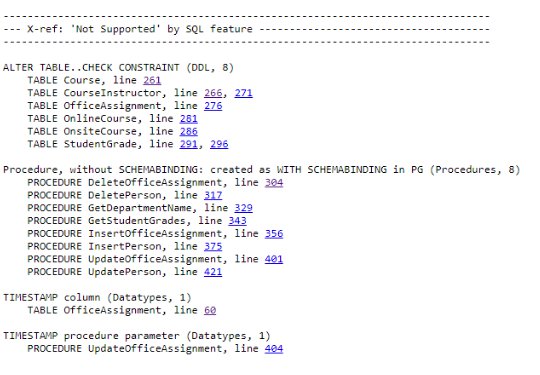 The following screenshot shows us the DDL.

You can validate the remaining observations in the same fashion and then use the updated DDL to populate the Babelfish database.

You can find the detailed step-by-step instructions on how to create the Babelfish cluster and connect to the Babelfish database using SSMS or SQLCMD in the documentation.

As mentioned in the documentation, you can connect to the Babelfish database using the Babelfish TDS endpoint listening 1433 in SSMS query editor and run the queries from there. In this case, open the School sample database DDL file using SSMS (by default, it’s connected to the primary database; choose the query window (right-click) to disconnect and then reconnect using the Babelfish cluster endpoint and credentials).

Similarly, you can use standard SQLServer command line utility sqlcmd to create and populate the database.

In the following screenshot, I connected to the Babelfish database using SSMS and ran the updated DDL script.

When the assessment is complete and you have created the database, to populate your Babelfish database, you can follow the same steps as generating the DDL using SSMS. However, for Types of data to script, choose Data Only, which generates the SQL statements for populating your database.

The database tables and data used by Babelfish are also available to the PostgreSQL engine. You can access your database simultaneously using a Babelfish connection and a separate native PostgreSQL connection in the same application.

You connect to the Babelfish-enabled database from PostgreSQL by using the Aurora PostgreSQL endpoint on port 5432 by default.

After you run the DDL, let’s confirm that we can see the same results between the TDS and PostgreSQL endpoints. 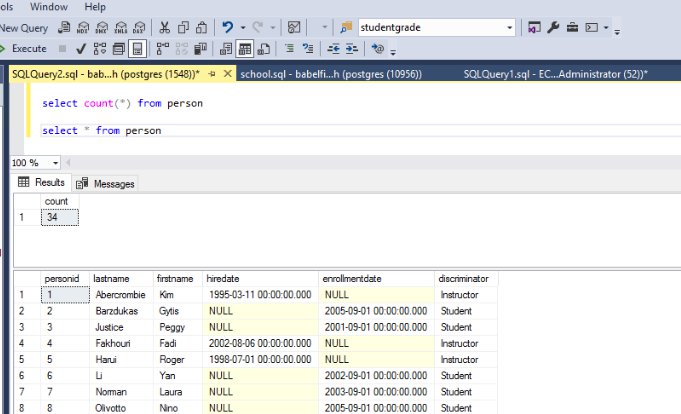 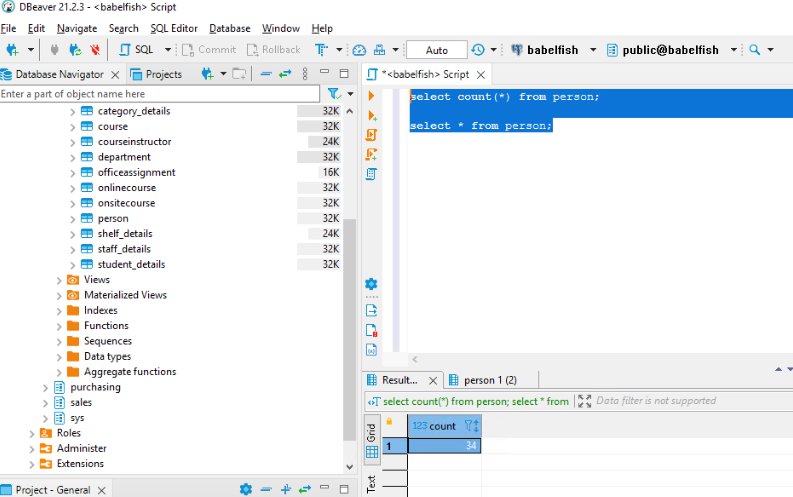 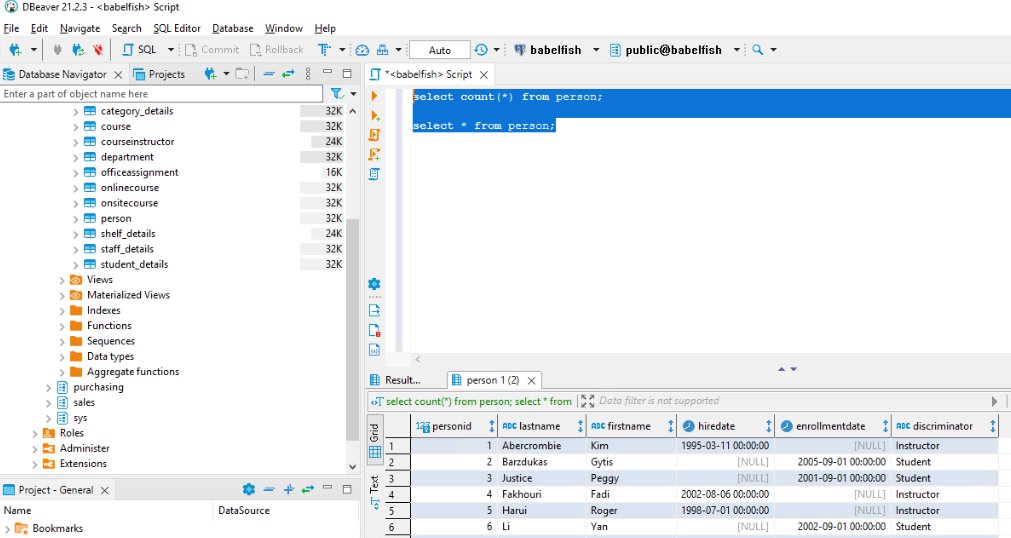 Let’s create some new functionality using T-SQL syntax in SSMS and confirm that it’s working. For example, let’s say you want the application to create a new trigger to list the updated rows when someone updates the person table: 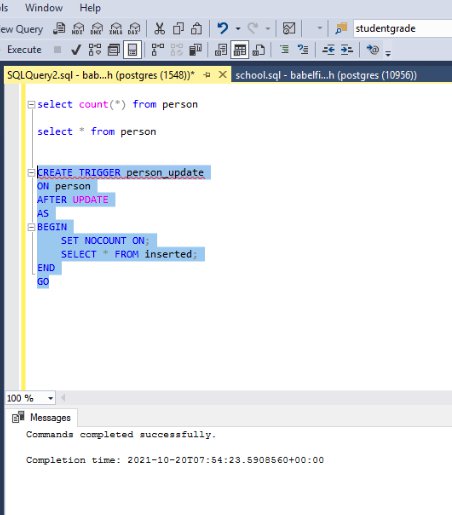 Let’s update the person table and the trigger gets executed (a SELECT statement of the updated rows). For clarity, the row before updating was selected to showcase the value is getting updated. 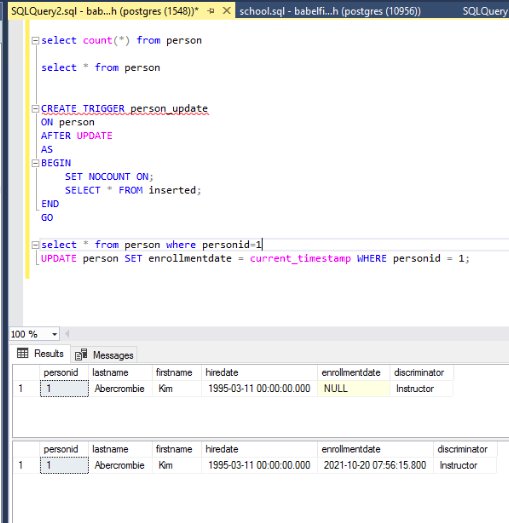 As we can see, the row was updated and the trigger is working correctly as it displays the updated row. We have successfully migrated and tested an existing T-SQL application to Babelfish, including the new functionality development.

The following limitations apply to version 1.0 of Babelfish.

For more information about this feature and the Babelfish for Aurora PostgreSQL service, see the AWS Babelfish documentation.

If you have any questions, comments, or suggestions, please leave a comment below.

Ramesh Kumar Venkatraman is a Solutions Architect at AWS who is passionate about containers and databases. He works with AWS customers to design, deploy and manage their AWS workloads and architectures. In his spare time, he loves to play with his two kids and follows cricket.