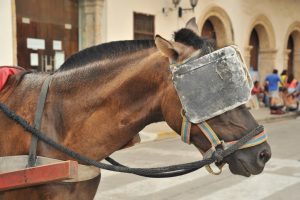 For decades, enterprises have thought of data in terms of the relational database model. It is a brilliant model and has solved many of the data-handling problems of early IT. With a normalized database schema, we could reduce redundancy and bring out the relationships between data items more clearly. We could enforce referential integrity withinthe database engine through declarative constraints, and enforce transactional integrity withinthe database through ACID transactional mechanisms. With SQL we gained a common language that—at least in theory—gave us portability between different database products.

As Werner Vogels pointed out in his keynote at re:Invent yesterday, by far the majority of our data needs don’t really fit into the relational model. This is why the open source community, AWS, and many other software and service vendors have been offering alternatives to the relational model that perform optimally for these other use cases. These alternative types of databases are available; what remains is for enterprises to escape from the relational way of thinking and take advantage of the non-relational models where appropriate to increase performance, resilience, security, development speed, and agility.

According to Werner, a study of the way databases were being used showed that about 70% of data use cases could better be served by key-value stores rather than relational databases. Amazon’s DynamoDB is optimized for those use cases. Other data—those where there are many and complex relationships between data items—can most effectively be handled by a graph database like Amazon Neptune. And, newly announced this week, AWS has a database that is optimal for time series data, Amazon Timestream, and another that provides capabilities for data that must be cryptographically validated, Amazon Quantum Ledger Database.

The important point is not that AWS offers databases in lots of different colors and trims, but that we offer databases that are optimized for the different use cases that enterprises face. One of the largest opportunities we are missing as a profession is the opportunity to choose the database model that is most appropriate for the type of data and access that we have, and our insistence on putting the relational model even when it makes little sense. By doing so, we are reducing the performance, scalability, resilience, and security of our systems. Let’s keep the relational model for the places where it is useful, but be creative and deliberate about how we handle all the other types of data that are important to us today.