Cloud Transformation is Not Just a Cheaper Alternative to a Data Center, But a Path to IT Innovation

For businesses building on the Amazon Web Services (AWS) platform, what’s the difference between transitioning and transforming?

While many are aware of the benefits and implications of transitioning applications or workloads to the AWS Cloud, many IT decision makers (ITDM) are not familiar with the more transformative route a company takes when migrating its business to the cloud, or the factors that motivate leaders to choose this approach.

It’s not to say that either approach is right or wrong; both are valid routes for an organization to take depending on overall objectives.

In this post, I will explore the increasingly popular transformational route and dive deep on what motivates an organization to select the “Cloud to Transform” approach as opposed to the “Cloud as a Transition” approach.

Version 1 holds AWS Competencies in Migration and Oracle, and is a member of the AWS Managed Service Provider (MSP) Partner and AWS Well-Architected Partner Programs.

Cloud as a Transition

When organizations choose a “Cloud as a Transition” approach, they typically migrate existing applications in a rehosting or replatforming scenario. The operations and architecture of those applications will be similar to how those services were originally deployed in an on-premises data center.

The big drivers of this approach are minimizing risk, focusing on efficiency, and cost savings.

There isn’t a heavy emphasis on re-engineering how IT operations work, as any “Cloud as a Transition” approach follows a similar operational model as an organization has today. New cloud skills are required, but IT usually runs the same as it did before, just on new hosts in the cloud.

On the other hand, organizations that embrace the cloud as something that transforms their entire business have much different expectations of both applications and IT in the new environment.

Following the “Cloud to Transform” approach, you will put a relentless focus on how that cloud architecture can deliver for you. It will transform your IT operations, just as much as it will transform the software architectures you deploy. With this approach, you’ll look to challenge your own conventional business to adopt a totally digital model.

It also allows for cloud-native architectures to be adopted for your applications. If you have bespoke applications, for example, you can consider how they might be built in a totally different way to ensure scalability and reliability.

Generally, organizations seeking that kind of transformation will focus on business value, agility, and the rapid assessment and trial of new services. They will fail fast, pivot, and move on to something else. For ITDMs on the cloud, the focus isn’t on inventing new IT operational structures, but rather inventing new services that deliver immediate business value.

Key Impacts of the Transformative Route

For organizations looking to gain transformation through the cloud, pursuing relentless automation is a key factor. Where there are manual tasks, we try to automate them, which involves continuous management practices.

From an IT operations perspective, you need to consider how to build an organization that isn’t based on a patch cycle occurring once a year. Instead, you want to build something that’s able to support continuous change, continuous deployment of new code from DevOps teams, and updates from AWS. The cloud is a continuously changing environment that you must have the appropriate management processes for.

With continuous management, you’ll view IT as a continuous process as opposed to being based on long patch or release cycles. Business and IT change will be continuous and not waterfall-driven. ITIL provides one framework to accommodate this approach with IT operations, and you must tailor your practices to support continuous change over discrete update cycles.

The DevOps approach is essential to managing change continuously as you take your journey of transformation through the cloud.

DevOps is a mentality that involves continuous communication between the development side and the operations side, so that both work as one. With DevOps, you don’t have a big development team talking at odds with the operations team. It allows your teams to better control the speed and velocity of change—something you wouldn’t benefit from via conventional processes.

DevOps is founded on certain principals such as:

Automation can be Infrastructure as Code, or deployment pipelines for code that we develop in custom applications, but automation isn’t just about custom development. It can be about data pipelines and taking data back from production and to development and test environments again. I can also be about applying controls, such as pseudonymization and truncation, to allow control of personal data.

Automation is a philosophy applied to the standard tasks that IT operations do on a nightly basis, alongside the automation of business processes through robotic automation that is rapidly changing business today.

Just as the automation mindset is becoming prevalent in businesses such as banking, we must apply that thinking to everything we do in IT. This will deliver significant transformation of the IT jobs that we do. 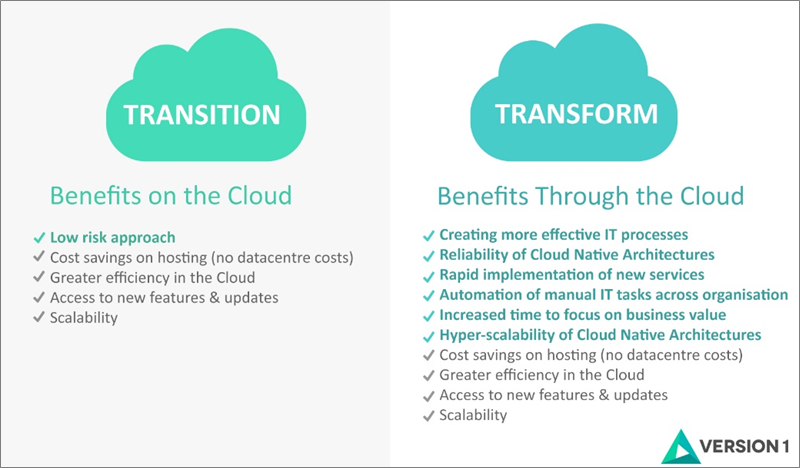 Figure 2 – Benefits of rehosting or replatforming existing IT applications
vs. transforming the IT organization with cloud.

If you’re considering the “Cloud as a Transition” approach, rehosting or replatforming existing IT applications requires the same roles and processes as before, but with some new skills.

Organizations taking a “Cloud to Transform” approach, however, are challenged at all levels to build continuously changing IT operations that benefit from new ways of working, modern cloud technologies, and embracing continuous change.

Some of the things you used to do will be eliminated. Some of your existing services will be simplified, and you will have lots of new technologies and processes to consider along the way. Going the transformational route, you will deliver agile IT to support a digital business vision. 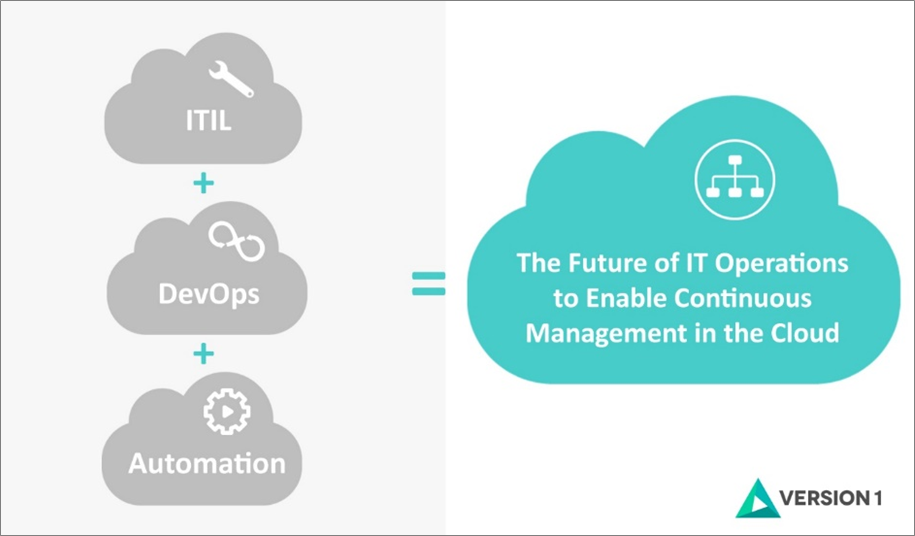 Figure 3 – Continuously managed and “transformed” IT operations encompass a blend of ITIL, DevOps, and Automation mindsets.

As an experienced APN Premier Partner, Version 1 has delivered many cloud transformation projects for both public and private sector organizations across the UK and Ireland. We recently worked with AWS on a large-scale migration project for critical applications of the Legal Aid Agency (LAA) at the Ministry of Justice.

At the AWS London Summit, Tom Read, Chief Digital and Information Officer at the Ministry of Justice, said of the project: “A few years ago, we were not in an ideal situation in terms of technology, with an old on-premises data center and mixed IT estates suffering outages. The complexity of its IT estate meant the LAA could not deploy releases as often as they wished to make services more accessible for citizens, who in a digital world are increasingly expecting to access services on their mobile phones rather than in-person.”

For the LAA, the impact of a “Cloud to Transform” strategy meant more than just a new hosting environment. It meant lower hosting costs compared to their old on-premises data center. It meant greater reliability and resilience. It meant seeing the benefits of DevOps techniques with automation. All of this has enabled the LAA to deploy continuous service improvements with many small updates since go-live; a major shift from their previous six-month release cycles.

These are transformational differences that matter to end-users, supporting better service delivery and an agile program for business change. View Tom’s full presentation at the AWS London Summit to learn more about LAA’s cloud transformation.

In addition to digitally transforming public sector organizations, AWS is also transforming business for Version 1’s commercial customers. CurrencyFair is a globally-scaling business redefining money transfers, and we are proud to have worked with them on many projects, including designing and implementing their original money transfer data platform on-premises, and building a data warehouse and reporting solution in the cloud.

With our understanding of CurrencyFair’s business and core technology platforms, allied to our extensive experience in migrating, running, and optimizing data and applications on AWS, Version 1 was the obvious choice for CurrencyFair to bring its organization on this cloud transformation journey.

Eoin Greene, Chief Technology Officer at CurrencyFair, said: “For over 10 years, Version 1 has been managing and running the databases which are core to our infrastructure and platform, and they also support our BI solution. There was no decision to make; we were going to work with Version 1 on our cloud transformation journey.”

At Version 1, we recognize the “Cloud to Transform” approach is not just a cheaper alternative to a data center but a path to IT innovation. AWS provides an environment where we can begin to transform customer workloads and draw on an ecosystem that supports digital innovation.

Moving fully to the AWS Cloud was in itself a huge accomplishment for CurrencyFair. Now, they can really begin to harness and leverage the AWS suite of tools to enable global growth.

There are no right or wrong decisions when choosing a “Transition” or “Transformation” for your business, provided the route you take aligns to your overall objectives.

With the “Cloud as a Transition” approach, migrating existing applications in a rehosting or replatforming scenario, be cognizant that your applications’ operations and architecture will be similar to how those services were originally deployed in an on-premises data center. If you’re seeking to minimize risk, focus on efficiency, and save costs on data center hosting, the “Cloud as a Transition” approach will meet those demands.

You can also check out AWSExcelerate, Version 1’s unique methodology for migrating Oracle and other complex environments to AWS. This service is considered highly beneficial to enterprise organizations seeking a rapid and agile approach to migrating to AWS.

Version 1 is an APN Premier Partner and Managed Service Provider that offers a full range of cloud services, from strategy, adoption, and design to migration, operations, and optimization. As an AWS MSP Partner, Version 1 covers all aspects of customers’ environments, including infrastructure, networking, application, and database support.