Merging industrial and enterprise data across multiple on-premises deployments and industrial verticals can be challenging. This data comes from a complex ecosystem of industrial-focused products, hardware, and networks from various companies and service providers. This drives the creation of data silos and isolated systems that propagate one-to-one integration strategy.

To avoid these issues and scale industrial IoT implementations, you must have a universal namespace. This software solution acts as a centralized repository for data, information, and context, where any application or device can consume and publish data needed for a specific action.

HighByte Intelligence Hub does just that. It is a middleware solution for universal namespace that helps you build scalable, modern industrial data pipelines in AWS. It also allows users to collect data from various sources, add context to the data being collected, and transform it to a format that other systems can understand.

HighByte Intelligence Hub, illustrated in Figure 1, lets you configure a single dedicated abstraction layer (HighByte refers to this as the DataOps layer). This allows you to connect with various vendor schema standards, protocols, and databases. From there, you can model data and apply context for data sustainability. 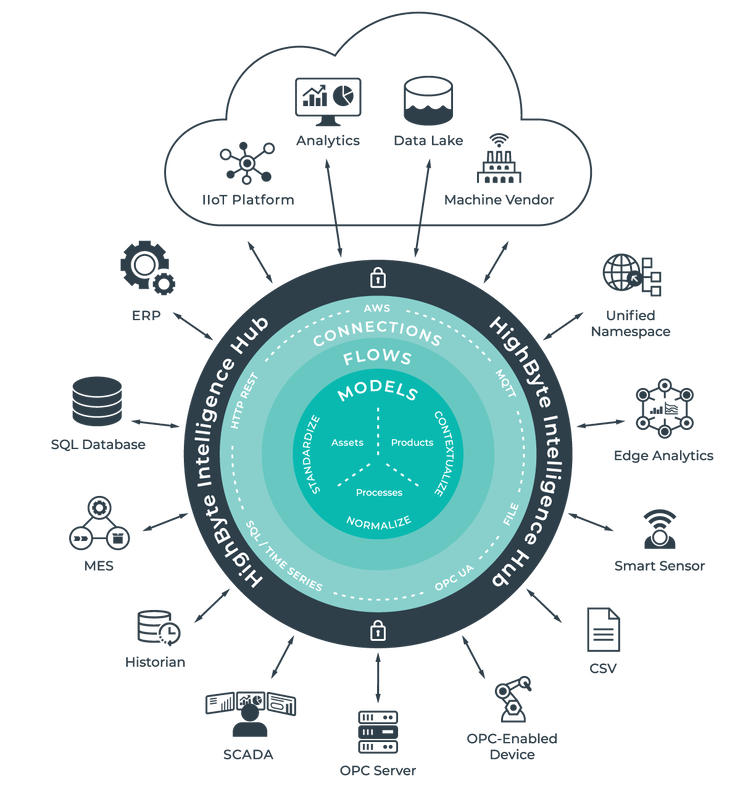 HighByte Intelligence Hub uses a unique modeling engine. This allows you to act on real-time data to transform, normalize, and combine it with other sources into an asset model. This model can be deployed and reused as necessary. It represents the real world, and it is available to multiple connections and configurable flow paths simultaneously.

For example, Figure 2 shows a model of a hydronic heating system that was created with HighByte Intelligence Hub. 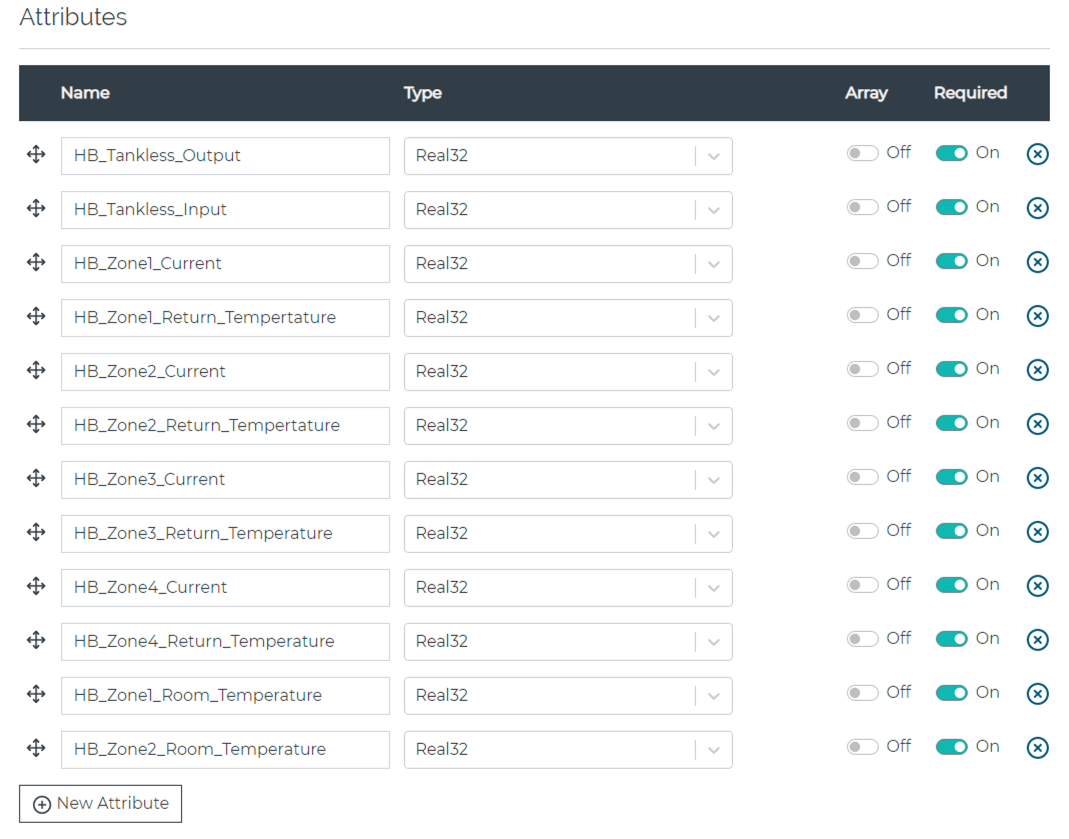 Figure 2. Creating a model of a hydronic heating system in HighByte Intelligence Hub

With this model, you can define a connection to AWS IoT SiteWise and publish the model directly. This way, the general model and the instance of the model will immediately be available in AWS.

This model can also: 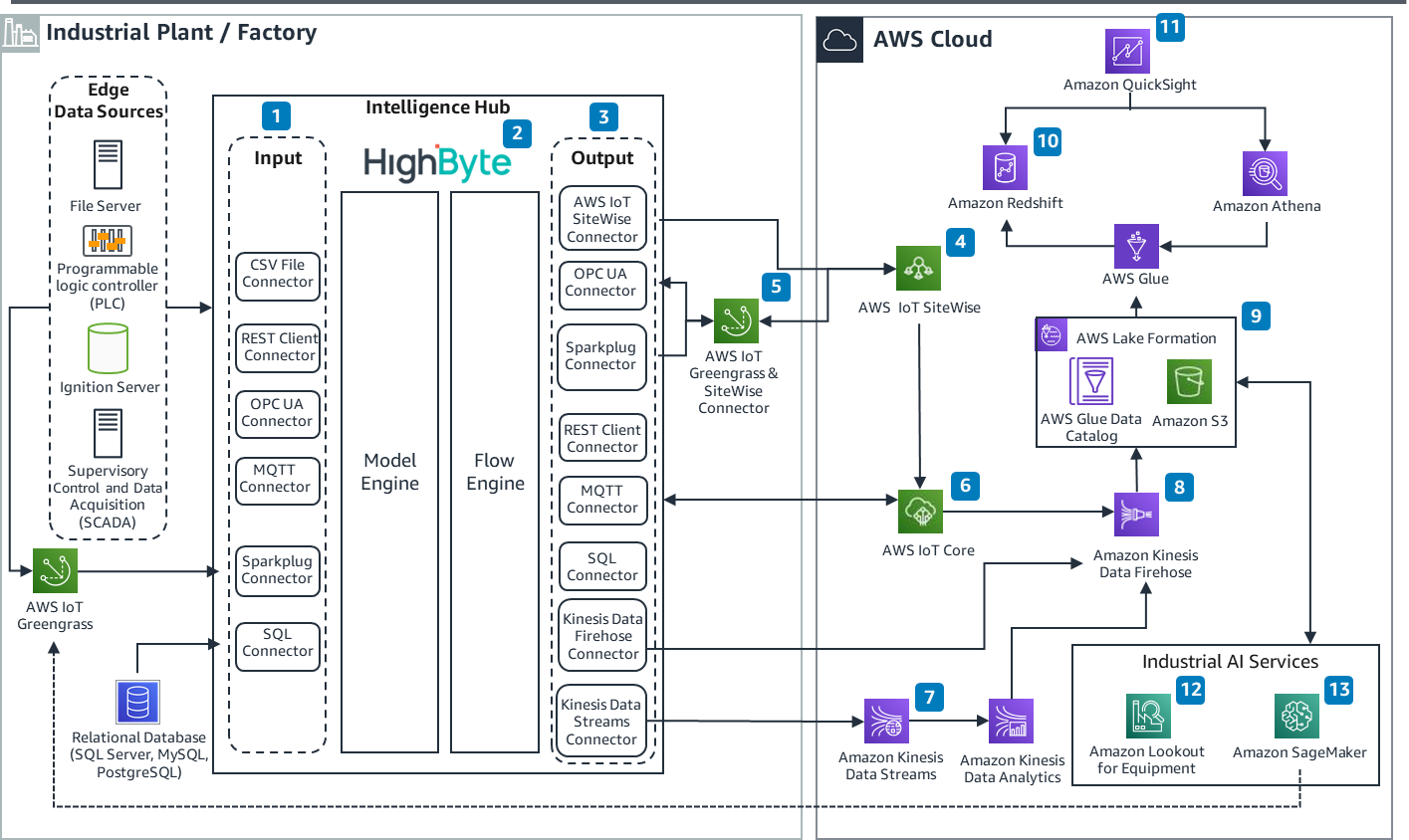 The next sections will take a closer look at how to configure HighByte Intelligence Hub to work with AWS. 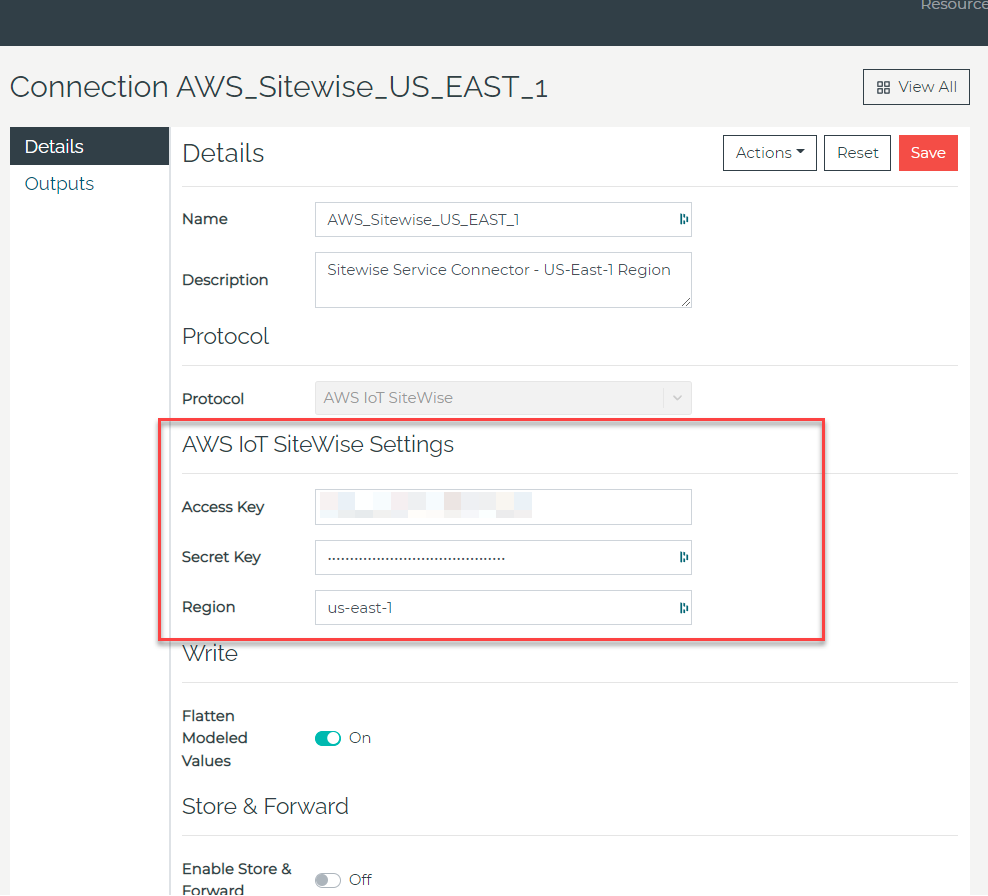 Figure 5 shows where to provide an AWS access key and secret key that’s attached to an appropriate AWS Identity and Access Management (IAM) role. This role must have the required AWS IoT SiteWise permissions. 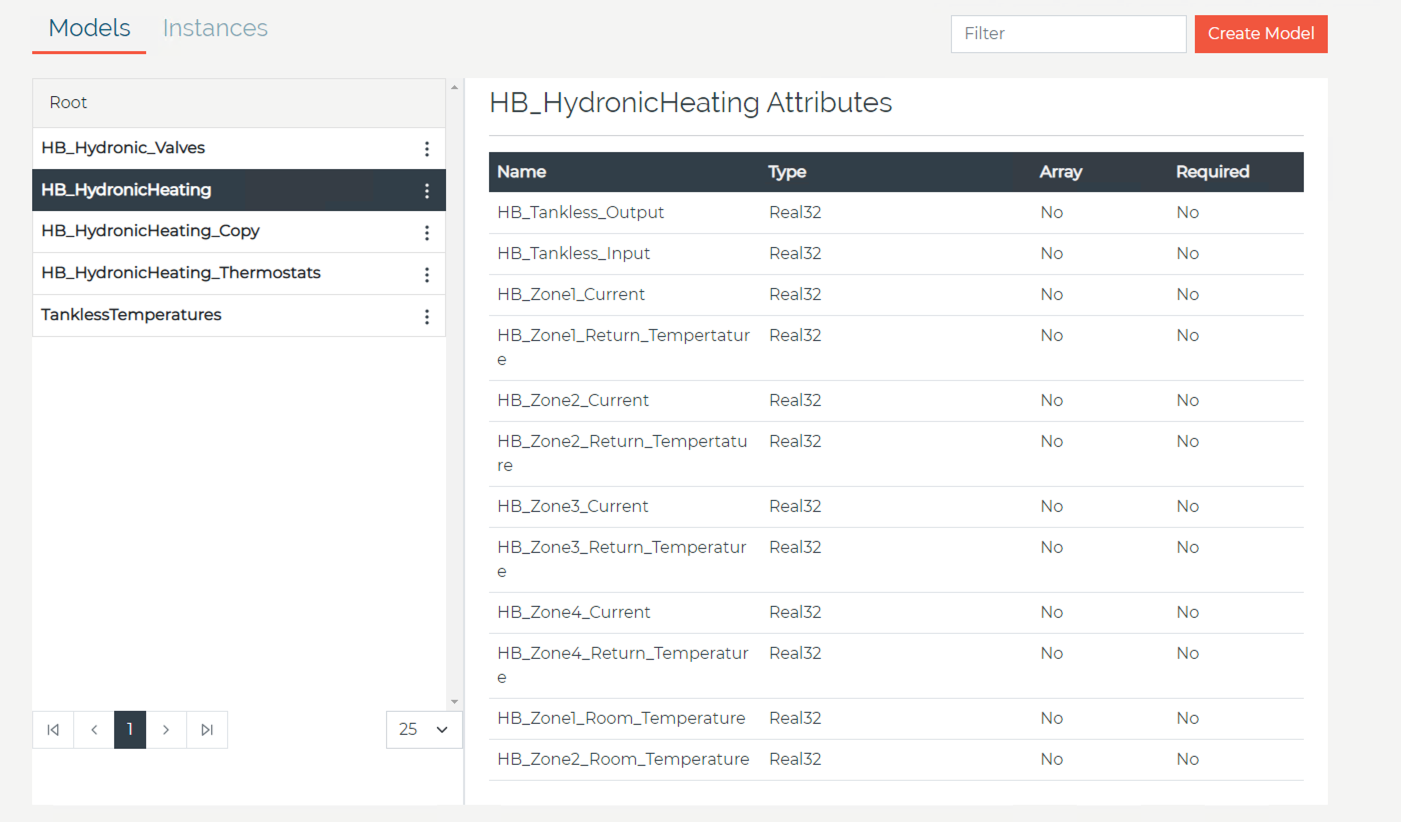 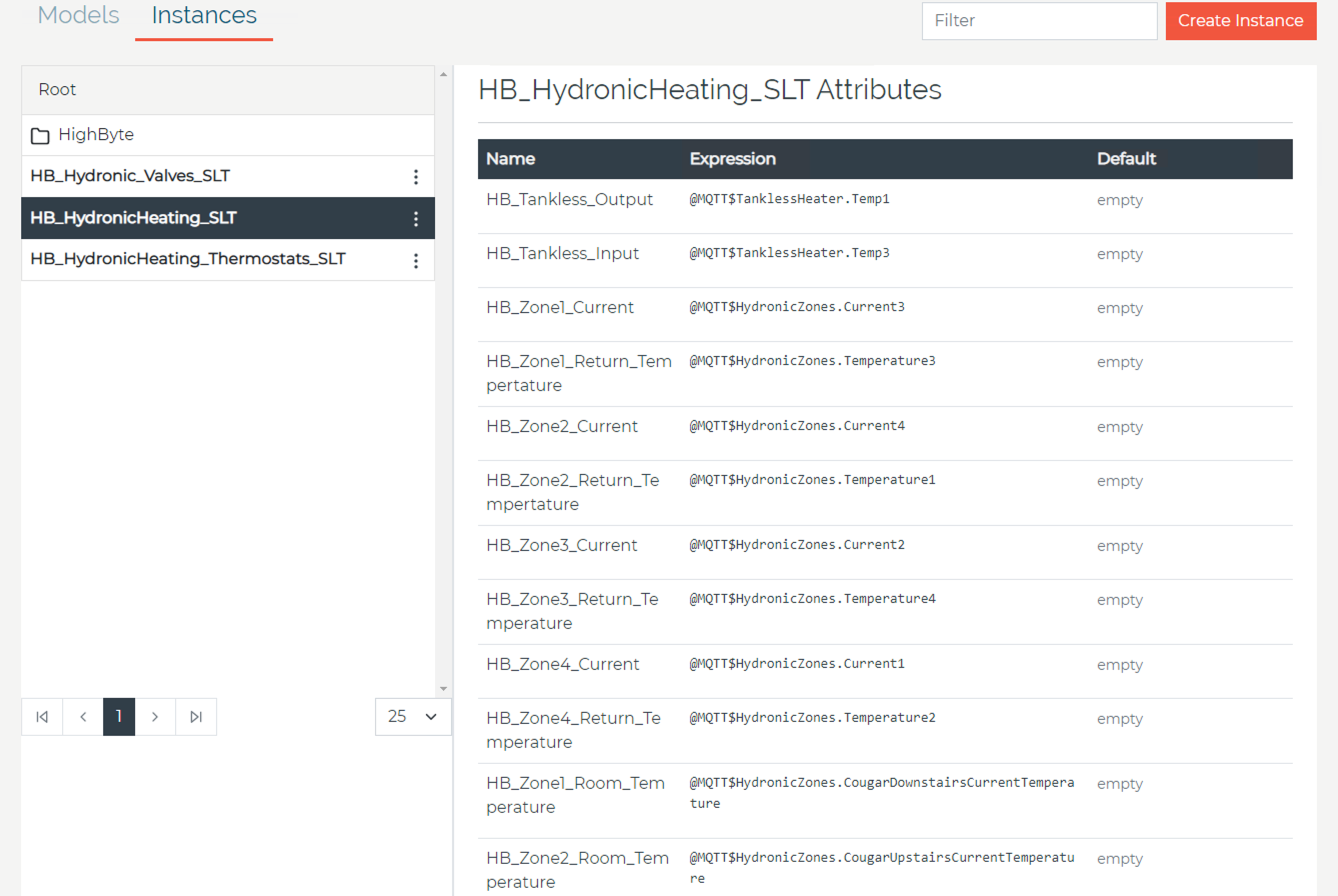 As shown in Figure 7, you can produce a standardized model and attach normalized labels that map multiple protocols such as OPC, MQTT, and SQL data sources. In our example, our data sources are all MQTT. 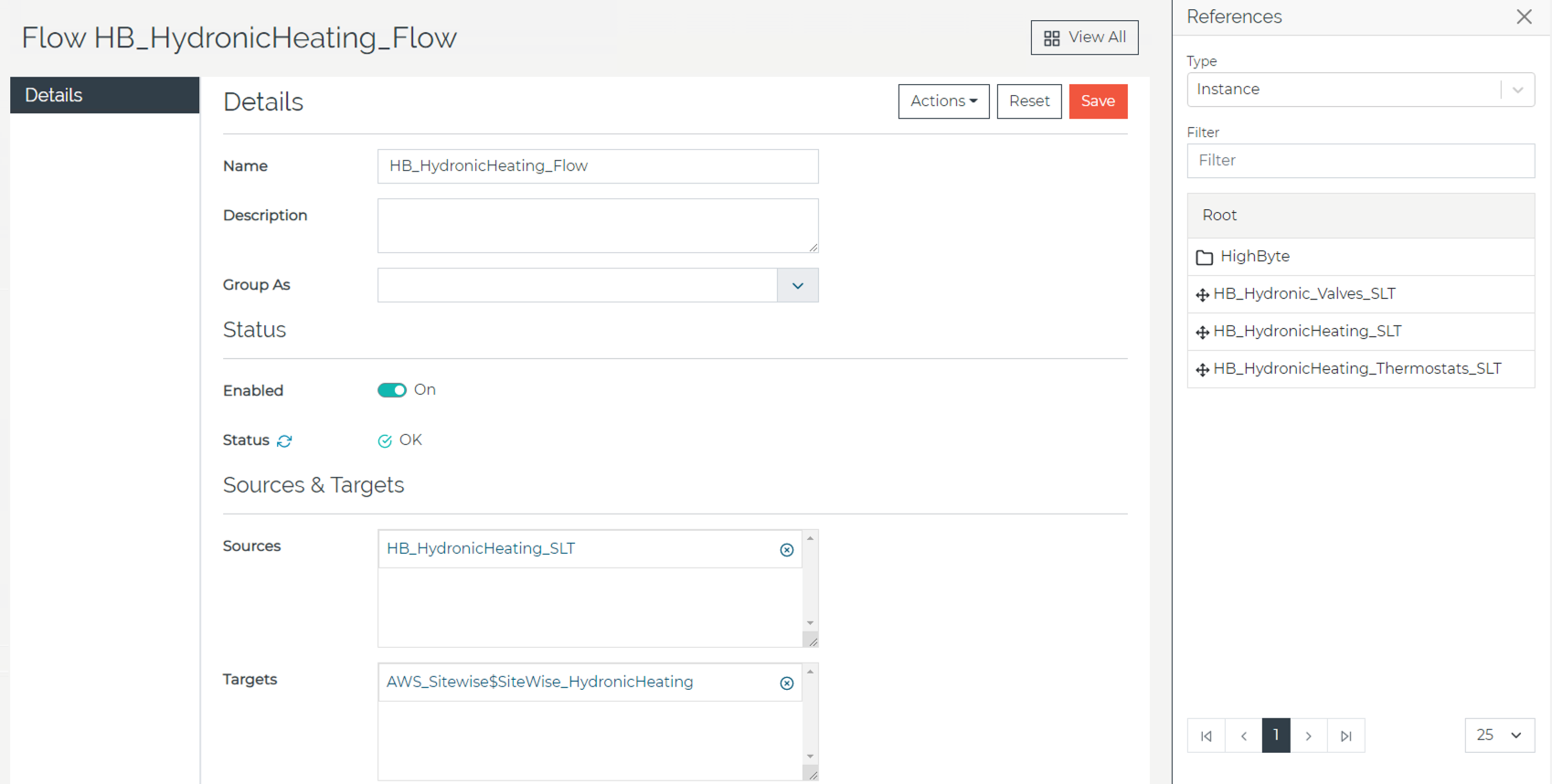 From here, you’ll select the following flow settings, as shown on Figure 9:

Once you turn the Enabled switch to On and submit, your data will show up in AWS IoT SiteWise.

Next, let’s see how your model and data are represented. 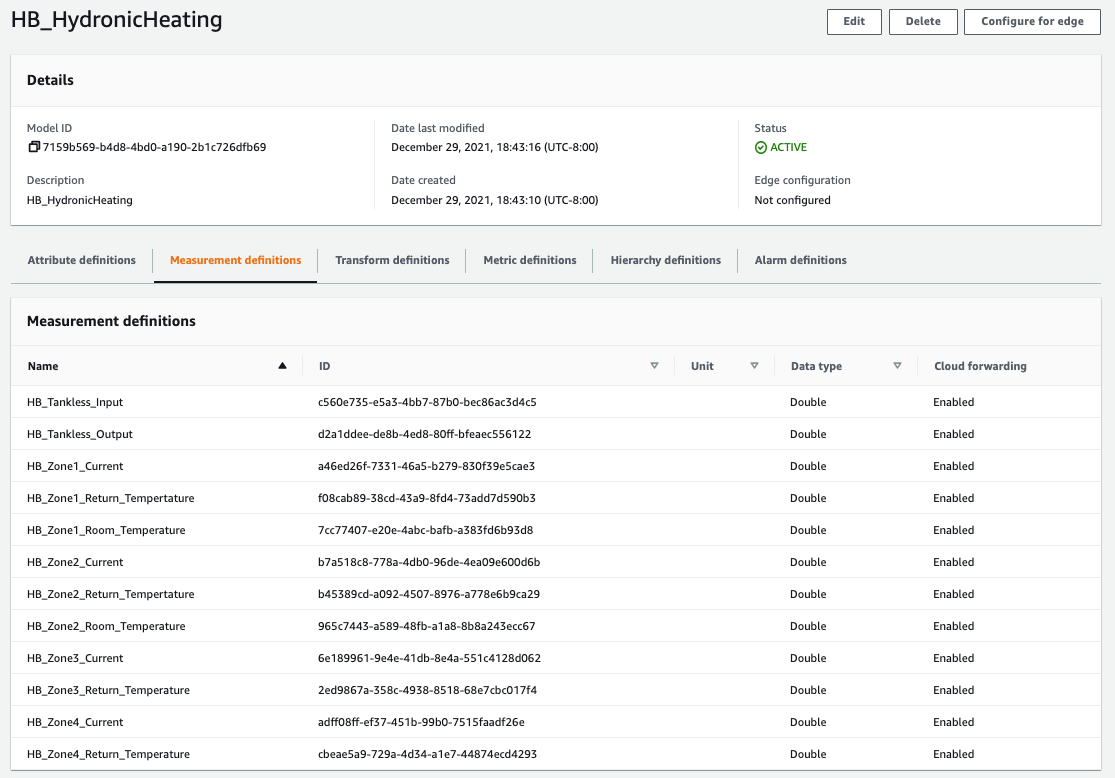 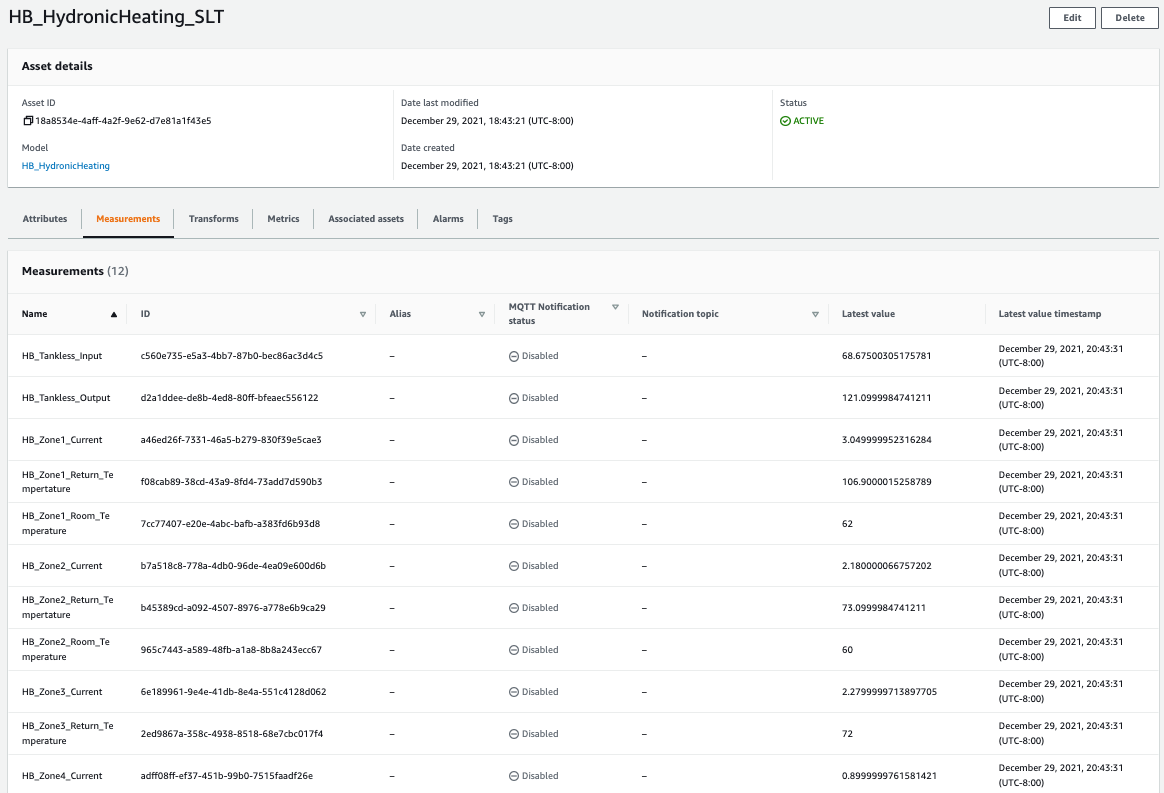 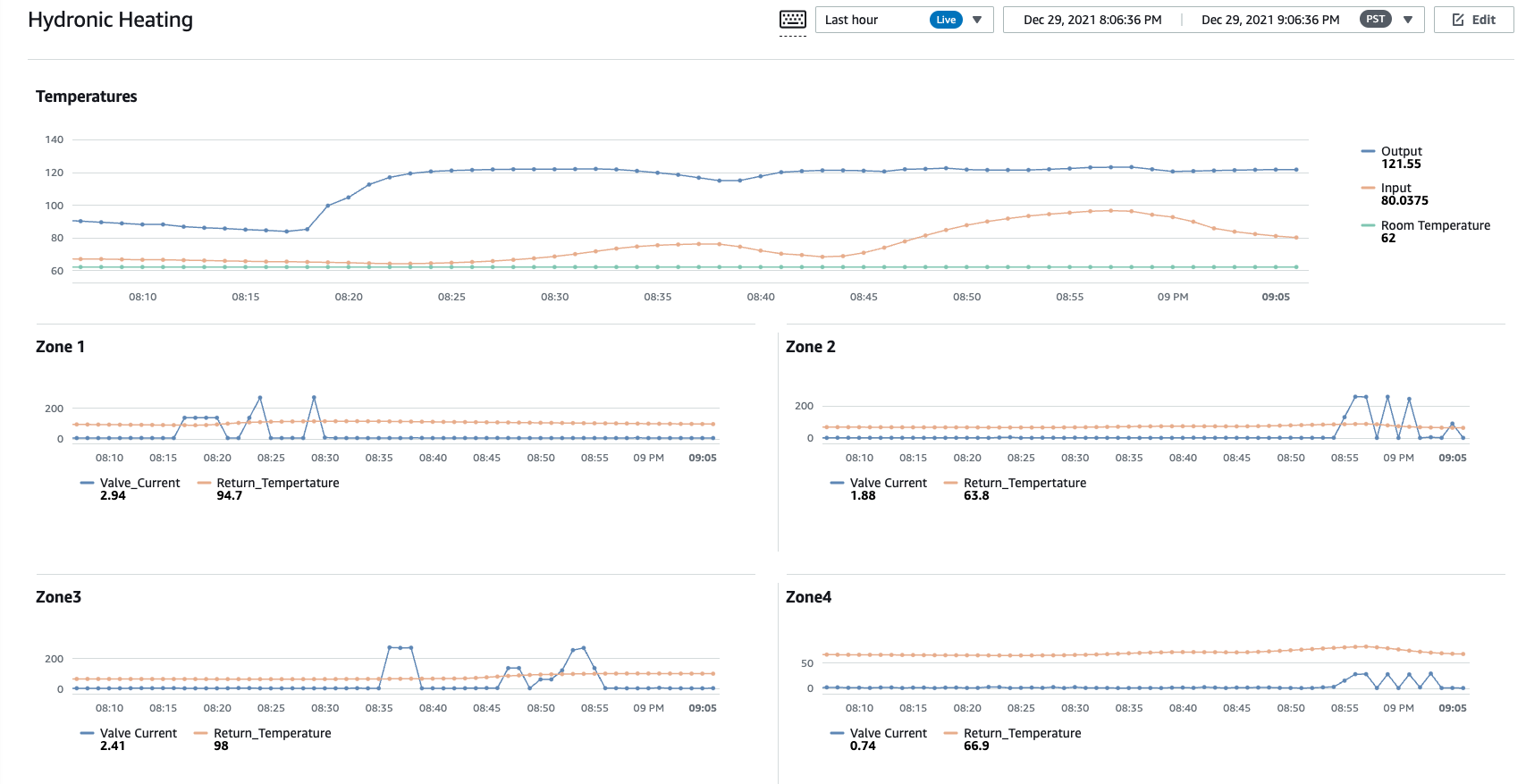 This post showed you how to integrate HighByte Intelligence Hub with AWS to quickly model and extract data so that multiple teams can simultaneously analyze, interpret, and use the data without constraint and generate rich data models in minutes.

Ready to get started? Try out HighByte Intelligence Hub today.