I increasingly see customers adopting the immutable infrastructure architecture pattern: they rebuild and redeploy an entire infrastructure for each update. They very rarely connect to servers over SSH or RDP to update configuration or to deploy software updates. However, when migrating existing applications to the cloud, it is common to connect to your Amazon Elastic Compute Cloud (Amazon EC2) instances to perform a variety of management or operational tasks. To reduce the surface of attack, AWS recommends using a bastion host, also known as a jump host. This special purpose EC2 instance is designed to be the primary access point from the Internet and acts as a proxy to your other EC2 instances. To connect to your EC2 instance, you first SSH / RDP into the bastion host and, from there, to the destination EC2 instance.

To further reduce the surface of attack, the operational burden to manage bastion hosts and the additional costs incurred, AWS Systems Manager Session Manager allows you to securely connect to your EC2 instances, without the need to run and to operate your own bastion hosts and without the need to run SSH on your EC2 instances. When Systems Manager‘s Agent is installed on your instances and when you have IAM permissions to call Systems Manager API, you can use the AWS Management Console or the AWS Command Line Interface (CLI) to securely connect to your Linux or Windows EC2 instances.

Interactive shell on EC2 instances is not the only use case for SSH. Many customers are also using SSH tunnel to remotely access services not exposed to the public internet. SSH tunneling is a powerful but lesser known feature of SSH that alows you to to create a secure tunnel between a local host and a remote service. Let’s imagine I am running a web server for easy private file transfer between an EC2 instance and my laptop. These files are private, I do not want anybody else to access that web server, therefore I configure my web server to bind only on 127.0.0.1 and I do not add port 80 to the instance’ security group. Only local processes can access the web server. To access the web server from my laptop, I create a SSH tunnel between my laptop and the web server, as shown below

This command tells SSH to connect to instance as user ec2-user, open port 9999 on my local laptop, and forward everything from there to localhost:80 on the instance. When the tunnel is established, I can point my browser at http://localhost:9999 to connect to my private web server on port 80.

Today, we are announcing Port Forwarding for AWS Systems Manager Session Manager. Port Forwarding allows you to securely create tunnels between your instances deployed in private subnets, without the need to start the SSH service on the server, to open the SSH port in the security group or the need to use a bastion host.

Similar to SSH Tunnels, Port Forwarding allows you to forward traffic between your laptop to open ports on your instance. Once port forwarding is configured, you can connect to the local port and access the server application running inside the instance. Systems Manager Session Manager’s Port Forwarding use is controlled through IAM policies on API access and the Port Forwarding SSM Document. These are two different places where you can control who in your organisation is authorised to create tunnels.

To experiment with Port Forwarding today, you can use this CDK script to deploy a VPC with private and public subnets, and a single instance running a web server in the private subnet. The drawing below illustrates the infrastructure that I am using for this blog post. 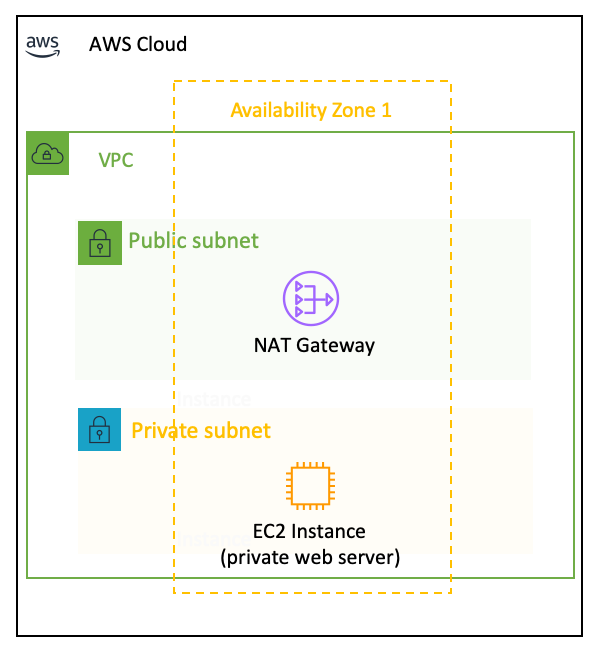 The instance is private, it does not have a public IP address, nor a DNS name. The VPC Default Security Group does not authorise connection over SSH. The Systems Manager‘s Agent, running on your EC2 instance, must be able to communicate with the Systems Manager‘ Service Endpoint. The private subnet must therefore have a routing table to a NAT Gateway or you must configure an AWS Private Link to do so.

Before doing so, you must ensure the following prerequisites are met on the EC2 instance:

On your laptop, you must:

Once the prerequisites are met, you use the AWS Command Line Interface (CLI) to create the tunnel (assuming you started the instance using this CDK script) :

[Windows] (on one single line)

You can now point your browser to port 9999 and access your private web server. Type ctrl-c to terminate the port forwarding session. 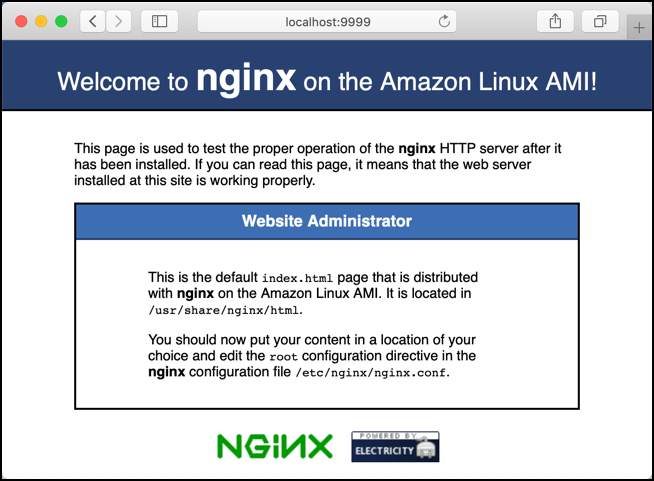 The Session Manager Port Forwarding creates a tunnel similar to SSH tunneling, as illustrated below.

Port Forwarding works for Windows and Linux instances. It is available today in all AWS Regions where AWS Systems Manager is available, at no additional cost when connecting to EC2 instances, you will be charged for the outgoing bandwidth from the NAT Gateway or your VPC Private Link.