This blog post was reviewed and updated May 2022, to improve readability by adding more step-by-step guidance.

SQL Server is a relational database management system developed by Microsoft. Amazon RDS for SQL Server makes it easier to setup, operate, and scale SQL Server deployments in the Cloud. One of the RDS SQL Server components is SQL Server Agent. The SQL Server Agent is a Microsoft Windows service that runs scheduled administrative tasks, which are called jobs in SQL Server.

DBAs and users have long used SQL Server Agent to schedule jobs on a SQL Server instance. SQL Server Agent has always been supported in Amazon Relational Database Service (Amazon RDS), however, with restricted permissions due to the security guardrails that a managed Database Platform provides.

This article helps customers to better leverage SQL Server Agent in an Amazon RDS for SQL Server environment to view the following items.

To visualize the SQL Server Agent tree in the SQL Server Management Studio, there are few steps that the user needs to follow, this will allow the users to properly see the jobs.

Adding the user on the SQLAgentUserRole & Granting Alter Role on SQLAgentOperatorRole

Using the RDS master credentials, login into the RDS SQL Server Instance and grant to the desired user the SQLAgentUserRole.

The above script will perform the following actions on the RDS SQL Server Instance.

Once you login to the instance with the user added to the SQLAgentUserRole, this should be your normal user view. 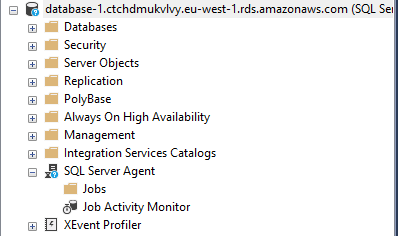 As part of the role SQLAgentUserRole, the user is able to see the SQL Server Agent tree, the Jobs tab, as well as the Job Activity Monitor. Notice you will not see any jobs under the Jobs tab, even though they may already exist.

This is because you have not added yourself yet to the role SQLAgentOperatorRole, and it is an important step to see the jobs.

To add yourself to the above-mentioned role, connect to the RDS SQL Server Instance, with the user that needs to see the jobs, and run the following script.

After the below script is run, right click on the Jobs folder, and choose Refresh as shown below. 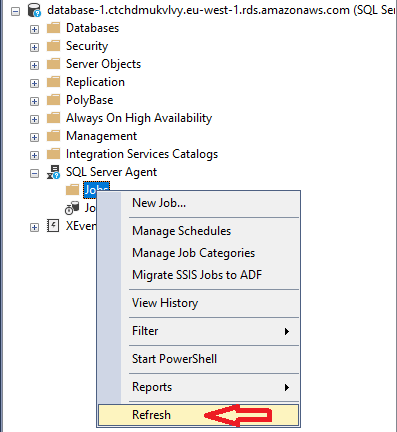 When you perform this action, you will notice the Jobs tab will have a + (plus) button, click to expand, and you should be able to view the list of SQL Server Agent Jobs. 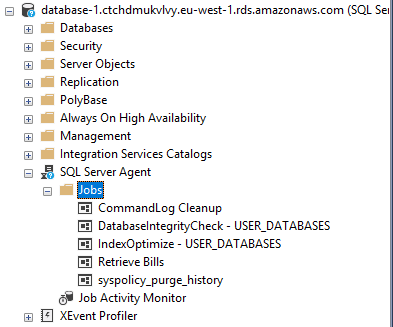 To view the Agent Jobs history, double-click on the Job Activity Monitor, and that should give you the ability to view the Job execution history.

Remember that only the user who initially created the SQL Agent Job, will have permissions to edit the properties of the job. You can see below, that the options for changing the job are all greyed out. 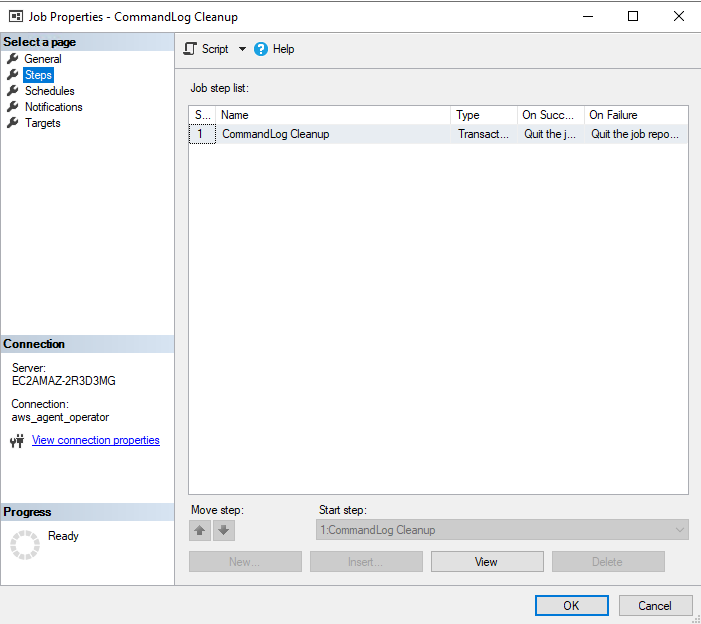 Before you disconnect from the RDS SQL Server Instance, you will need to remove yourself from the SQLAgentOperatorRole.

To do that, simply, run the following query before disconnecting or closing the Management Studio. 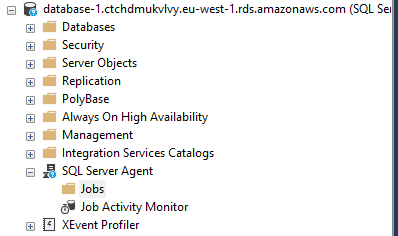 Forgetting to remove yourself from SQLAgentOperatorRole

In case you forget to remove yourself from SQLAgentOperatorRole, the next time you login in the SQL Server Instance, you will receive the following error message in the screen. 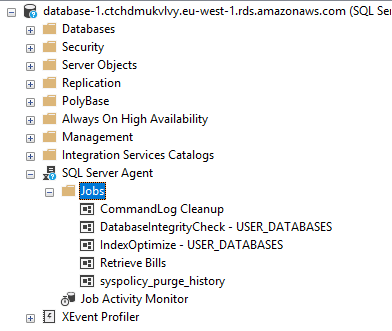 To summarize, the SQLAgentOperatorRole is now fully supported in RDS and any command-based interface to SQL Server Agent works seamlessly. Some users who are using the graphical user interface in SSMS, can see a login error. However, as explained above there are ways to work around this and it does not indicate an underlying error in the SQL Server instance. Customers who do not want to use a shared administrative account, can now create SQL Server Agent jobs under individual accounts, knowing that they can leverage the operator role to control those jobs.

If you have any questions or comments about this blog, please use the comments section below.

Prashant Bondada is a Senior Database Engineer at Amazon Web Services. He works on the RDS team, focusing on commercial database engines, SQL Server and Oracle.

Marcos Freccia is a Sr. Consultant on Database Migrations with the AWS Professional Services Team. He has been supporting and enabling customers on their journey to migrate and modernize their database solutions from on-premises Data Centers to AWS.