Driving Change from the Top Down: Wielding Organizational Power 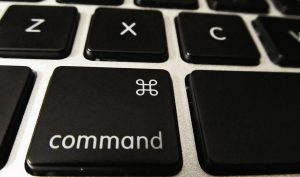 When it comes to digital transformation, every enterprise is different. There is often a change agent (or a set of change agents) with a vision, a knowledge of good practices, a sense of urgency, and the energy to battle impediments. The change agent(s) may be anywhere in the organizational structure: high, low, or—in a typical scenario—somewhere in middle management. In a future post I will discuss strategies for bottom-up change, but today I’d like to focus on change that is driven from the top (or near the top) of the organization—let’s say CIO or a direct report of the CIO. This was, in fact, the situation I found myself in as the CIO of US Citizenship and Immigration Services.

First of all, it is important to remember that even the CIO still has to influence others not under his or her “control.” In my case, there were my peers in the senior leadership of the agency, the agency leadership, and the leaders of our “parent” agency, the Department of Homeland Security. Even in the case of top-down transformation, there are powers higher than the top, whether they are boards of directors or congressional committees.

But what makes top-down change unique is that the leader has lots of organizational power—in particular, command-and-control power. Agile culture frowns on the exercise of command-and-control; the Agile way of thinking, on the contrary, is based on team empowerment and the belief that those close to the action are better able to make decisions than those more distant ranks of management. So how can a senior leader take advantage of his or her position of power in the organization without undermining team empowerment? It took some experimentation on my part to find the right path through this complex question.

The first area a senior leader needs to focus on is setting and communicating a clear vision. Here the position at the top of the hierarchy is an advantage: not only can the senior leader see the larger picture of the business’s goals, but he or she has a platform for communicating across the entire technical team and, to some extent, the entire enterprise. Bottom-up change agents don’t have this advantage.

To take full advantage of that position at the top, the senior leader must paint a vivid, uncompromising picture of the direction of transformation. (I will not say “end state,” because there is no end state.) This vision is not a goal in the sense of a quantitative measure with a target; it is a story that clarifies for employees what the organization is trying to achieve and why. The easiest mistake for a leader to make at this point is to water down the vision with compromises. Compromises are a necessary part of execution but not of vision.

My own vision at USCIS was around organizational flow, an ability to meet mission (or business needs) immediately as they arose. In our government environment it was all too common to think in terms of years for delivering capabilities rather than, well, hours or days. The long timeframes were a self-fulfilling prophecy. Because it took a long time to launch a capability, more and more requirements were added to the plan, which added costs and risk, which made failure more likely, which caused more and more controls to be added, which made projects take longer. I set a vision around overcoming this vicious circle by keeping investments small and fast, and by aiming for responsiveness.

Some employees argued that there were so many obstacles to accomplishing this aggressive goal that the goal itself would be perceived as unrealistic. They suggested that I should state an interim vision instead. This, I think, would be a mistake. When communicating a vision, it is important to make your vision vivid and clear; to pre-compromise that vision would be to muddle it before you even begin.

Once the vision is set, the senior leader can provide a good deal of the energy to drive the transformation by constantly reinforcing the vision, always making decisions that are aligned with it, prioritizing efforts that advance the vision, and frequently questioning employees on how they are moving toward the envisioned state. The leader can also manipulate the levers of the organizational engine to unlock movement: for example, by arranging training for the executors and ensuring that money and resources flow to the right places.

In an Agile model, leadership’s role is to remove obstacles faced by the teams who are executing the vision. I take an extreme view of this. You could say that I was, as a CIO, useless overhead. The people who mattered were those who were creating product—shipping code, as we say. They were the ones creating business value. In theory, a government agency or a company could survive with just the builders but couldn’t survive with just me—no product would be created! The only way that I truly added value was by increasing their ability to ship product.

Anytime an organization tries to transform, there will necessarily be impediments. I say necessarily because the enterprise is set up to support the way it has done things in the past. That is why it is transforming! But as a senior leader, I was in a unique position to remove these impediments.

The senior leader is also in a unique position to ensure that the right people get connected with the right team. Again, this is where their organizational power can be an asset.

A team is a team, you might think, and if you have 10 teams you can use them for any 10 things, since each team has all of the skills necessary to do any work. I used to believe this, but as I refined my approach it made less and less sense to me.

Each team is solving a specific business problem, bringing to bear on that problem a familiarity with the relevant business operations and the technologies that are most appropriate for supporting those operations. And the team deals with particular people in the enterprise in doing its work (users, managers) and different cultural sensitivities. It matters who is on which team.

This view is perhaps different from that of Scrum, which sometimes talks as if the team is separated from the enterprise by a product owner (a business specialist) and a scrum master. If that is your view, then only the product owner really needs to have knowledge specific to the business situation. But I have never been fully satisfied by this approach (and perhaps it is not what the creators of Scrum intended), as I see the team as a whole solving the business problem.

The upshot here is that the senior leader can ensure that the right people are on the right team and connected with the right people with the right expectations set in order to achieve the goal quickly. The teams should not need to hear users say, “We are the customers of IT, so the developers need to take the requirements from us and do what we say.” This view is not consistent with the idea that the team is accountable for accomplishing the business objective, so leaders need to make sure that teams are not placed into such a situation. Leaders must ensure a comfortable fit into the enterprise, you might say.

Setting up for Success

Next, as senior leaders we can use our command-and-control superpower to ensure that our teams’ work goes smoothly. We can make sure they get laptop configurations that they believe make them fastest. We can offload unnecessary work from them, like status reporting, meetings, tier 1 and tier 2 helpdesk support, procurement. The job of the leader is to organize the work of IT in such a way that each team can support the others. Rather than organizational silos, the Agile model is one of team collaboration and mutual support.

To amplify the benefits of the Agile model, leaders also need to align governance and investment management with agility. An Agile approach can be tremendously risk-mitigating: work can be done in small increments where, at any given moment, only the current increment is at risk. But the only way to take advantage of that risk mitigation is to have an oversight process that revisits investment decisions with each increment.

Although being at the top of the power hierarchy has many benefits in driving change, there are disadvantages and potential pitfalls. One is that in a highly vertical hierarchy communication might need to flow through many layers before reaching its final target. This can turn into that childhood game of telephone: each time a message is passed down or up a layer it becomes more and more distorted. When the leader communicates something, what is heard by the executors—remember, they are the important ones—might not be what the leader intended them to hear. In fact, it comes to seem like it never is.

To avoid this problem, the leader must find a way to set up a fast-feedback mechanism—a way to find out and correct what the executors are actually hearing, without going through channels. One way to do this is the simple technique of “management by walking around.” It’s fun, actually.

In my own experience I was able to startle the software developers by asking them questions and looking at their source code. They got used to having me attend their standup meetings and show up in meetings. In each case I was there as a participant, not as a boss. The employees got to show off how much they knew about subjects I knew much less about. This opened up a channel of direct communication and gave me a chance to answer questions and spot communication problems. Of course, this can be overdone, but opening up the direct communication channel is what is important.

Another difficulty I sometimes ran into was that my ability to vaporize impediments was sometimes perceived by people lower in the hierarchy as a “nuclear option”—something they only wanted to invoke when everything else had failed. Too much time would pass as they tried unsuccessfully to work around those impediments. I had to convince the teams that my organizational power really was at their disposal when they got stuck.

Organizational Power as a Tool

Each Agile team brings to bear whatever powers it has on each business problem it is asked to solve. As a stakeholder with command-and-control power, I could lend the team that power to use as they needed to remove impediments and understand direction. It is a potent superpower. If you are lucky enough to be driving a transformation from a senior leadership level, take full advantage of it!