We’re excited to welcome Jen MacLean to the Amazon Game Tech team as the new Head of Worldwide Business Development for small and mid-size developers. Jen joins Amazon from the International Game Developers Association (IGDA), where she was the Executive Director. 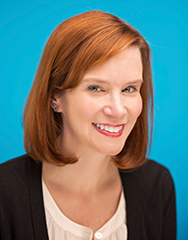 Jen has spent her entire career obsessing over the needs of game developers. In her new role, she’ll help developers be successful at every stage of development with AWS, Twitch Prime, Alexa, and Amazon.com

We caught up with Jen to discuss her new role, the opportunities facing small and mid-size teams, and continuing to be an advocate for underrepresented developers.

Tell us about your new role.

I’m leading global business development for small and mid-sized studios on the Amazon Game Tech team. That means I get to apply Amazon’s guiding principle of customer obsession to helping developers succeed in every way possible. Whether developers need help building their games faster, launching and operating them more efficiently, or improving marketing and user acquisition, I’m here to help.

Amazon has an unrivaled collection of tools to help developers succeed – from AWS and Twitch Prime, to Alexa and Amazon.com – and I get to use these resources to help small and mid-sized developers around the world create amazing player experiences.

You’re specifically working with small and medium-sized developers. What’s exciting about working with these teams?

I love how small and medium-sized teams explore new kinds of experiences. So much creativity and innovation comes from teams that aren’t hampered by “the way we’ve always done things”.

I see my role on the Game Tech team as helping smaller studios innovate by using the same tools the largest developers use, like AWS – which is already used by more than 90 of the world’s biggest public game companies.  Even if they’re a two-person team working out of a bedroom.

Amazon services like AWS, GameLift, and GameSparks can save developers months of engineering time, which can make a huge difference to a small studio, literally changing the team, the game, and the company for these developers. It’s exciting to be able to make this kind of an impact.

What are some of the most important trends facing small and medium size developers?

Smaller developers face two main groups of challenges: making the game (naturally!), and then making sure the game has a great impact on its players, which includes business issues like discoverability, monetization, and content updates.  And of course, small and mid-sized developers are competing for player time and attention with teams that have staff and budgets that might be hundreds, or even thousands, of times larger.

But smaller developers also have an advantage. They can quickly iterate, act on player feedback, and innovate. And by focusing on the player experience, and leveraging technology to quickly solve problems and empower even single-person teams, small and mid-sized developers can create experiences that are just as enjoyable, and meaningful, for the player as a game made by a team of thousands.

I’m especially inspired by how innovative developers are blurring the lines between traditional entertainment and games to redefine what we think of as “video games” and invent entirely new forms of interaction. And I’m excited by the opportunities Amazon offers in creating and supporting those new experiences.

As the head of the IGDA, you’ve long been an advocate for developers around the world.  How will you continue that work at Amazon?

The IGDA and IGDA Foundation focus on helping game developers around the world build sustainable, fulfilling careers, and creating a game development community that is welcoming to, and inclusive of, every person who wants to make games.  This opportunity on the Amazon Game Tech team is a great way to support those goals with the most customer-focused company in tech, and to provide game developers with the products and services they need to be successful at every phase of product development and player relationship.

I’m particularly excited to explore how we can use Amazon Game Tech to support underrepresented developers, and to expand the work that Amazon is already doing in providing opportunities to underrepresented and underserved communities through programs like Amazon Future Engineer and Amazon Games/Twitch hackathons. I’d love to see every potential engineer, artist, and designer consider game development as a career.

What advice would you have for smaller developers who are hoping to break out?

It’s also absolutely critical that smaller developers learn from their successes, and even more importantly, their failures.  Smaller teams don’t have the luxury of lots of attempts, so with every single experience, you have to be critical about what went well and what didn’t, and then be sure you turn those learnings into action as quickly as possible.

Finally, lean on your community! One of the best things about game developers is how eager we are to help each other. Don’t be shy about reaching out for ideas, assistance, and even just moral support.