Efficient and cost-effective rendering pipelines with Blender and AWS Batch

Visual effects rendering is computationally intensive but can be done efficiently and cost effectively with AWS Batch. Rendering is the process of generating a 2D or 3D image from a model. This technique is used in different scenarios, such as video game design, creating visual effects, and compositing animated movies.

This blog post explains how to run parallel rendering workloads and produce an animation in a cost and time effective way using AWS Batch and AWS Step Functions. AWS Batch manages the rendering jobs on Amazon Elastic Compute Cloud (Amazon EC2), and AWS Step Functions coordinates the dependencies across the individual steps of the rendering workflow. Additionally, Amazon EC2 Spot instances can be used to reduce compute costs by up to 90% compared to On-Demand prices.

Rendering is a task that can be parallelized by splitting the overall task into individual frames. Processing the individual frames can be ran in parallel, and an individual frame can be retried if there is an unexpected failure. These properties make it great for AWS Batch and Spot Instances.

AWS Batch provides fully managed batch processing at any scale. It dynamically provisions the optimal quantity and type of compute resources based on the volume and requirements of the batch jobs submitted. With AWS Batch, you can execute a series of jobs and specify input parameters through command line arguments. It also supports job dependencies.

When using Blender, you can parallelize a portion of your rendering pipeline. Blender can render an individual frame per task, and AWS Batch can run the rendering tasks in parallel. Using this split technique, you can launch as many jobs in AWS Batch as there are frames in the file you want to render. The following diagram shows a pipeline implemented using AWS Batch and AWS Step Functions: 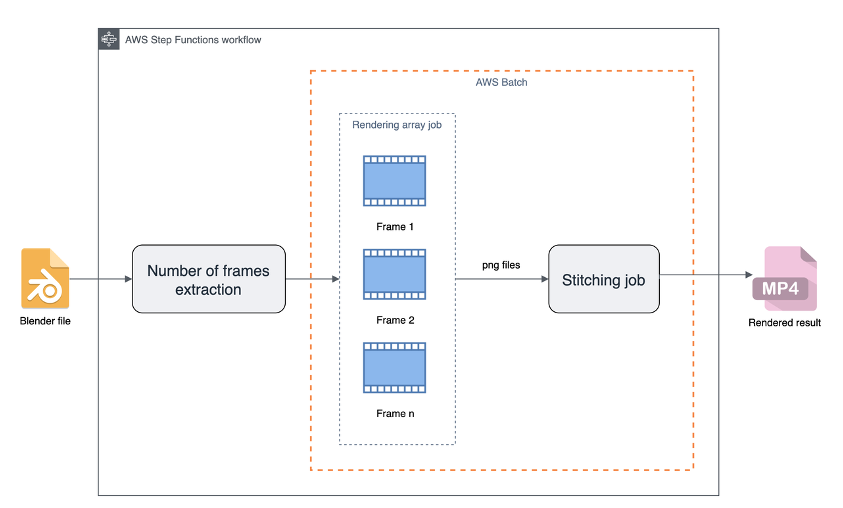 Figure 1: Rendering pipeline that includes the number of frames extraction from the Blender file, the parallel rendering using an array job and the stitching job that produces an MP4 file.

The diagram illustrates the following workflow:

This tutorial assumes you have an AWS account and a container already built with Blender.

AWS Batch defines a Compute Environment (CE) as a collection of compute resources. CEs can provision Spot or On-Demand resources. Once you select the Amazon EC2 provisioning model, you select your preferred instance allocation strategy. Compute environments can be created by using the AWS Management Console, AWS Command Line Interface (CLI), or an AWS SDK. We cover configuring compute environments with the AWS CLI that uses a JSON configuration file in the following examples.

Assuming that the above configuration is in a file named on-demand-ce-config.json, you could create the compute environment executing the following AWS CLI command:

For EC2 Spot Instances, set the computeResources type to SPOT. We recommend setting the allocation strategy to SPOT_CAPACITY_OPTIMIZED. With this configuration, AWS Batch allocates instances that are large enough to meet the job requirements with a preference for instance types that are less likely to be interrupted.

Set a higher maxvCpus value for your Spot CE to scale up for rendering jobs. Running more jobs on Spot Instances will be more cost and time effective. The following is a possible configuration for the Spot CE:

Assuming that the above configuration is in a file named spot-ce-config.json, you could create the compute environment executing the following AWS CLI command:

Create a job queue to combine your two new CEs. An AWS Batch job queue supports multiple CEs with different priorities. As AWS Batch schedules jobs, it places jobs in the higher priority CE in ascending order. When a CE scales to the maxVCpus, AWS Batch schedules jobs in the next highest priority CE. In our configuration, we run a high-priority On-Demand CE (order 1) with just a few instances and overflow to a Spot CE (order 2) with a larger number of Spot Instances. The following diagram illustrates our job queue configuration: 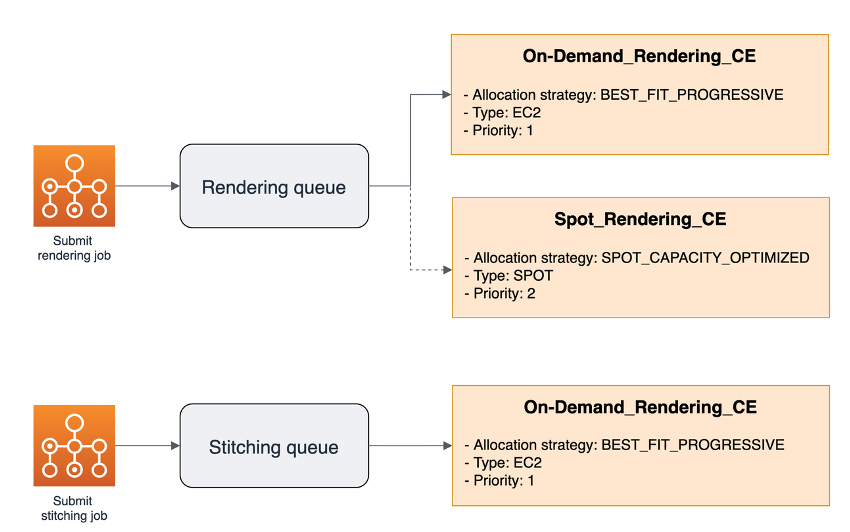 Figure 2: Mapping of Batch job queues to the two compute environments that were defined.

The rendering jobs use of both CEs, and the stitching job only uses the On-Demand CE. Create multiple job queues to serve different compute requirements. A possible configuration for the rendering job queue can be the following:

Assuming that the above configuration is in a file named rendering-queue-config.json, you could create the job queue executing the following AWS CLI command:

Use a similar configuration for the stitching queue without the Spot CE.

An array job is an AWS Batch job that shares common parameters and runs a collection of separate jobs that are related to each other. These jobs may be distributed across multiple hosts and run concurrently. Since each job will render a different frame from a common Blender file, using AWS Batch array jobs is a great fit with our submission pattern.

This results in rendering all frames from the array job with each job rendering a single frame.

Configuring the rendering job to be launched as an array job

We define the job as an array job by setting the ArrayProperties API parameter. Inside the ArrayProperties text box of the rendering state, set the array size to the $.output.Payload.body.numberOfFrames value returned by the previous state, as shown in Figure 3.

You can retry failed jobs with AWS Step Functions and AWS Batch to handle application errors or instance termination. The Batch: SubmitJob integration has an API parameter RetryStrategy that defines how many additional times a job is to be retried if it fails, with a maximum of 10 attempts. It can be configured as follows:

In this post, we showed how rendering pipelines can be done efficiently and cost effectively with AWS Batch and AWS Step Functions. We demonstrated how to properly configure CEs in AWS Batch based on job requirements, allocation strategy, and instance selection. We also explained how to combine CEs into a single job queue with different priorities. This can be used to mix On-Demand Instances to meet a service level agreement (SLA) and complete additional work on Spot Instances for time- and cost-effective results. Finally, we coordinated the pipeline with AWS Step Functions to reduce manual effort.

If you want to learn more, the workshop Rendering with AWS Batch guides you step by step on configuring all the resources to implement the pipeline explained in this blog post. The Clean up section explains how to delete all the architectural components. By following the workshop, you will learn to configure the AWS Batch components, orchestrate the pipeline using AWS Step Functions, and monitor the status of submitted jobs.