Greenfield environments are sites with new automation equipment that provide out-of-box secure connectivity outside the Operations Technology (OT) network. This connectivity allows Information Technology (IT) software applications on-premises and in the cloud to access rich, granular data sets from manufacturing equipment. Facilities that have decades old legacy equipment which may not have process data available, or unlocking data from them involves significant effort to bridge OT and IT networks, are called brownfield environments. In this blog, we discuss overlay solutions using sensors and actuators that make it possible to implement smart manufacturing applications in brownfield environments.

In this blog, we propose sensing and actuation solutions for customers with brownfield facilities, by using secondary sensing. Secondary sensing is a non-invasive way to add edge gateways and sensors to an existing production site to enable more data collection which can be used to improve operational efficiencies and productivity without impacting production downtime.

The two approaches discussed above can be implemented together or separately. Both solutions use key AWS IoT services such as AWS IoT Greengrass, AWS IoT SiteWise, and AWS IoT Core.

By ingesting process data at the edge and leveraging a large set of services in the AWS Cloud, applications can be developed to provide sophisticated insights for various operational and business stakeholders. 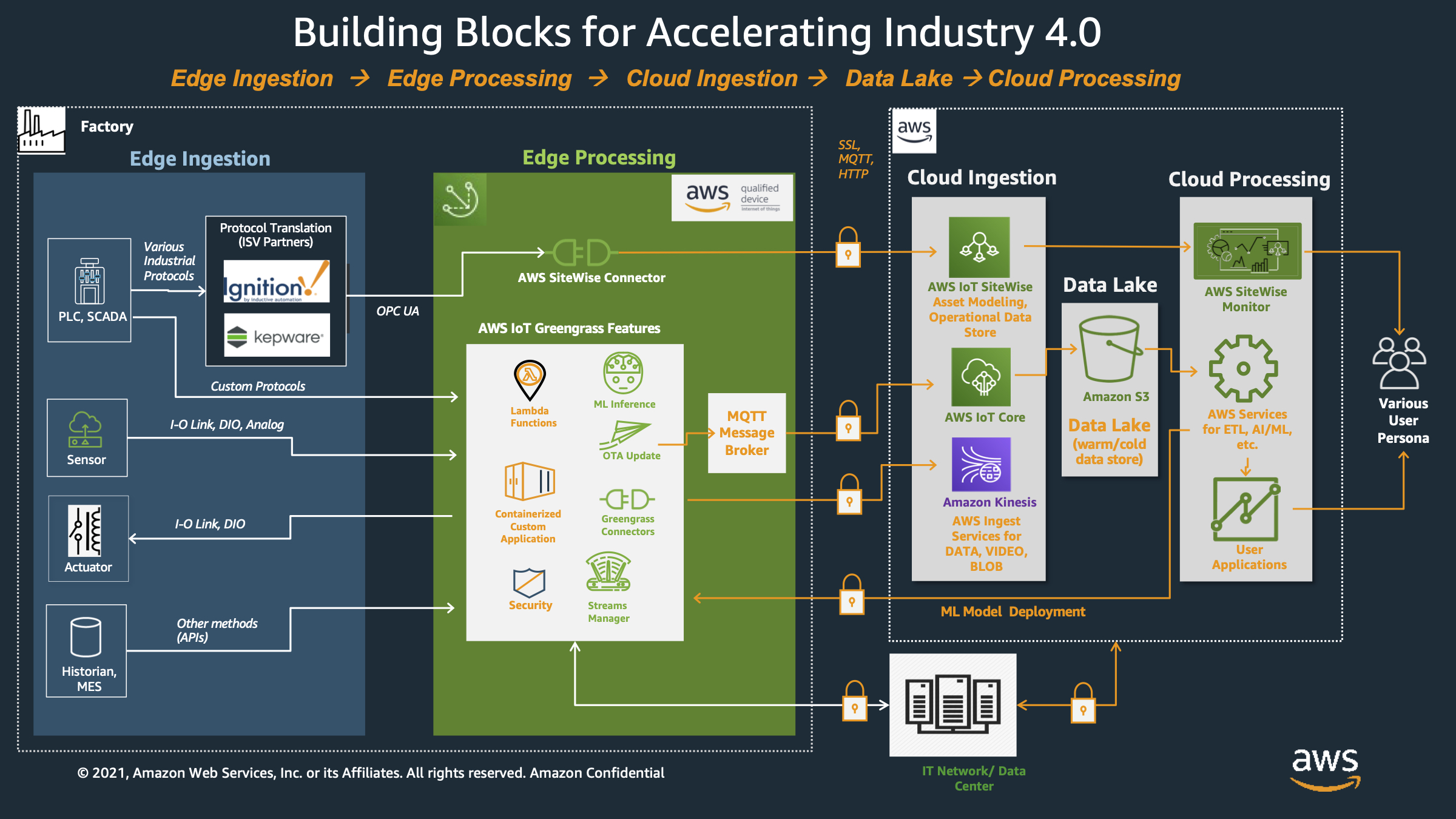 Edge Ingestion: This block provides an interface for ingestion of sensor readings, PLC tag data and Historian data, as well as for command and control with the edge gateway running AWS IoT Greengrass.

Edge Processing: This provides a variety of capability such as conversion from various industrial protocols to a standard. Various types of data processing can include dead-banding (filtering out irrelevant fluctuations in tag readings), downsampling (reducing the frequency of collection of data that does not change rapidly). Other capabilities at the edge include data buffering (to avoid loss when cloud connectivity is unreliable), local data storage, local ML Inferencing (object detection and image classification). This block also ensures secure communication with the OT network on one hand, and the cloud on the other.

AWS provides many qualified third party hardware options for customers to choose from to implement a secondary sensing solution on their factory floor. The choices can be found in the AWS Partner Device Catalog. It is important that you pick a gateway device that is qualified for AWS IoT Greengrass for AWS connectivity, and provides the physical interfaces required for communication with the sensors and actuators. They can be analog serial based protocols such as RS232/RS422/RS485 for Modbus RTU/ASCII variants, CAN Bus, USB, or digital protocols such as EthernetIP or Modbus TCP.

In the remainder of this blog, we will dive deep into a solution that we have assembled and tested using a AWS IoT Greengrass-qualified edge gateway device from CloudRail.

The CloudRail edge gateway connects with both AWS IoT Core and AWS IoT SiteWise services in the cloud and optionally runs AWS IoT Greengrass for data preprocessing. Within a factory environment, CloudRail has developed a secondary sensor and actuator architecture primarily around the IO-Link field protocol, and cloud connectivity using an Ethernet interface. The box is DIN rail mountable and provides Ingress Protection (IP 20) suitable for a factory environment.

IO-Link uses point-to-point connectivity between a IO-Link Master device and sensors rather than a message bus topology. Multiple IO Masters can be connected to the CloudRail gateway box via an Ethernet connection. This allows a single gateway to support sensors and actuators across longer runs within a factory floor. Hundreds of IO-Link based sensors and actuators are supported by vendors such as IFM, Turck, Sick, Pepperl+Fuchs, or Balluff . The CloudRail solution also supports Digital I/O (0-24V) sensors as well as Analog (4-20mA) sensors using an Analog to IO-Link Adapter. A design guide can be found at IO-Link Design Guide.

The four scenarios depicted in the diagram allow customers the flexibility to choose the best data ingest mechanism based on their use case.

The three actuator scenarios depicted in the diagram are as follows:

Setting up the CloudRail solution with AWS IoT 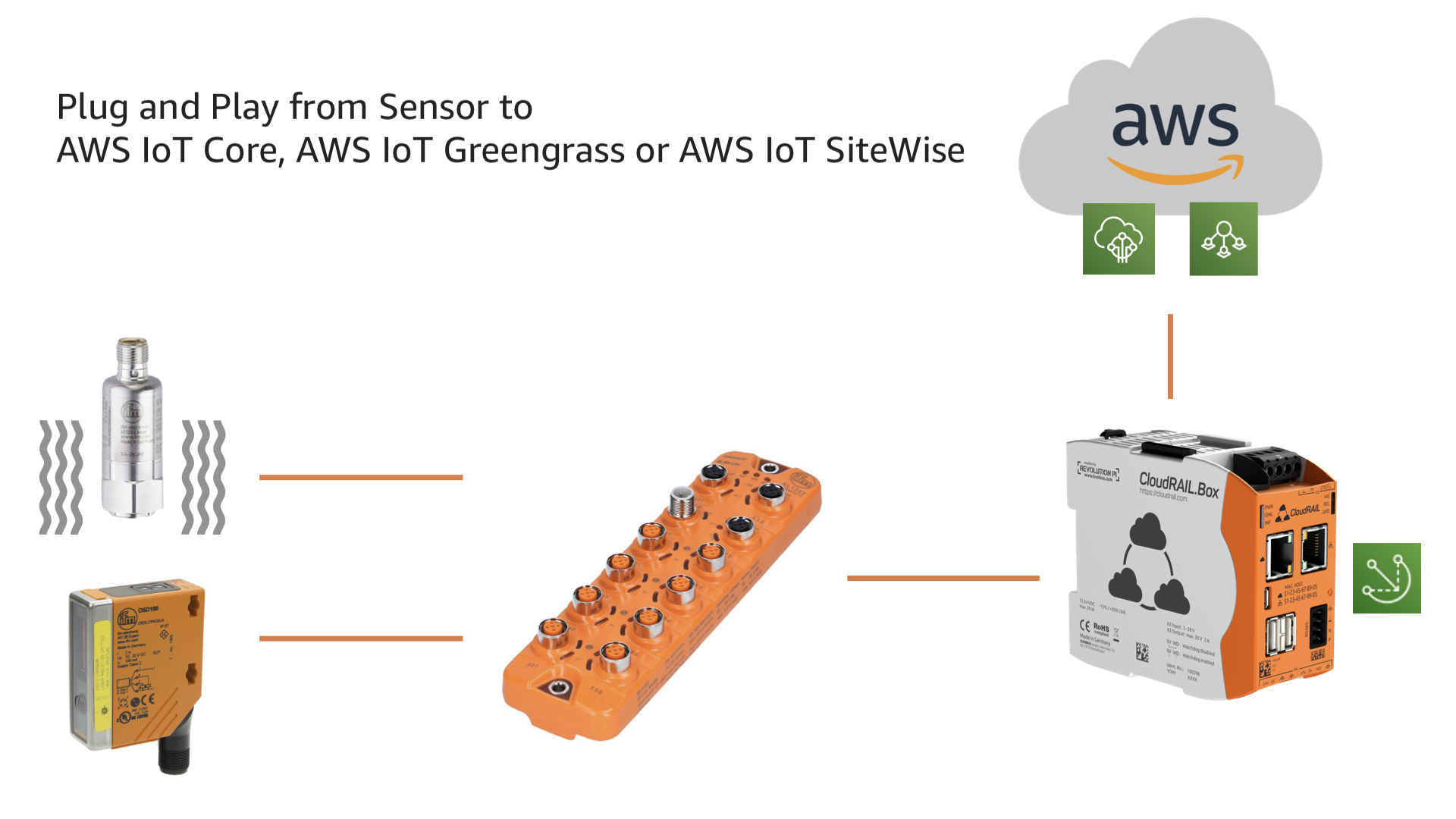 In the following example, we have a RFID reader, an IO-Link Hub, a CloudRail gateway, and all the necessary connectors cables. You can find these components in the AWS Partner Device Catalog. We connect the RFID reader to AWS using CloudRail, and receive RFID tag data as a stream of MQTT messages in AWS IoT Core. 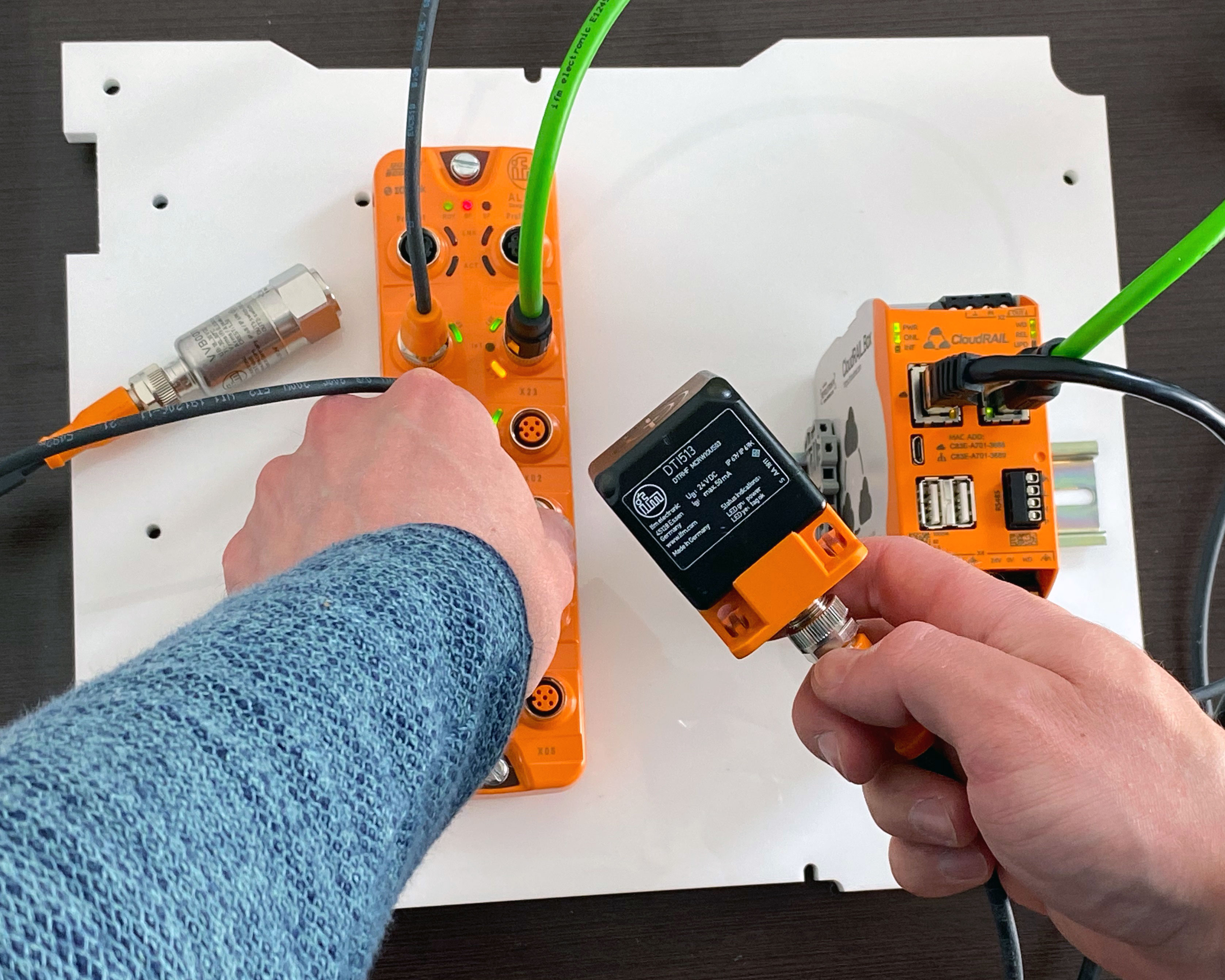 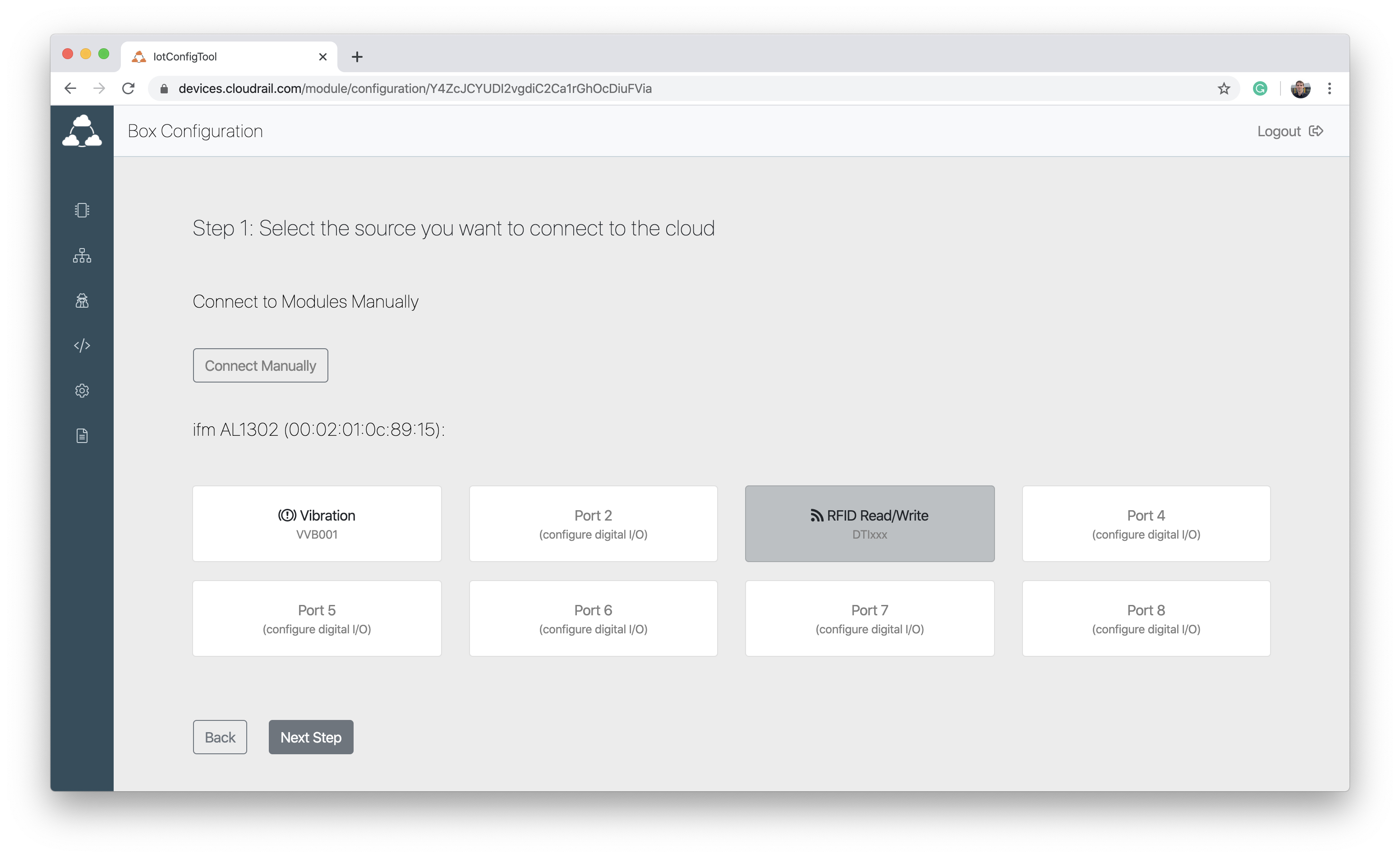 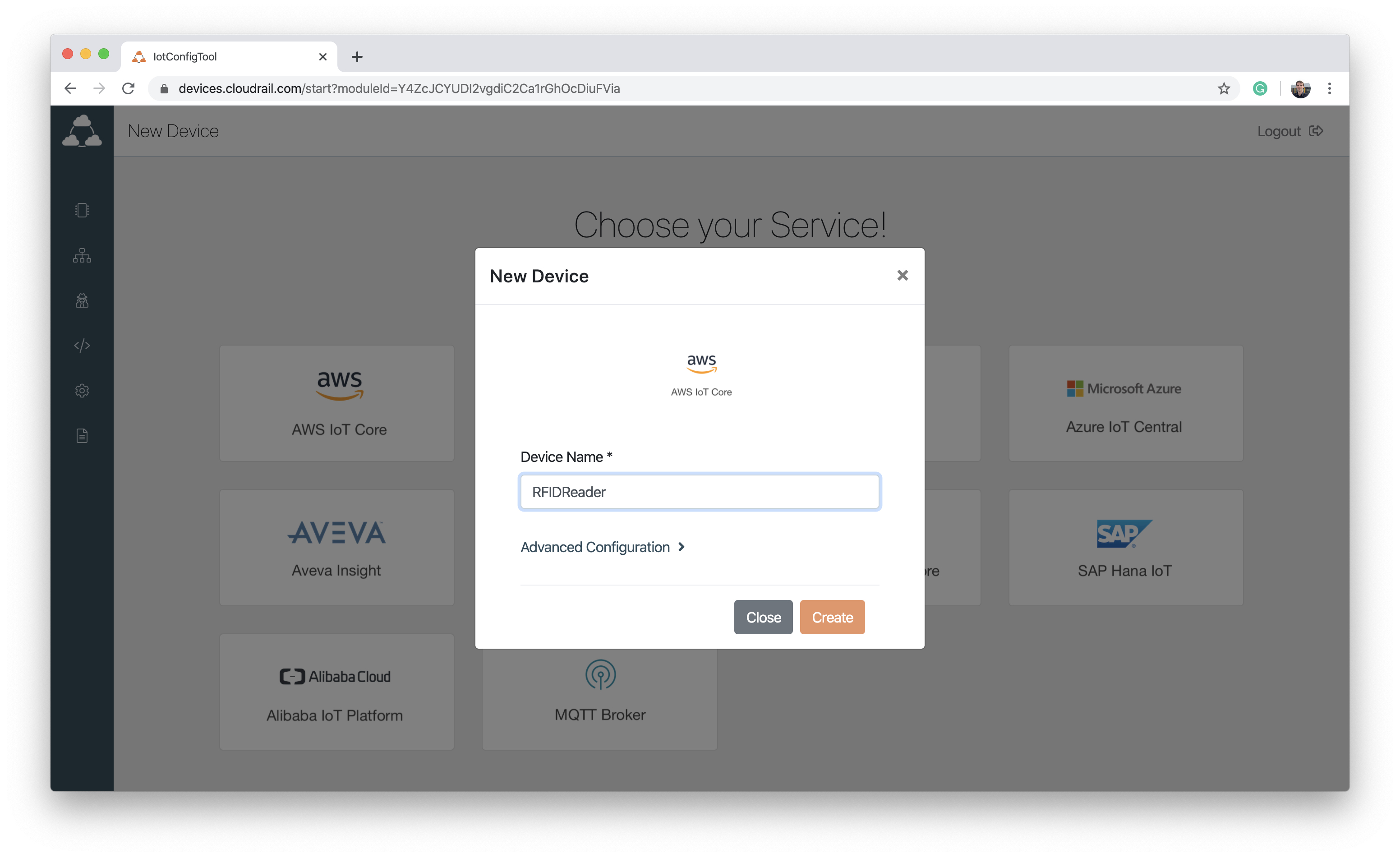 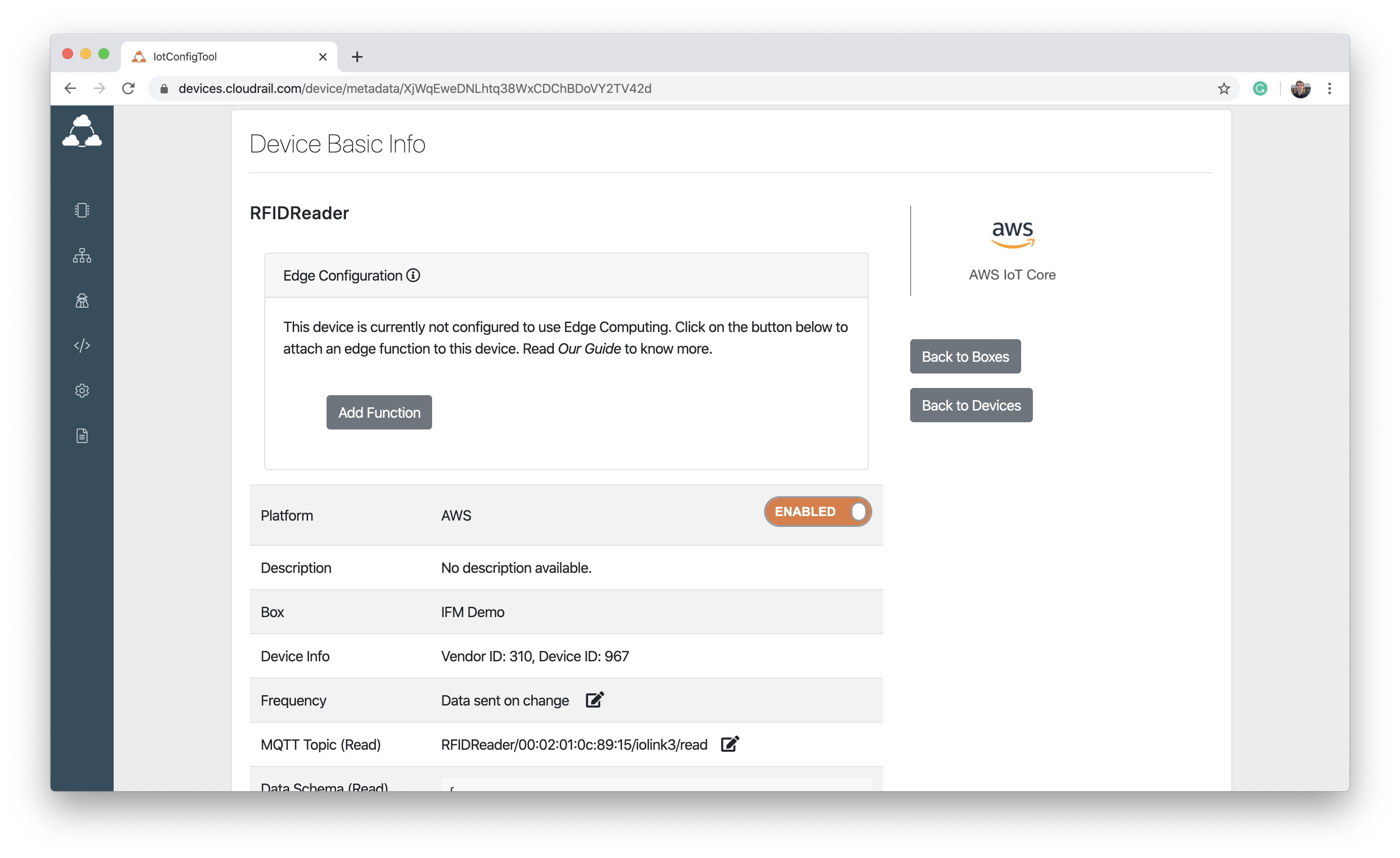 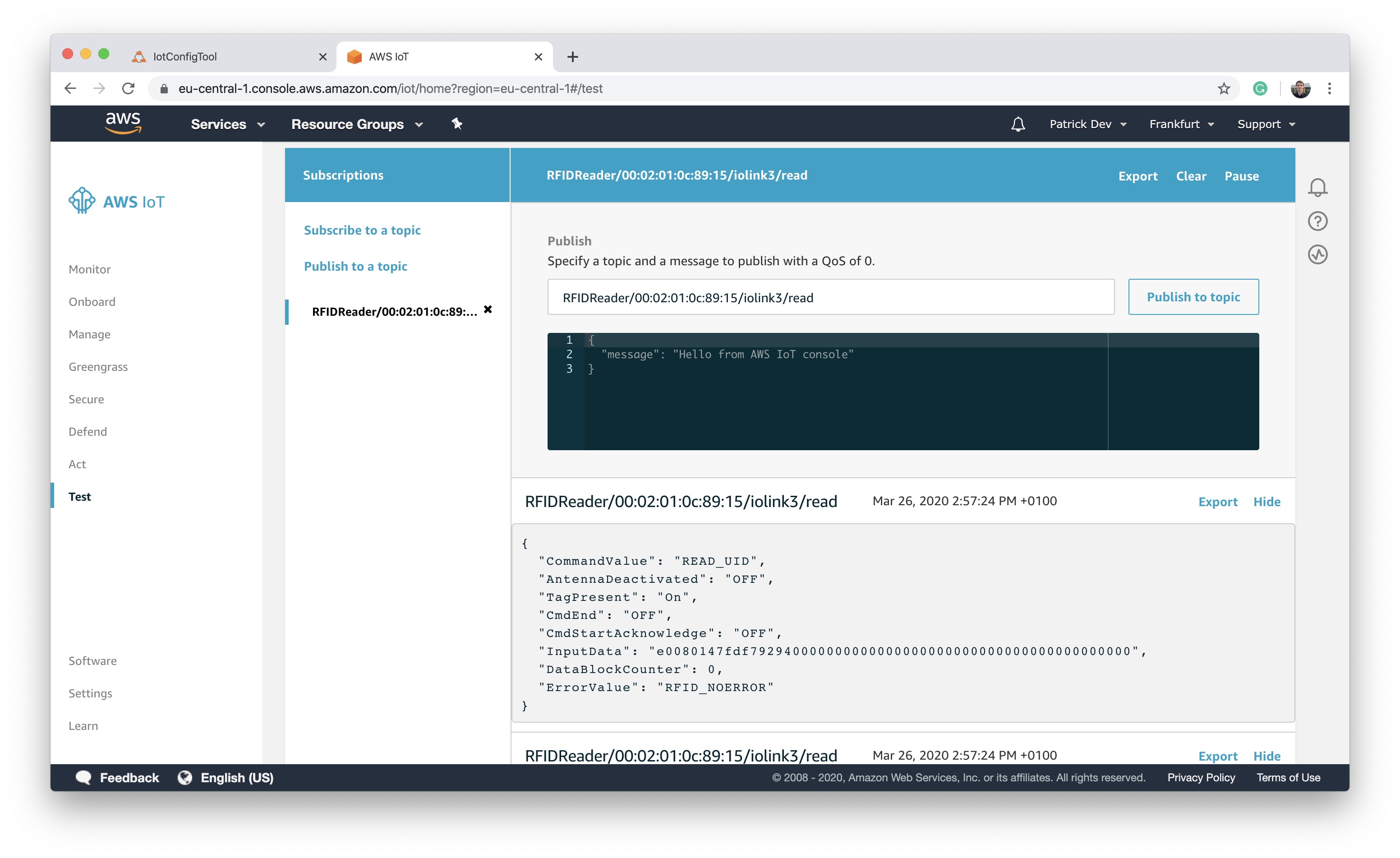 About the authors and additional resources

Rajiv Singhal is a Senior IoT Specialist Solutions Architect at Amazon Web Services (AWS) with a focus on Smart Manufacturing vertical and Industrial IoT solutions. Prior to AWS, Rajiv has worked as a technologist in the San Francisco Bay Area for both startups and large companies building IoT products and solutions for Smart Buildings, Utilities, Energy Optimization, Connected Vehicles and EV charging.

Felix Kollmar is one of the founders and CEO of CloudRail. He studied telecommunications engineering in Mannheim and went through several leadership positions, especially in young technology companies in the cloud and IoT industry. With CloudRail, he creates important bridges between IT and OT and is considered a thought leader of the IIoT.