A round up of the recent pre-re:Invent 2019 AWS Amplify launches

This article was written by Ed Lima and Nader Dabit

It’s an exciting time of the year counting down to the biggest AWS event yet, re:Invent 2019. In preparation for the event the AWS Amplify and AppSync teams have been working hard to deliver great new features for customers and developers. Some of them where recently released before the big conference (some people call it the “pre:Invent” season), others will only be announced in Las Vegas next week (stay tuned! make sure to check our AWS Amplify re:Invent 2019 guide for a list sessions, breakouts, workshops and chalk talks).

We’re only days away! While we wait for all the big announcements, including more Amplify goodness, let’s recap some of the recent feature releases the team worked backward from customers requirements to deliver this year:

In the last couple of weeks we released important features such as enhancements to GraphQL real-time subscriptions with pure WebSockets supporting a higher maximum payload size (240kb vs. 128kb with MQTT over WebSockets), enhanced connection and broadcast rates to effortlessly scale to millions of connections, CloudWatch metrics, and selection set filtering for GraphQL subscriptions.

In case you missed, here some other important AppSync launches this year:

This week we released a couple of powerful features for the Amplify Framework. The new @predictions GraphQL Transform directive allows developers to take advantage of powerful machine learning APIs within their existing GraphQL data layer without having to make additional API calls outside of the GraphQL layer, orchestrating and sequencing calls to different services with a single request. This makes working with language processing, image recognition, and voice synthesization APIs as easy as running a GraphQL query.

We’ve also added the ability to pull down backend updates via the Amplify CLI by running the new amplify pull command. The command operates similar to a git pull, fetching the current backend environment definition from the cloud and updating the local environment to match that definition. Users have an option to pull the entire backend definition (infrastructure templates and metadata) or only the metadata (e.g. aws-exports.js) required to connect to the backend making team workflows much more streamlined.

In case you missed, here are some other important Amplify Framework launches this year: 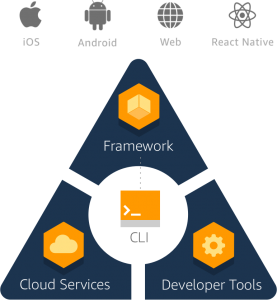 The Amplify Console has released many new features this week, including the ability to have backend visibility to any apps deployed to the Amplify Console. When you add categories or deploy updates via the Amplify CLI, typing amplify console now opens the Console to show you the status of the deployment, along with deep links to the backend resources. Deep links allow you to visit each service console to check configurations or make edits – for example visiting the Cognito console to add/remove users, or visiting the AppSync console to test a query or mutation. Team members getting started or admins can view instructions on how to pull, clone, update, or delete environments.

Debugging Lambda functions associated with Amplify projects just got a lot easier too, with direct integration into the console. Developers often add logs to their Lambda function to pinpoint bugs or test payloads. You can debug all functions added to your project without leaving the Amplify Console, or to view older logs Amplify Console offers deeplinks to the CloudWatch logs.

In case you missed, here are some other important Amplify Console launches this year:

We’ve also announced a dozen new events happening at the end of 2019 and the first half of 2020. To keep up with upcoming events, you can visit the Amplify Community website and see event details for upcoming workshops and talks.

Finally, some useful articles from our great Developer Advocates that will help understand and prototype your next Amplify development project: 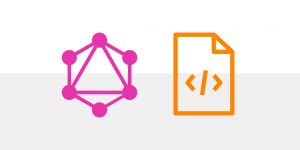 It has been a fantastic year for mobile and web developers on AWS, the AWS Amplify team has been working hard to deliver important requested features for customers and developers. You can see all of them in one place right here. However it’s still Day 1, we have more exciting launches coming up next week.

What was your favorite pre:Invent or even 2019 release? Let us know on Twitter.