Many enterprises host mission-critical applications that run on Windows Server 2008R2 or older versions of Windows Server. Microsoft ended support for these older versions of SQL Server on January 14, 2020, including Windows Server 2008 and 2008R2. If these application environments are not upgraded, customers are at risk of exposing these servers to security vulnerabilities and other risks. Thankfully, you can use AWS to spin up thousands of instances to support your upgrade projects.

In this tutorial, we explain how to migrate your Windows Server 2008R2 workloads to AWS, leveraging AWS Managed Services, and upgrade the operating system in lieu of purchasing extended support.

Make sure that AWS Managed Services (AMS) is enabled in your AWS account, and that your account is onboarded to AMS. For more information on AMS, please visit the AMS page or contact AWS sales. CloudEndure automates the process of importing out-of-support AMIs (Amazon Machine Images) to the secure AMS Landing Zone.

Once the account is on-boarded to AMS and an AMS Landing Zone is established, you can migrate your Windows Server 2008R2 workload. CloudEndure is an ideal solution to migrate the server into the AMS Landing Zone. With CloudEndure, enterprise customers can install a lightweight agent on the on-premises server and perform a block-level replication into the AMS Landing Zone. Since the migrated EC2 instance is no longer supported, it is important to minimize its blast radius, or the limits to which a compromise can impact other resources. A Security Group can provide East/West isolation to solve this problem (sample provided in the following image). Thereafter, the Security Group will need to be modified to enable the connectivity needed to manage the instance which hosts the application. The final step is to execute the upgrade followed by testing and cut-over. 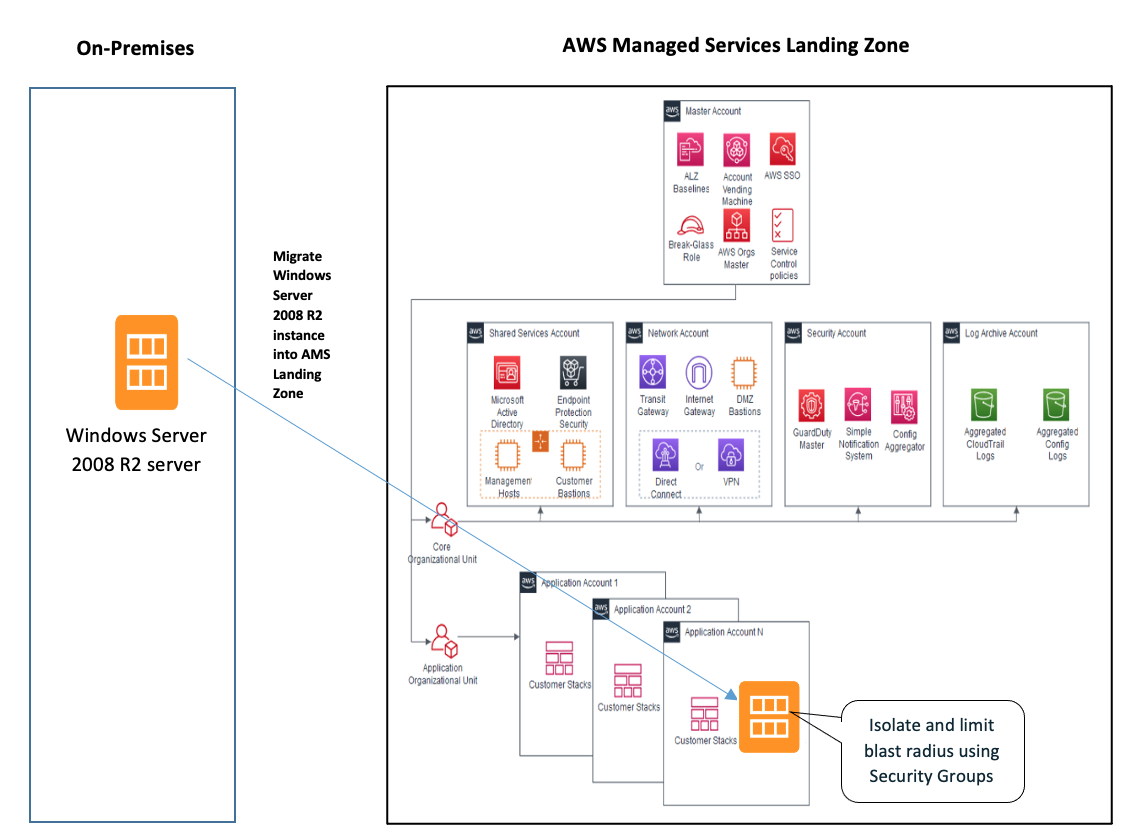 1. Work with your AMS team to ensure your Windows 2008R2 servers are ready to be ingested into an AMS Landing Zone.

2. Navigate to the “Managed Services” console within the AWS Management Console, click on “RFCs” on the left menu bar.

a. Change management is the process the AMS service uses to implement ‘Requests for Change’. An RFC is a request created by either you or AMS through the AMS interface to make a change to your managed environment and includes a change type (CT) ID for a particular operation. 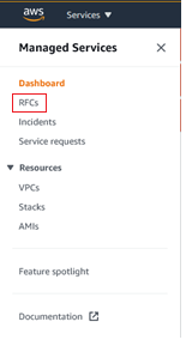 3. In the upper right-hand corner, click on “Create RFC” to begin the process of creating a Request for Change.

4. Select an RFC Change Type to initiate a Workload Ingestion. In this case, the Category would be Deployment, Subcategory would be Advanced stack components, Item would be EC2 stack, and Operation would be Create. 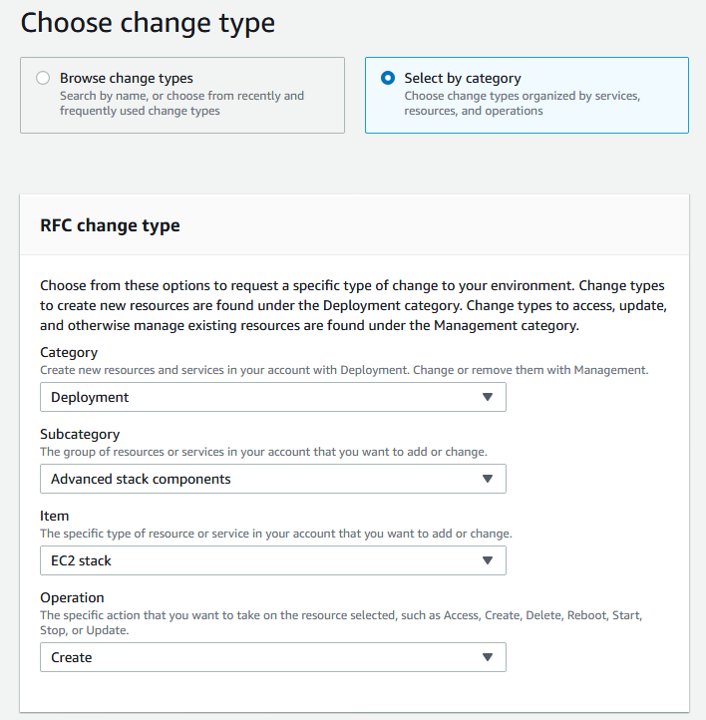 This RFC will ingest the Windows Server 2008R2 instance from the staging subnet to the Customer Application Subnet within the AMS Landing Zone.

5. Once the instance is ingested, apply the East/West isolation Security Group.

a. This connectivity should be known via discovery mapping. VPC Flow Logs can be used for this.

Step 2: Upgrade the instance to a supported Operating System

Before you upgrade, we recommend to create a tag on the instance with the key OriginalAMI and value of the AMIid of the Windows Server 2008 R2 instance. This is useful for recovering the instance, in the event the upgrade is unsuccessful.

1. Submit an RFC requesting a snapshot of the source (Windows Server 2008 R2) instance to be upgraded. 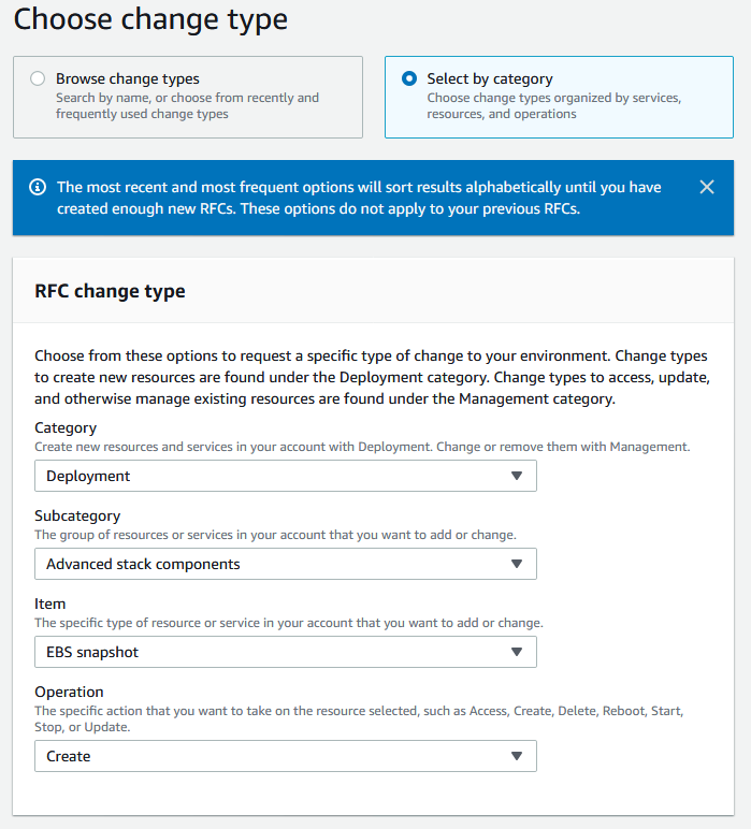 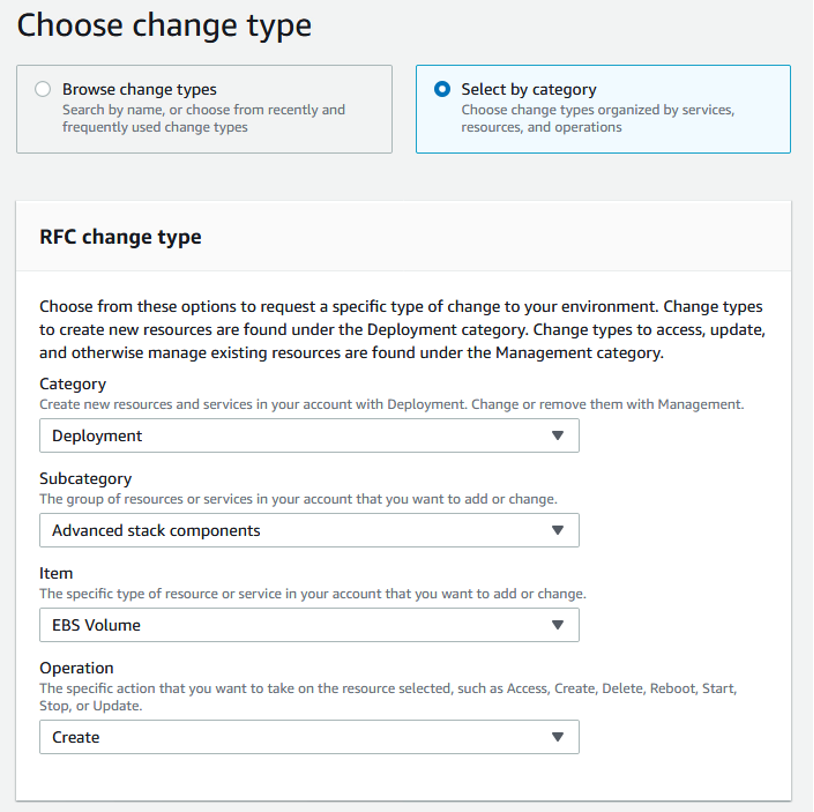 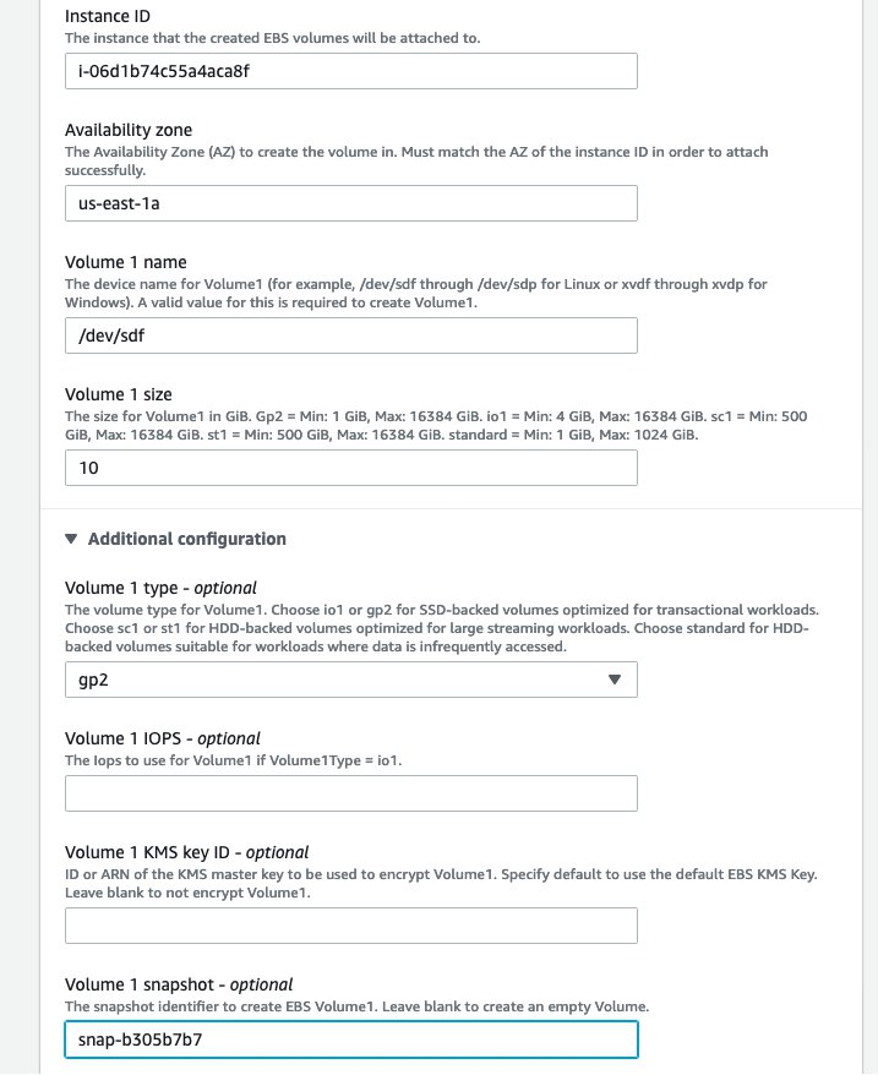 5.     Once the above RFC is executed, submit another RFC to obtain RDP access to the Windows 2008R2 Server. 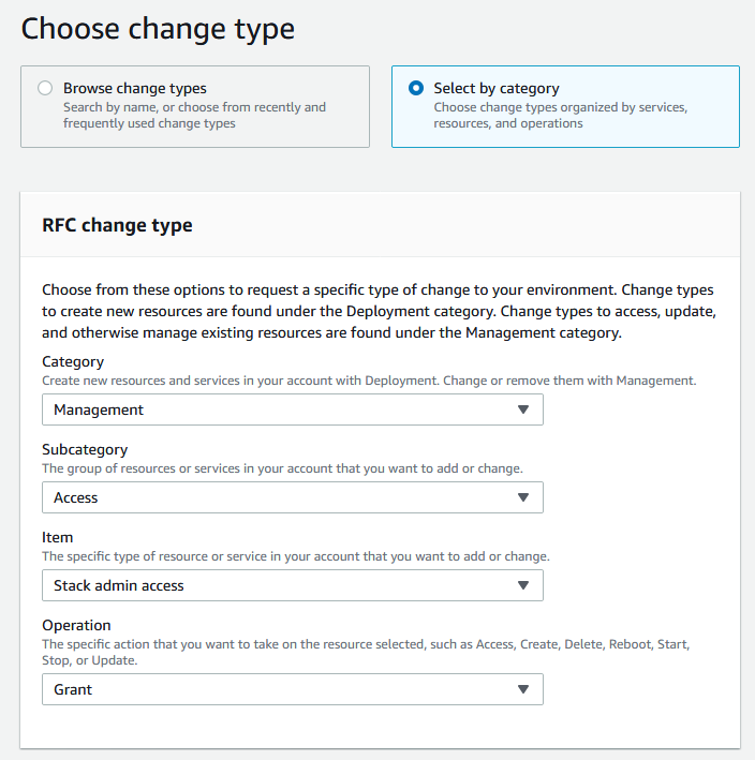 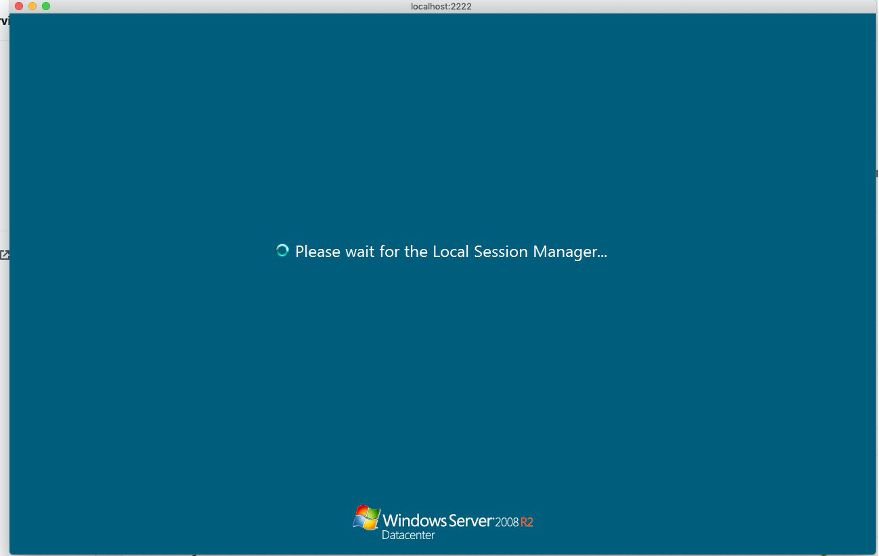 6.Verify that the Windows Server 2012 R2 media is mounted and attached to the machine. 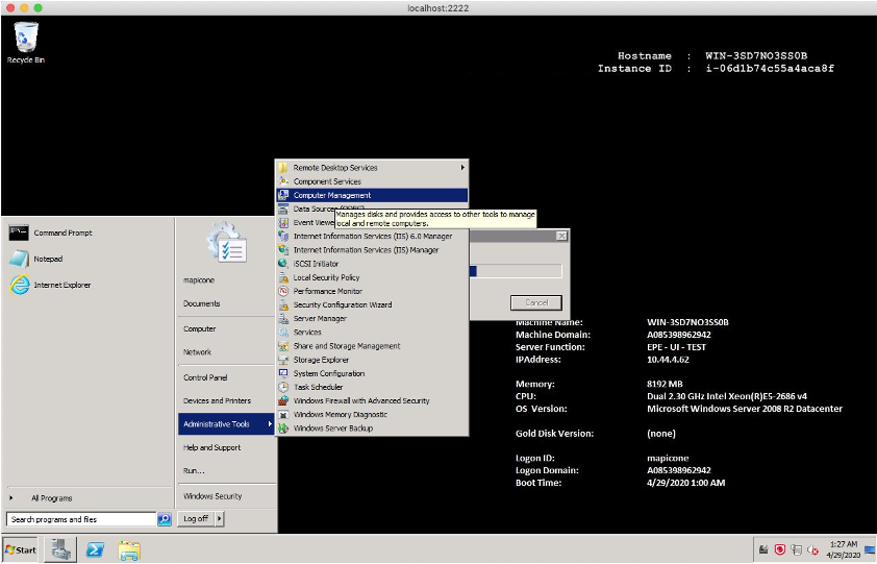 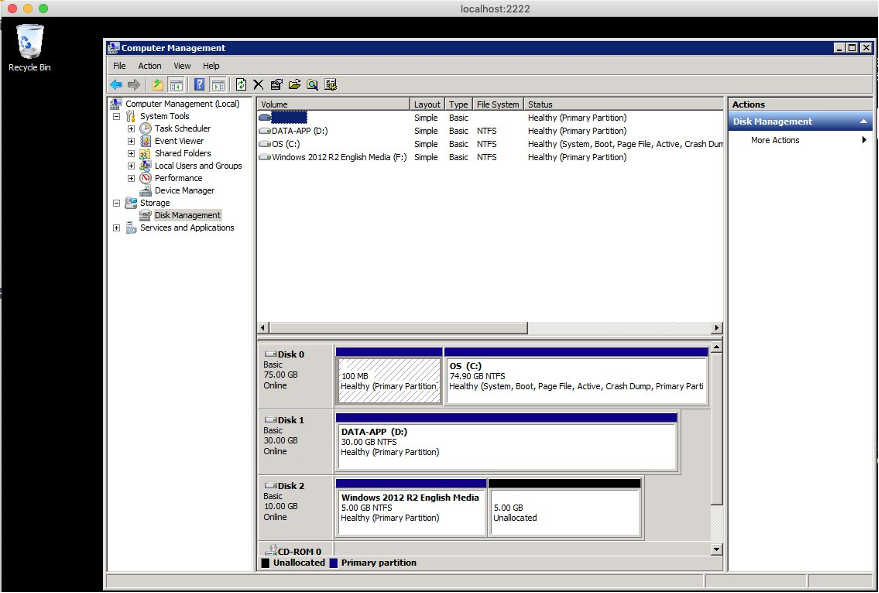 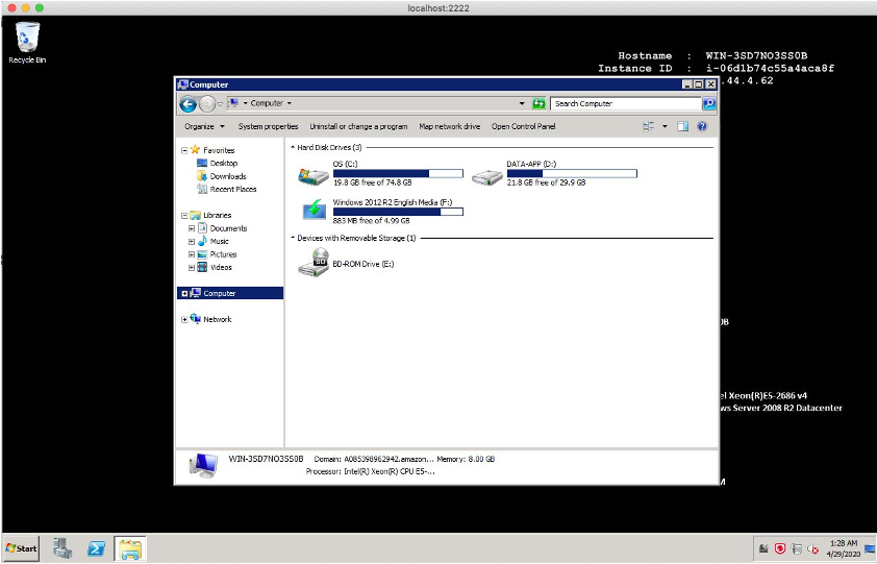 7. Open the media drive inside the machine and execute the setup install program. 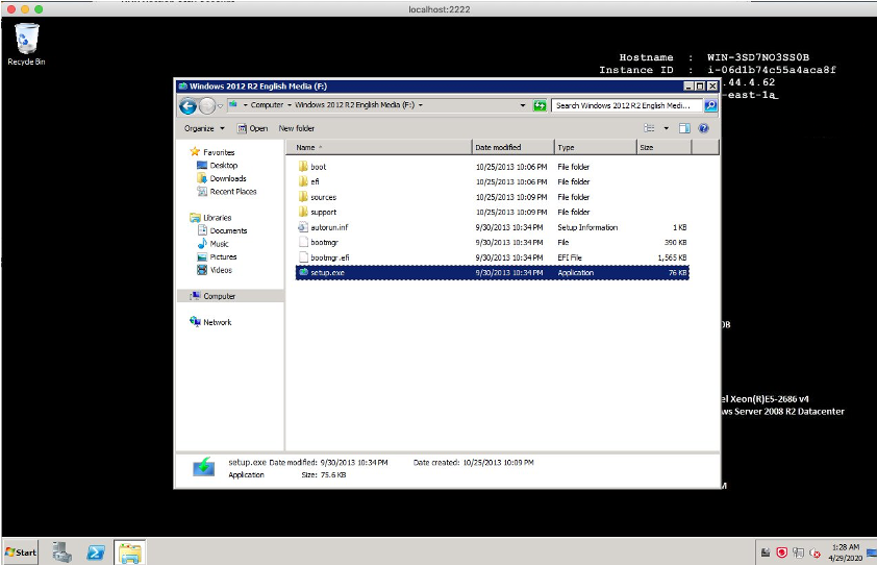 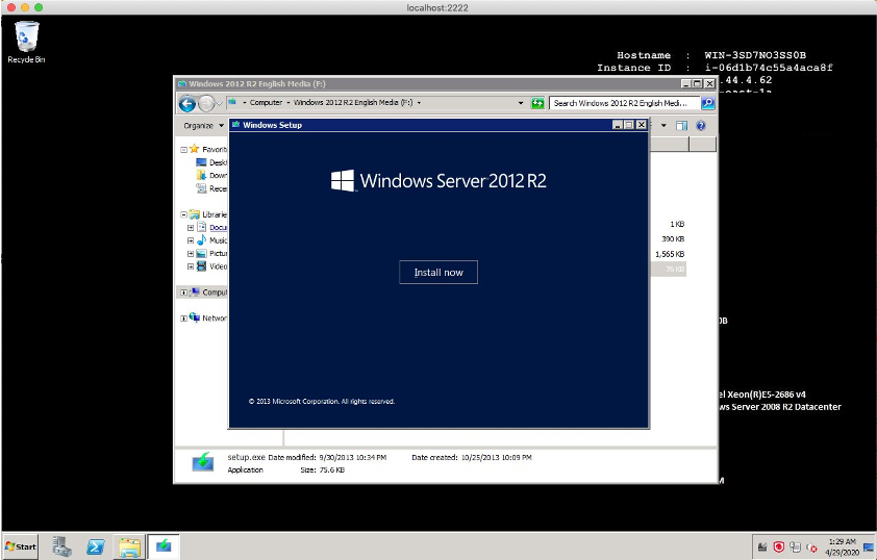 8. Accept the installation of updates. Make sure you are keeping the files and programs, and selecting the appropriate Windows version. 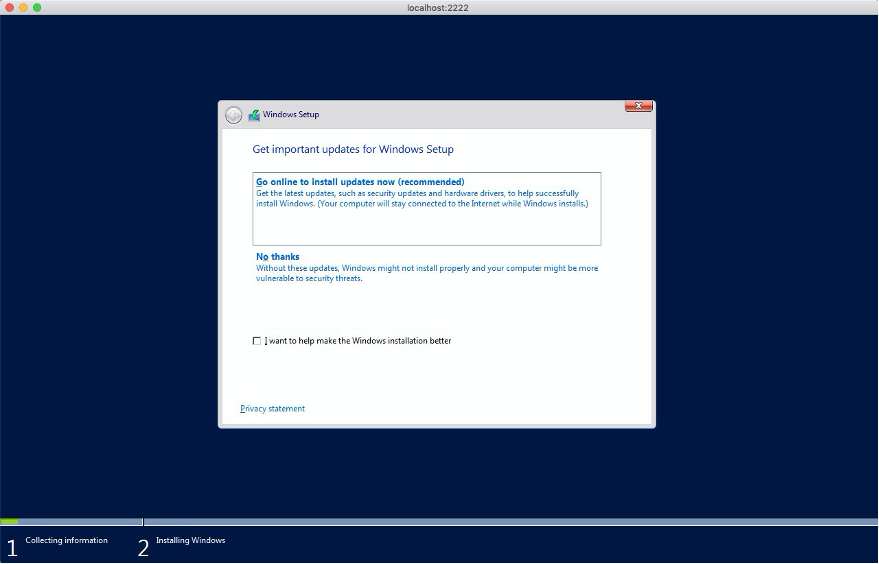 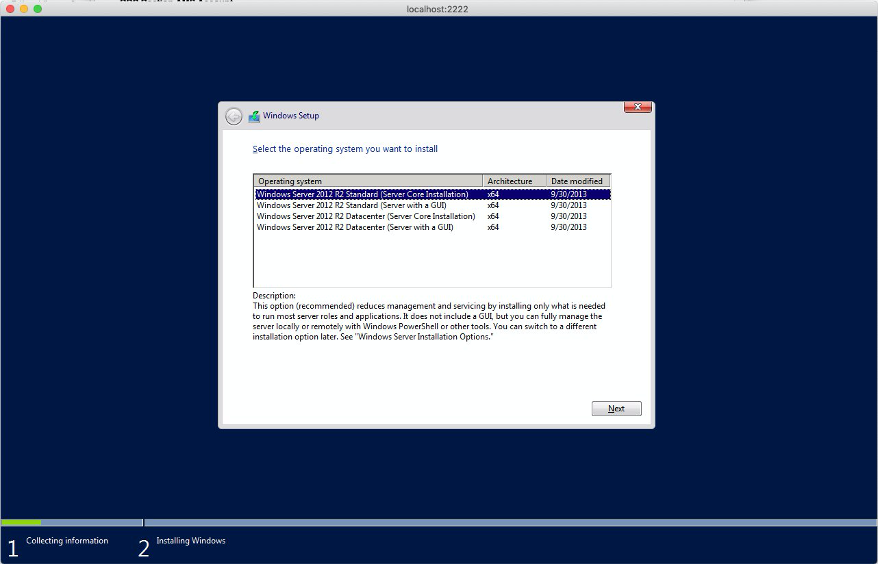 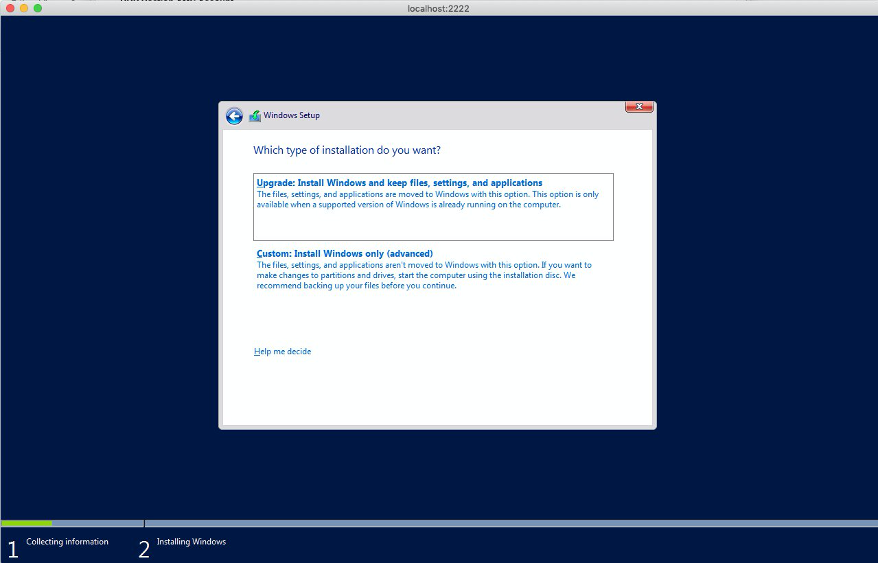 Your instance will be restarted and upgraded.

Once the upgrade is complete, the server requires additional updates such as security updates. Upgrade your server by running an on-demand patching job with AMS to ensure that it is up to date with security updates. 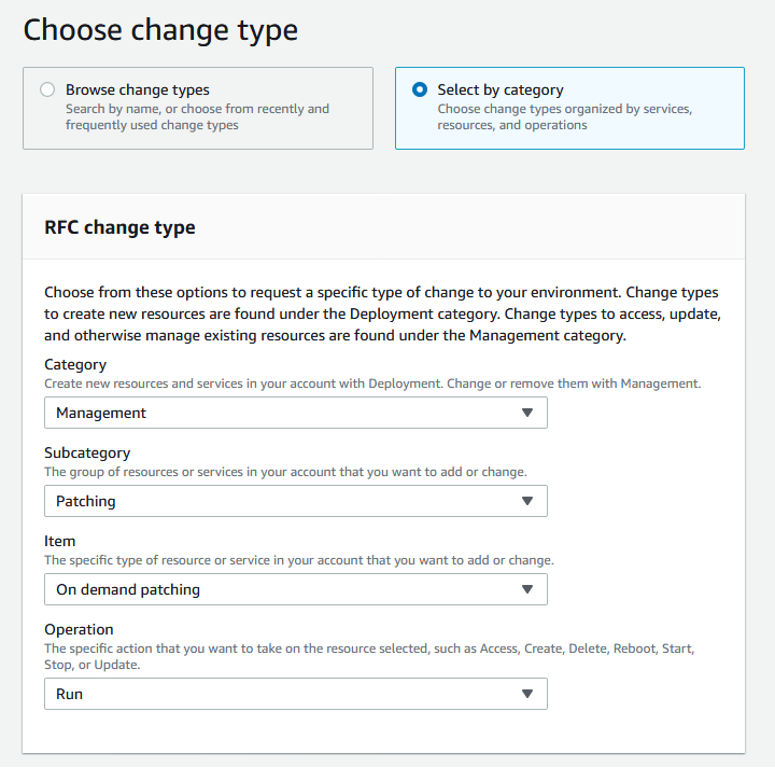 Now that the server is up-to-date, validate that the application(s) hosted on the server are functioning properly.

Once validation and testing are complete, perform a cutover to direct traffic to the upgraded and supported Windows Server 2012 R2 instance. This is done as part of the overall migration plan and should be coordinated with application and support teams.

As part of this overall solution, AMS recommends the below steps be taken. These are carried out by the AMS delivery team supporting the customer, with support from the AMS security team.

a. Because Windows Server 2008 R2 is end-of-life, AWS/AMS will coordinate a security gameday with the customer to cover potential security scenarios.

Running out-of-support versions of Windows Server instances poses a security risk to enterprises. On-premises upgrade projects require substantial investment in procuring the swing space and creating an isolated environment to run at-risk servers with a minimal blast radius. upgrading your Windows servers on AWS, you can mitigates security concerns by leveraging AWS’s vast infrastructure. Additionally, by upgrading your servers, you can create a path to modernize out-of-support Windows Server 2008 servers to retire technical debt and access the scalability and agility of cloud-native technology.

Asif Fouzi is a Senior Solutions Architect with over 20 years of experience across various technologies and industries. When he is not solving customer problems, he likes to play guitar, travel and spend time with his kids.

Michael McGarvey is a Senior Delivery Manager with AWS Managed Services. He has led a number of enterprise migrations and managed services delivery programs across various industry verticals and technologies. In his spare time, Michael likes to spend time with his wife and two small children, play golf, and travel.